When the Duchess of Cambridge gave birth to Prince Louis on 23rd April 2018 at St Mary’s Hospital, she carried on a royal tradition: introducing the.. 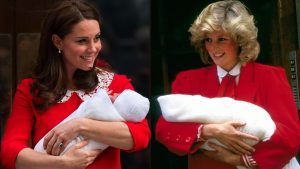 When the Duchess of Cambridge gave birth to Prince Louis on 23rd April 2018 at St Mary’s Hospital, she carried on a royal tradition: introducing the new baby to the world, on the steps of the Lindo Wing. She had previously done so with Prince George and Princess Charlotte.

On this occasion, Catherine wore a red dress with a white lace Peter Pan collar by Jenny Packham. At the time, many compared it to the red outfit worn by Princess Diana when she just gave birth to Prince Harry.

It’s true they were very similar styles, especially with the white collar and vibrant hue. Plus, it wouldn’t be the first time Kate had paid tribute to her late mother-in-law.

However, Twitter users have since made a spookier comparison: with Mia Farrow in horror movie Rosemary’s Baby. 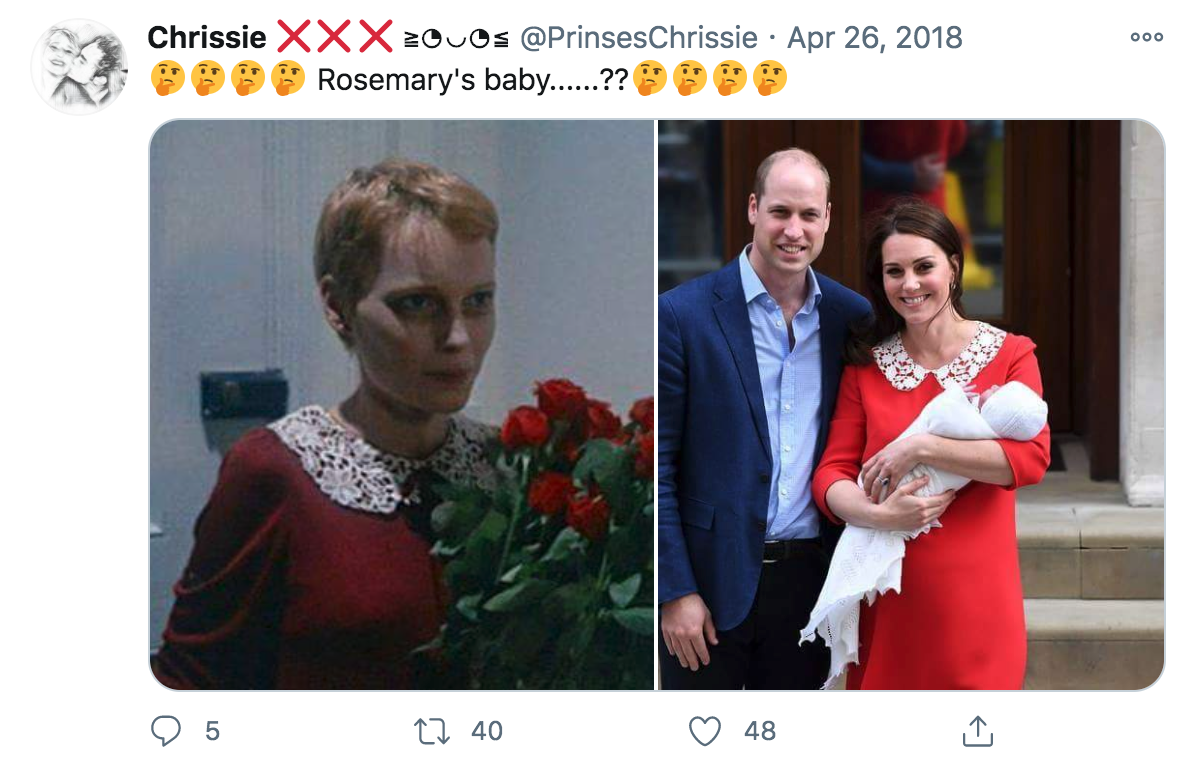 The actress also wore a red dress with lace collar in the movie, which centres around a young wife being tricked into having the devil’s baby.

When you look at the outfits side by side, the resemblance is quite uncanny, though I’m pretty sure Kate wouldn’t have made the connection.

Perhaps Jenny Packham took inspiration from the movie, or perhaps not. Either way, you’ve got to admire the investigative work of royal fans.