According to reports, Princess Charlene is under immense pressure to "follow Grace Kelly's steps".

Getty ImagesPrincess Charlene is one of the most talked-about women in the world, and from her marriage to Prince Albert of Monaco to her days as an.. 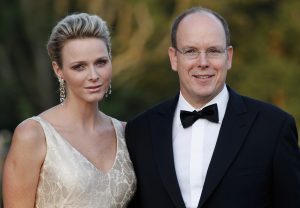 Princess Charlene is one of the most talked-about women in the world, and from her marriage to Prince Albert of Monaco to her days as an Olympic swimmer, she never fails to get the world talking.

It is her health issues that have made her headlines recently, with Princess Charlene only recently returning to Monaco after being grounded in South Africa for six months due to a ‘medical emergency’.

Within days of returning home however, Princess Charlene was admitted to a treatment facility where she remains for the time being.

People reported that Princess Charlene ‘is receiving treatment in a facility outside of Monaco’, with Prince Albert explaining that his wife is suffering with ‘profound exhaustion, both emotional and physical.’

‘[Her return] went pretty well in the first few hours, and then it became pretty evident that she was unwell,’ Prince Albert explained. ‘She was clearly exhausted, physically and emotionally. She was overwhelmed and couldn’t face official duties, life in general or even family life.’

According to royal experts, Princess Charlene has been under a great deal of pressure, something her title only adds to, with commentator Brittani Barger telling Express.co.uk: ‘Princess Charlene, being the Princess of Monaco and having to follow Grace Kelly in her footsteps, that’s a lot of pressure for anyone.’

Our thoughts are with Princess Charlene as she recovers.

The post Princess Charlene is reportedly under huge pressure to 'follow in Grace Kelly's footsteps' appeared first on Marie Claire.