Kate Middleton will replace Prince Harry in a senior role

Getty ImagesPrince William and Kate Middleton are undoubtedly the most talked-about couple in the world, stepping up to reassure and lead the nation.. 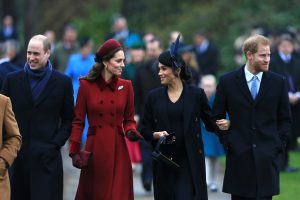 Prince William and Kate Middleton are undoubtedly the most talked-about couple in the world, stepping up to reassure and lead the nation amid the coronavirus pandemic and subsequent lockdowns.

In fact, Prince William and particularly Kate Middleton have been credited with keeping the royal family afloat this past year, amid multiple scandals, from Prince Harry and Meghan Markle’s Oprah interview to Prince Andrew recently being stripped of his titles.

Due to her immense popularity, Kate has seen multiple promotions, even tipped to replace Prince Andrew as the Grenadier Guards’ ‘Colonel’.

This week however it was a new patronage that made the Duchess headlines, as she was reported to be receiving a patronage that used to belong to Prince Harry.

The role in question? Patron of Rugby Football Union, something that is said to be announced ‘imminently’.

The Duke and Duchess of Sussex had to return their patronages in 2020 after they decided to step back from their senior royal roles. This therefore leaves their responsibilities vacant to be redistributed among other royal family members.

‘As the Prince Andrew scandal shows, the monarchy is in desperate need of reassuringly conventional royal performers,’ explained Patrick Jephson, a former worker for Princess Diana. ‘Catherine is just what these troubled royal times need. It’s no exaggeration that the Windsors’ future lies in her hands.’

Well, this is lovely.

Congratulations to the Duchess of Cambridge!

Read More
Did you miss our previous article...
https://lifestyle.delivery/fashion/are-you-obsessed-with-euphoria-here-are-the-topselling-dresses-for-ladies
theworldinfact