It's not what you would think...Ever since she married Prince William, Kate’s Middleton’s hair has been the obsession of many.There are many reasons..

It's not what you would think... 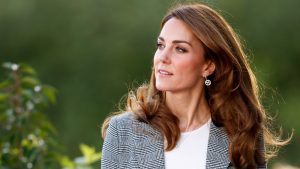 Ever since she married Prince William, Kate’s Middleton’s hair has been the obsession of many.

There are many reasons why, but we think it’s down to how healthy and bouncy it always looks. No matter the style, her hair always looks polished and it completes her looks.

The Duchess turned 40 this weekend and honoured the occasion with some stunning photographs, in which she displayed the most beautiful natural looking wavy hair. It’s non-stop fabulous hair.

If you would have asked us which of her hairstyles was popular, we would have assumed it would be her tradition-breaking wedding hair. However, it has been revealed by hair experts Longevita, that Kate Middleton’s most influential hairstyle of all time is in fact the fringe that she sported back in 2015. 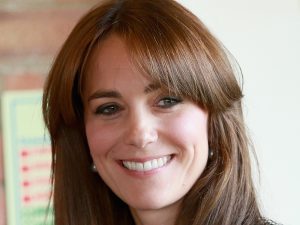 When she first sported the new style, searches for ‘Kate Middleton hair’ peaked at 426% above average.

We can gladly reveal, that we weren’t too far off with our original guess and the Duchess’ wedding hair came in second place.

In third position was her post-birth hair, when she appeared on the steps of the Lindo Wing having just given birth to Prince George.

And in 2013, when Kate added highlights to her brunette hair, searches spiked again, which takes fourth place.

The post You might be surprised by Kate Middleton's most popular hairstyle appeared first on Marie Claire.

By: Katie Thomas
Title: You might be surprised by Kate Middleton's most popular hairstyle
Sourced From: www.marieclaire.co.uk/royal-news/kate-middletons-most-popular-hairstyle-761225
Published Date: Mon, 10 Jan 2022 11:37:43 +0000