Getty ImagesPrince Harry and Meghan Markle may have stepped down as royal family members and relocated to California, but that certainly doesn’t stop .. 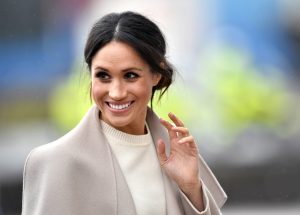 Prince Harry and Meghan Markle may have stepped down as royal family members and relocated to California, but that certainly doesn’t stop them from making headlines.

This past year has been no exception as the Duke and Duchess of Sussex confirmed the news that they would not be returning to royal duties, took part in a tell-all interview with Oprah and launched a documentary series on mental health.

They most recently announced the birth of their daughter, Lilibet Diana, releasing a moving statement to express how blessed they feel.

Meghan Markle continues to make the most news, from her viral Pimm’s cup recipe to the gift that she bought her future daughter from her Suits days. This week however, it was an honour that made the Duchess of Sussex headline news.

Meghan was announced this week as one of the ‘most respected’ royals, as voted for by the public.

A new poll by youth health charity stem4 saw 1032 people between the ages of 13 and 25 vote for the high profile names they respect the most, and Meghan was among those to receive the honour.

The Queen unsurprisingly took the top spot as the ‘most respected’ royal family member, with 26% of the the votes.

Next up however, was Meghan herself with 21% , sharing second place with her husband Prince Harry. And further down the list was Kate Middleton and Prince William, with 11% each.

‘To earn the respect of young people today you don’t need to earn a fortune or have good looks,’ announced Dr Nihara Krause, Founder and CEO at stem4.

‘It’s far more important that you show bravery, resilience, and compassion for others and for nature. Those are certainly qualities the Queen shares with some of the other names on this list such as David Attenborough and Marcus Rashford.’

Congratulations to everyone featured!

The post Meghan Markle has been named one of the 'most respected' royals by the public appeared first on Marie Claire.

By: Jenny Proudfoot
Title: Meghan Markle has been named one of the 'most respected' royals by the public
Sourced From: www.marieclaire.co.uk/royal-news/meghan-markle-most-respected-royals-740134
Published Date: Tue, 15 Jun 2021 09:06:35 +0000

Read More
Did you miss our previous article...
https://lifestyle.delivery/fashion/amazon-prime-day-hasnt-officially-begun-but-you-can-already-shop-these-early-deals
meghanmarklefamilymembers