No, it's not Prince Charles.Getty ImagesThe world is awaiting The Crown season five, with the highly anticipated Netflix instalment set to be to be..

No, it's not Prince Charles. 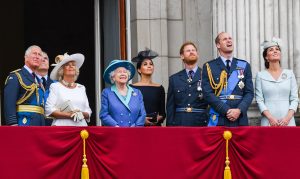 The world is awaiting The Crown season five, with the highly anticipated Netflix instalment set to be to be the most dramatic yet.

Season four of The Crown was met with high praise from everyone except, well, the royals.

Yes, while most royal family members remain uninterested in their portrayal, a few have taken particular offence.

Unsurprisingly, Prince Charles wasn’t too thrilled with his portrayal, with his team reportedly concerned for the future King’s popularity after the show’s brutal portrayal of the affair.

In fact, the backlash against Prince Charles got so loud that Clarence House’s official social media platforms had to disable their comments due to an influx of messages about Princess Diana and his treatment of her.

Another royal who was reportedly angered by the Princess Diana storyline is Prince William, with a royal source telling the Daily Mail that he ‘feels that both his parents are being exploited and being presented in a false, simplistic way to make money’.

There is one royal family member however who reportedly ‘loved’ their portrayal.

The royal viewer in question? Sarah Ferguson, Duchess of York, played in The Crown by Jessica Aquilina.

Fergie, as she is known, told Us Weekly that she ‘loved’ the way her wedding to Prince Andrew was portrayed in The Crown.

‘I thought it was filmed beautifully,’ she told the publication. ‘The cinematography was excellent. I loved the way they put my wedding in as well.’

So there is at least one royal fan of The Crown.

The post One royal family member actually 'loved' how they were portrayed in The Crown appeared first on Marie Claire.

Read More
Did you miss our previous article...
https://lifestyle.delivery/fashion/this-is-how-to-more-than-double-your-annual-vacation-in-2022