Getty ImagesThe Cambridges are undoubtedly the most talked-about family in the world, with the Duke and Duchess’ roles elevated over the past couple.. 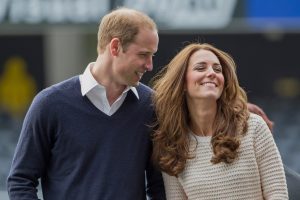 The Cambridges are undoubtedly the most talked-about family in the world, with the Duke and Duchess’ roles elevated over the past couple of troubling years.

The family of five has not only become more senior but more visible, splitting their time between their three official residences.

Kensington Palace’s ‘Apartment 1A’ (more like a four-storey mansion) is their most known abode, with the Duke and Duchess moving in back in 2017. And while their other residences are more private, the family also frequently visits its homes in Norfolk and Balmoral, Anmer Hall and Tam-Na-Ghar, respectively.

This week however it was reported that the Cambridges were considering a relocation to Windsor, allowing the family to get out of busy London while remaining close to the capital.

“Neither William or Kate have ever been London people and have never enjoyed the chaos of the city,” Royal expert Katie Nicholl told OK! Magazine. “Whilst their home at Kensington Palace is highly secure, they have often felt overlooked and that they lacked privacy. The older their children get, the more apparent this has become. They love being at Anmer. But they need a base that is close to the capital so they can easily return for public engagements and events. Windsor seems like the ideal situation.”

She continued: “The castle is huge in itself and is the Queen’s permanent residence now but there are other housing options for them. Everything is on the table and up for the discussion.”

There is even reported to be a Windsor property that they are considering – Fort Belvedere, known as the Queen’s forgotten castle, or ‘The Fort’ within the fold.

According to The Mirror, the castle which was originally built for Prince William Augustus between 1750 and 1755, is located in Windsor Great Park and has been set aside for Kate and Wills.

Well, this is exciting.

Read More
Did you miss our previous article...
https://lifestyle.delivery/fashion/four-ways-to-incorporate-cbd-into-your-wellness-routine
princewilliamintheworld