And it's quite a departure from the royal table manners you'd expectThe Duke and Duchess of Cambridge visited Joe’s Ice Cream Parlour in the Mumbles.. 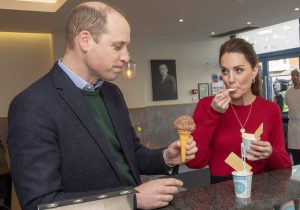 Arguably, there’s nothing better this time of year than staying cosy at home and indulging in your favourite takeaway. It turns out, this is also how Prince William and Kate Middleton like to enjoy their time while off duty at Kensington Palace — as long as William holds back on one particular messy habit.

In 2018, the couple visited an RAF base in Cyprus for the opening of a new recreation facility. As he admired the new decor of the room, William joked: “Keep the pizza off the sofas”.

Kate then revealed her husband’s annoying habit, replying: “You’re a nightmare with that”, reported the Express. 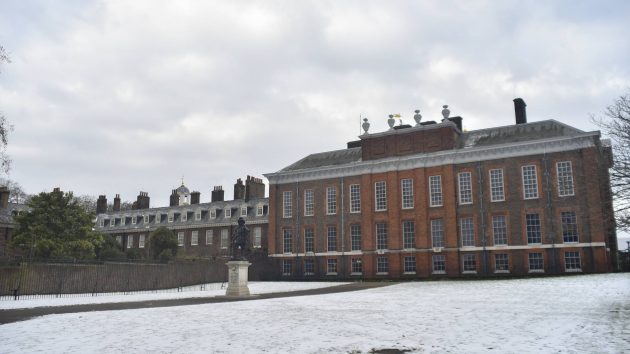 Kensington Palace in the snow.

But pizza isn’t the couple’s favourite cuisine. When asked about her top takeaway choice during an interview on BBC Radio 1 in 2017, Kate said: “Curry, definitely.”

The Duchess went on to explain that the couple can’t share their dishes as her choices are too spicy for William.

Meanwhile, during an appearance on That Peter Crouch Podcast, William explained his preferred Indian dish. “Chicken masala, love that, a bit of flavour — I’m not a vindaloo man, put it that way,” he said.

William also confessed that he struggles to decide what cuisine to go for when choosing a takeaway — just like the rest of us. One thing’s for sure, all this talk of pizza and curry has got our mouths watering.

The post Apparently, Prince William has a messy takeaway habit that winds up Kate appeared first on Marie Claire.

Read More
Did you miss our previous article...
https://lifestyle.delivery/fashion/for-a-restful-night-of-sleep-the-best-weighted-blankets
habitduchessofcambridge