Getty ImagesPrincess Diana was a true trailblazer, from her iconic style moments to her determination to be human, even abandoning the royal protocol .. 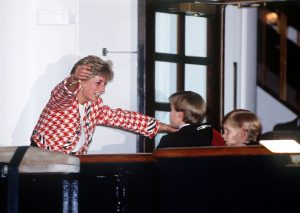 Princess Diana was a true trailblazer, from her iconic style moments to her determination to be human, even abandoning the royal protocol of wearing gloves so she could have direct contact with people that she met. She later went on to stop wearing hats, famously saying, ‘You can’t cuddle a child in a hat.’

Unafraid to break royal protocol, Princess Diana was a real pioneer, with news resurfacing this week that she’s actually responsible for changing the way that royal women give birth.

Royal births going as far back as the 1840s meant undergoing a ‘twilight sleep’, whereby the baby would be pulled out with forceps while the mother was under general anaesthetic, something that Queen Victoria and Queen Elizabeth II both opted for in order to have a painless drama-free birth.

Not only did Princess Diana choose to remain awake and have a natural childbirth, she also chose to give birth standing up, with natural childbirth expert Sheila Kitzinger recalling that Diana didn’t want to lie down, choosing to ‘give birth in an upright position.’

‘I said that Charles looked strong enough to hold her,’ Kitzinger recalled. ‘And that is what happened.’

She continued: ‘It was the first active royal birth – a complete contrast to the queen’s.’

Princess Diana’s most famous decision when it came to giving birth however, was her choice to buck the royal tradition of giving birth at Kensington Palace, instead choosing to have her babies at St. Mary’s hospital in Paddington, something that her daughters-in-law Kate Middleton and Meghan Markle, have followed, with Prince George, Princess Charlotte and Prince Louis even born in the same wing.

Princess Diana – ever the trailblazer!

Read More
Did you miss our previous article...
https://lifestyle.delivery/fashion/kim-kardashians-skims-has-teamed-up-with-fendi-in-a-major-way
iconicstylebehuman