Costco has announced several new changes that could be affecting warehouses across the U.S. in 2022. The well-known chain has already carried out a..

Costco has announced several new changes that could be affecting warehouses across the U.S. in 2022. The well-known chain has already carried out a number of changes in the past year such as recalling some of its popular drinks, discontinuing some products, and several pandemic-influenced food court adjustments.

Between the impending supply chain shortages, price increases, and COVID-19 safety protocols, it can be challenging to keep up with all the new changes. Here are some of the biggest differences you'll see in the warehouses. (And for more here are the 6 Things You'll See at Costco This Year.) 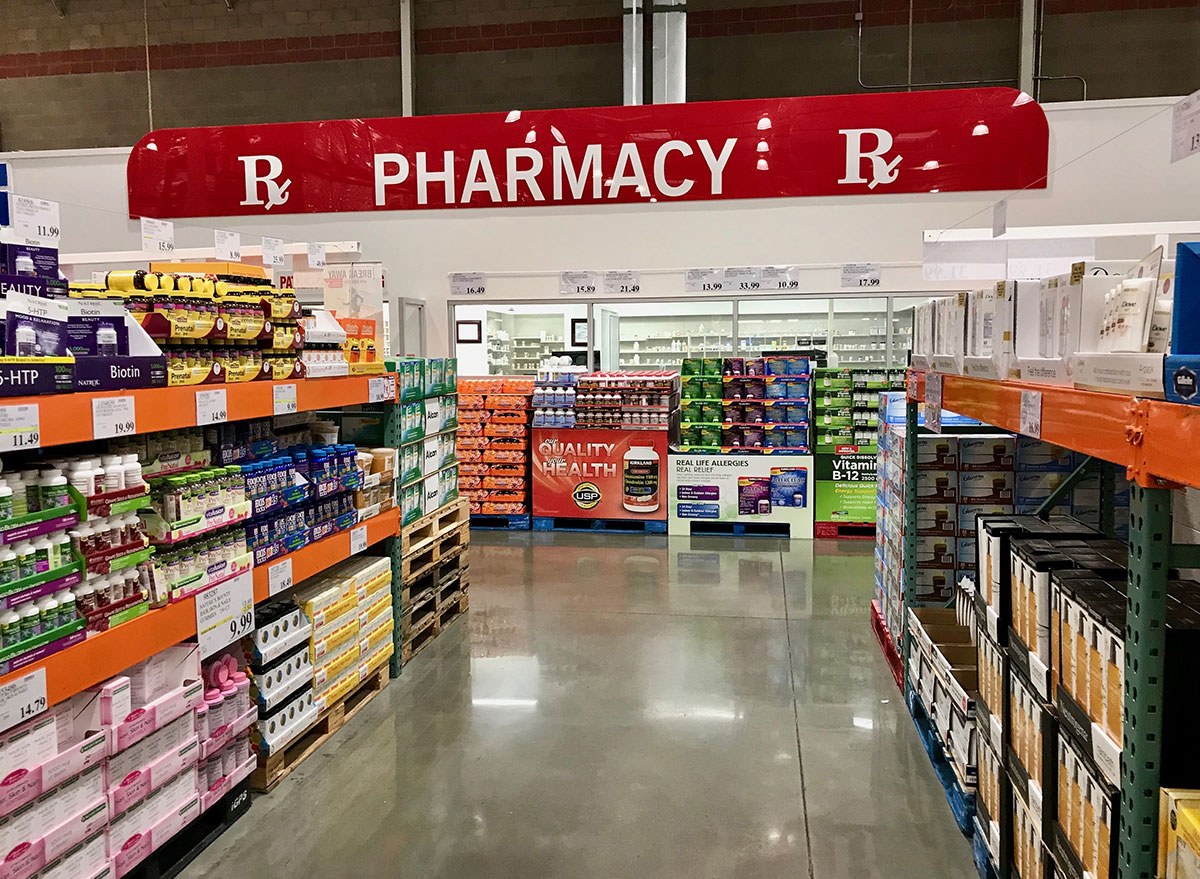 In partnership with the Centers for Disease Control and Prevention (CDC), 400 million N95 masks are headed to grocery store pharmacies across the county. N95 masks are a type of respirator that—according to the Mayo Clinic—"offers the highest level of protection."

The CDC says that while surgical N95 masks should only be used in medical settings, people can choose between nonsurgical N95 and KN95 masks, which shouldn't be in short supply.

Costco, along with other major retail brands like Walmart, Kroger and Meijer are participating in the federal initiative, and members should be able to pick up three soon.

To get all the latest Costco news delivered right to your email inbox every day, sign up for our newsletter!

More store openings are in the works. 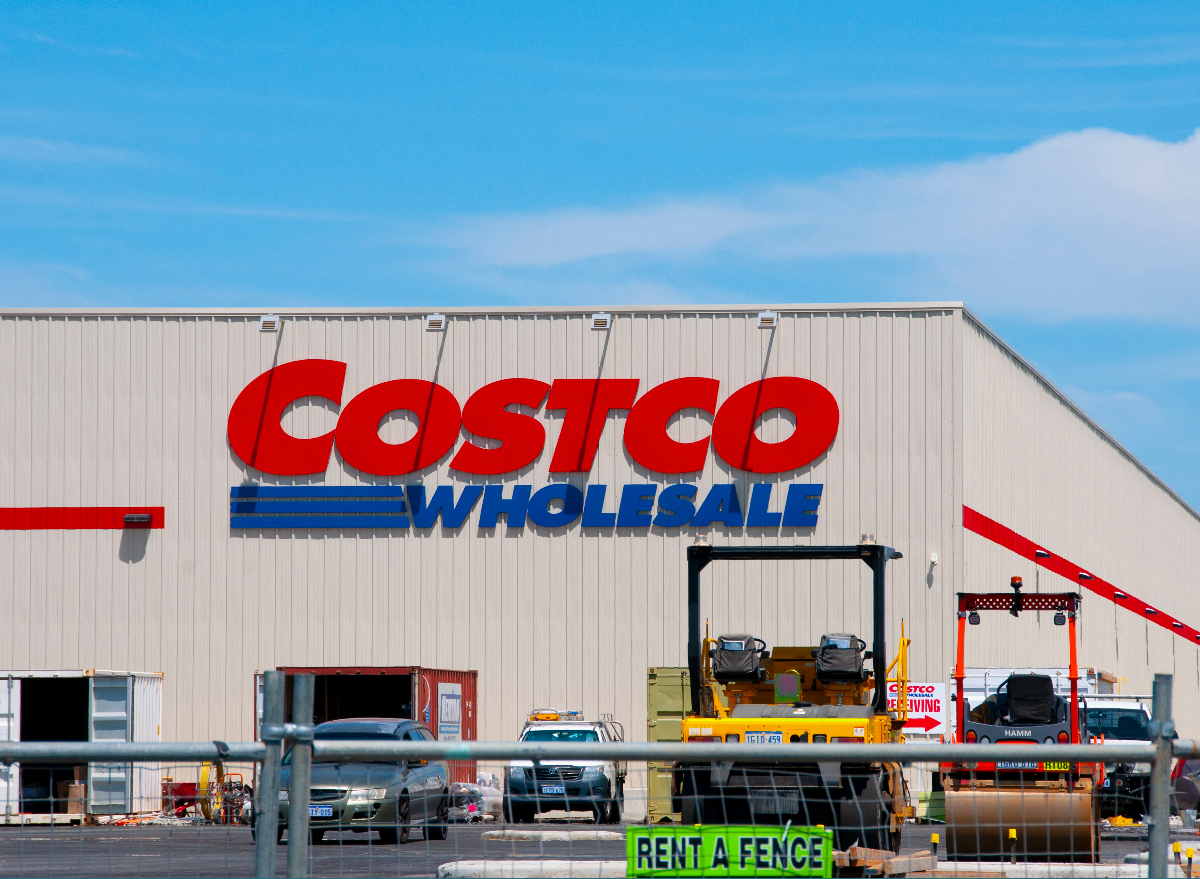 Most recently, the retailer submitted plans to build a warehouse in Maine—the first one in the state. But it may take longer for Maine residents to see a store since the Scarborough planning board rejected Costco's plans to build a store there. Local news sources report that the planning board wants to see "alternative plans for the layout of the buildings before agreeing to anything." Until then, you can expect to find new store locations in Melbourne, Fla. and Kelowna, British Colombia, Canada, and six other states soon.

Shortages are happening once again. 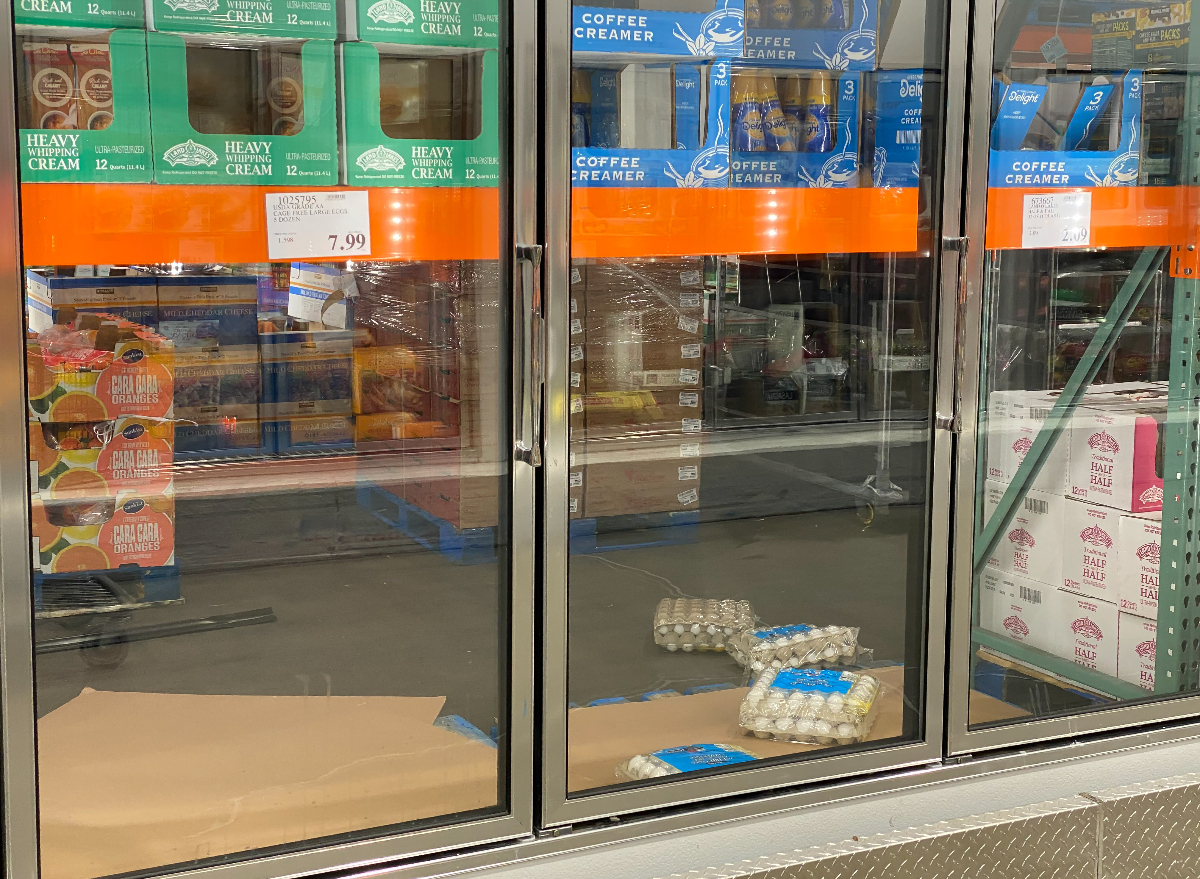 We've already seen purchase limits on a number of items throughout Costco's warehouses, including water, protein shakes, and diapers. Members might continue to have some difficulty locating store products.

Thanks to supply chain issues and the labor shortage affecting businesses of all kinds, items may not be in stock like they used to. Toilet paper, pet supplies and even warehouse employees are in short supply. Only time will tell if shoppers should expect this to become a lasting change.

More pickup lockers are being added to Costco warehouses. 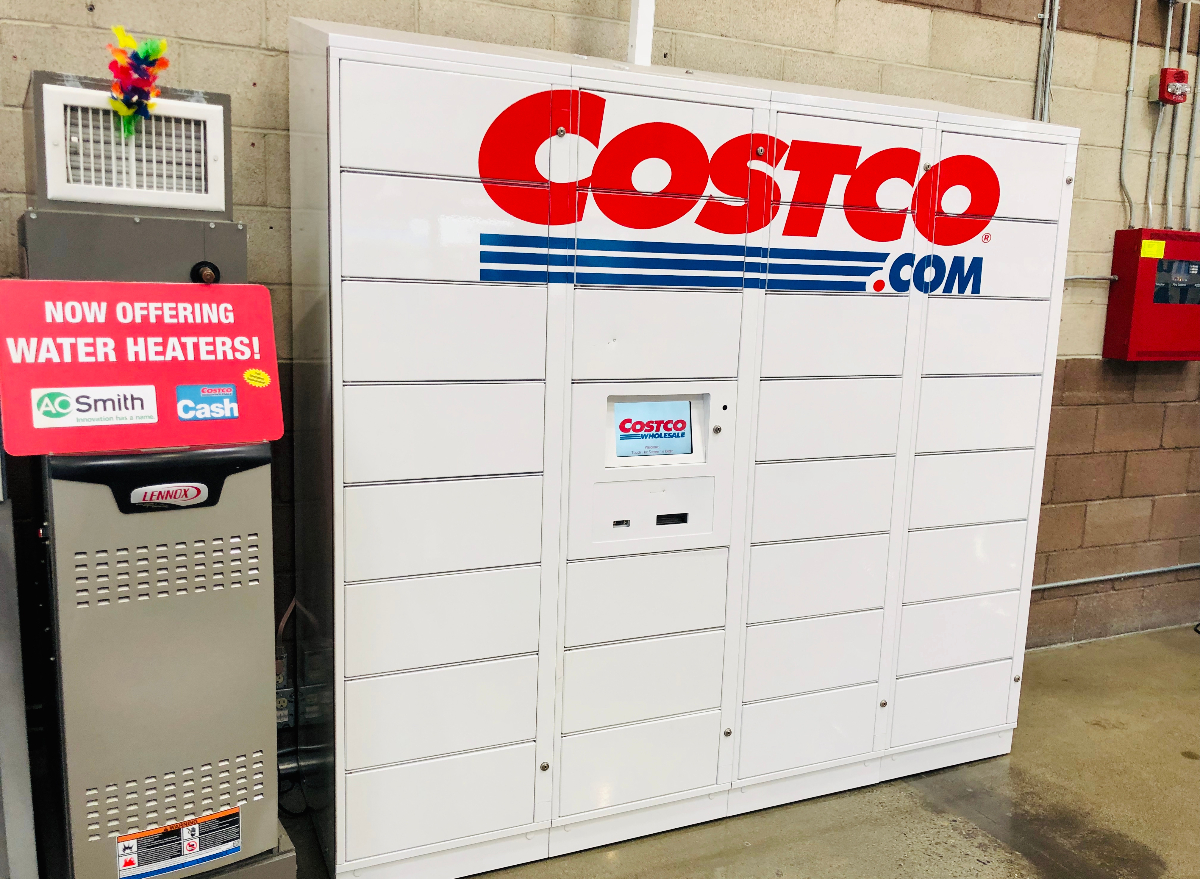 If you haven't seen the white pickup lockers at your local warehouse yet, they could be on the way. The lockers—while only available in 112 stores right now—are for any orders placed online where the lockers are available.

CFO Richard Galanti says that the company has "… plan[s] to more than double that number during calendar year 2022." Alongside the lockers, members may notice more e-commerce kiosks in the near future.

"Overall the experience is similar to other pickup lockers (like Home Depot) for orders placed online for pickup in store," wrote Reddit user u/tiembo when discussing the installation of lockers in Redwood City, CA last summer. "The steps were: enter a PIN sent via email, pick up merchandise and the receipt that the kiosk prints out, and show receipt at the door."

There's an increased push for a climate change plan. 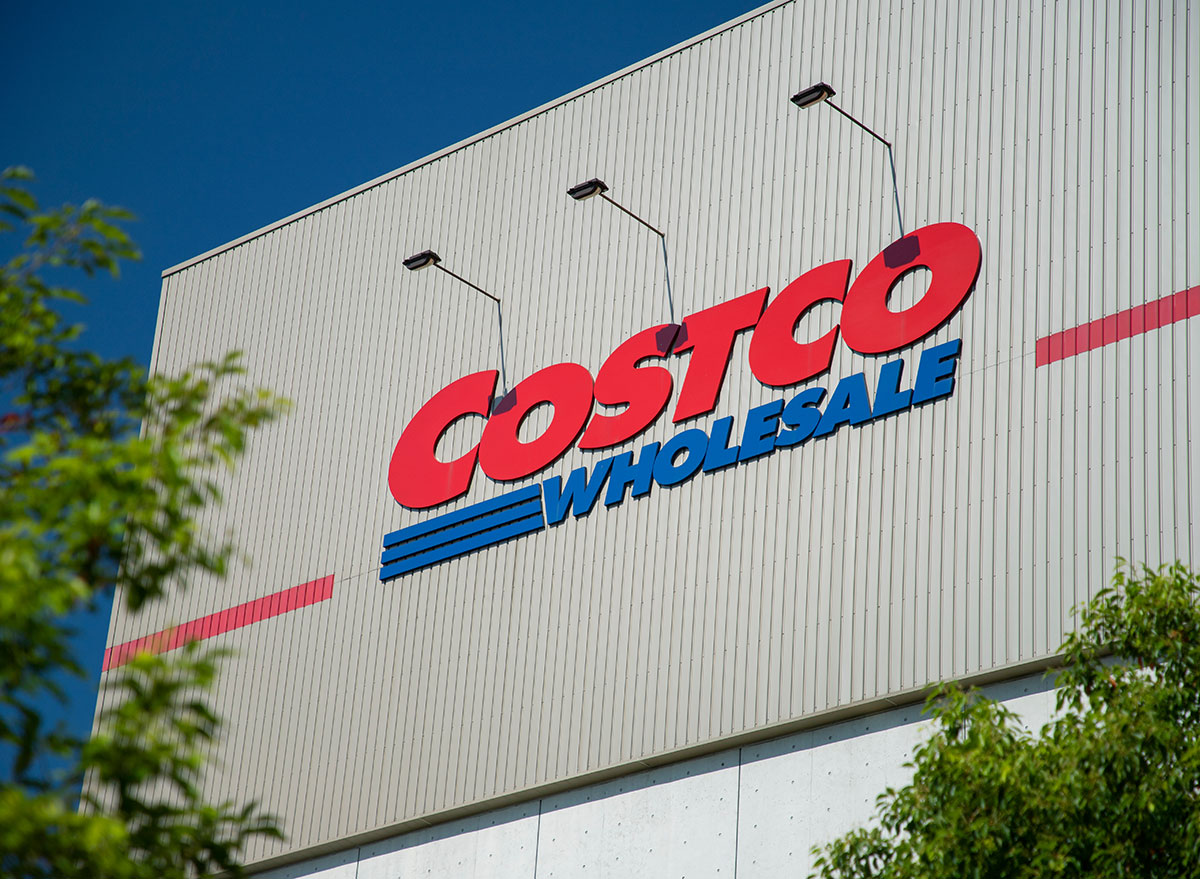 The company has been called on by investors to do its part to reduce greenhouse gas emissions. According to The Wall Street Journal, Costco shareholders have voted on a resolution for the retailer "to make plans to reach net-zero greenhouse-gas emissions by 2050 or sooner…."

This puts more pressure on the company to make changes that are in line with the shareholders' desires. WSJ adds that when it comes to both operations and energy purchases, Costco would cut emissions by 2% a year, which doesn't include its supply chain.

Another change that is happening? Costco Is Adding These New Items to Its Online Store.

The post 5 Costco Changes Members Need to Know About Right Now appeared first on Eat This Not That.

Read More
Did you miss our previous article...
https://lifestyle.delivery/health-fitness/i-am-a-doctor-and-warn-you-not-to-enter-here-this-week
newchangesrightnow