Science reveals that eating brown rice has one major side effect

Rice can serve as an affordable, nutrient-dense addition to any meal. And because it comes in so many different varieties, like white, brown, black,..

Rice can serve as an affordable, nutrient-dense addition to any meal. And because it comes in so many different varieties, like white, brown, black, bamboo green, and even pink rice, it can be difficult to know which is the healthiest for us to choose.

But it's safe to say that for American consumers, the two most common choices would be between white or brown rice, and they aren't that different from one another.

Brown rice is the whole grain, and white rice is the result of simply removing the outer bran layer. The bran layer that is removed for white rice contains many different types of nutrients, which is why some people choose to eat brown rice instead of white.

And although there are some great health benefits to brown rice, like potentially lowering cholesterol and reducing the risk of diabetes and certain cancers, you may be curious about the downsides. One major negative side effect of eating brown rice is that it contains higher levels of an anti-nutrient called phytic acid.

RELATED: Sign up for our newsletter to get daily recipes and food news in your inbox!

How does it affect your health?

According to a report published in The International Journal of Food Sciences and Nutrition, phytic acid in food is known to limit the body's absorption of minerals, specifically iron, zinc, magnesium, and calcium. In other words, even if you're eating foods with these minerals, phytic acid might rob your body of actually benefiting from the nutrients you're consuming.

Many scientists use the term digestibility to calculate how much of a nutrient is being absorbed by a consumer. This number is found by comparing the levels of nutrients consumed to the levels of the same nutrient found in the person's feces.

A report from Comprehensive Reviews of Food Science and Safety states that although the overall digestibility of brown rice is lower than that of white rice, there are certain ways to lower the effects of its phytic acid content.

How to lower the effects of phytic acid 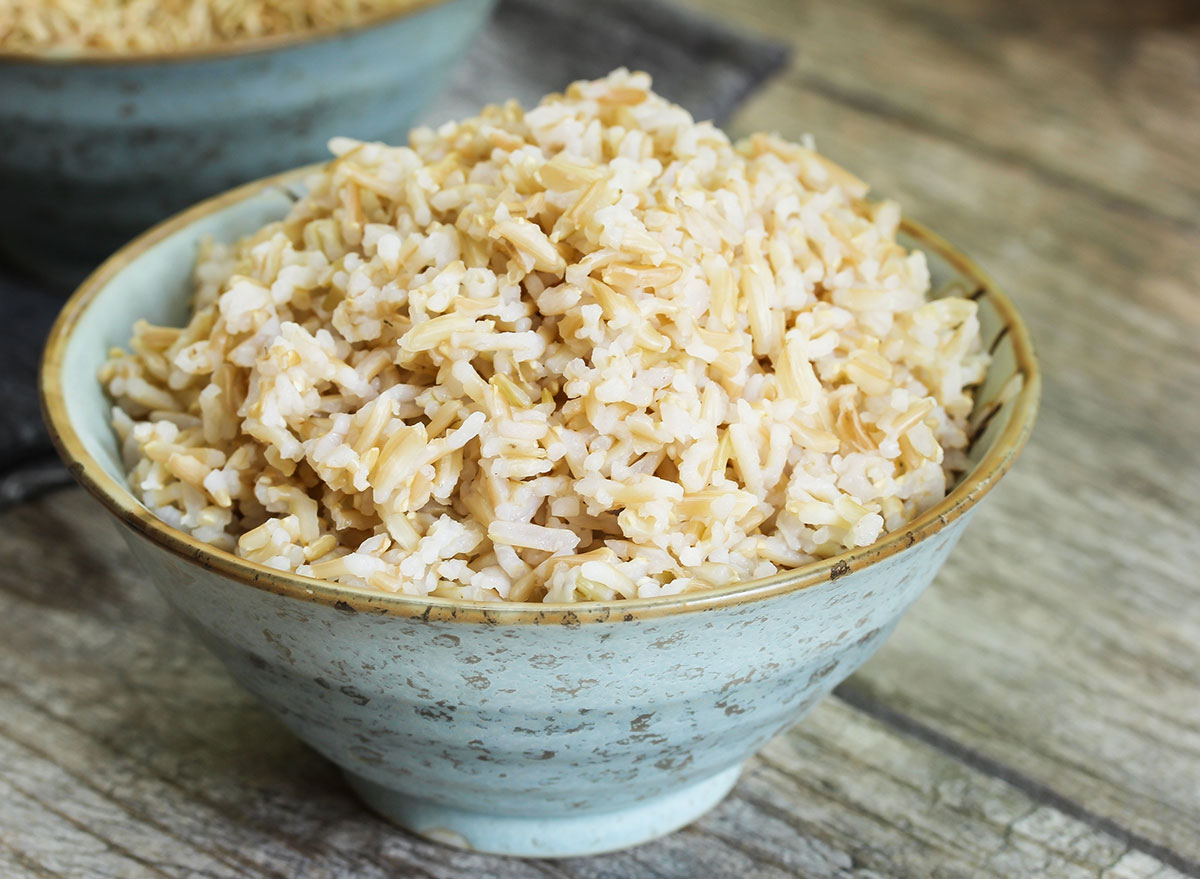 The Harvard School of Public Health believes that although the phytates found in rice can lead to some negative effects on your absorption of minerals, the pros of eating brown rice still outweigh the cons.

And in order to keep eating brown rice and avoid higher levels of phytic acid, Foods Journal suggests soaking brown rice at higher temperatures before cooking to remove some of the natural phytates.

Harvard Health also suggests brown rice that is soaked or sprouted before its cooked is going to contain lower levels of phytic acid.

One last thing that Harvard Health mentions is that phytic acid inhibits most of its mineral absorption with the foods that are being eaten at the same time.

This is why Harvard suggests not eating a ton of the same phytate-heavy food in one meal, and instead, spreading it out when you can.

The post One Major Side Effect of Eating Brown Rice, Says Science appeared first on Eat This Not That.