Study finds that James Bond would have been infected with all these infectious diseases, according to study findings

James Bond might be one of the top secret agents on the big screen, but he has done his fair share of exposing himself to infectious agents. A..

James Bond might be one of the top secret agents on the big screen, but he has done his fair share of exposing himself to infectious agents. A hilarious new study published in Travel Medicine and Infectious Disease dubbed No time to die: An in-depth analysis of James Bond's exposure to infectious agents takes a deep look at Bond's risky behavior over the years. "While researchers tend to be well informed of the risks they could encounter while traveling, the same cannot be said for some secret agents," explain the study authors. "James Bond is an exemplar of reckless disregard for occupational health but serves as a useful tool for drawing attention to the important issue of infectious disease risk while working and traveling. With that in mind they opted to "comprehensively review" Bond's exposure to infectious diseases during his 3,113 minutes of screentime in James Bond movies spanning from 1962 to 2021. Read on to find out more—and to ensure your health and the health of others, don't miss these Sure Signs You May Have Already Had COVID.

1 He Exposes Himself to STDs 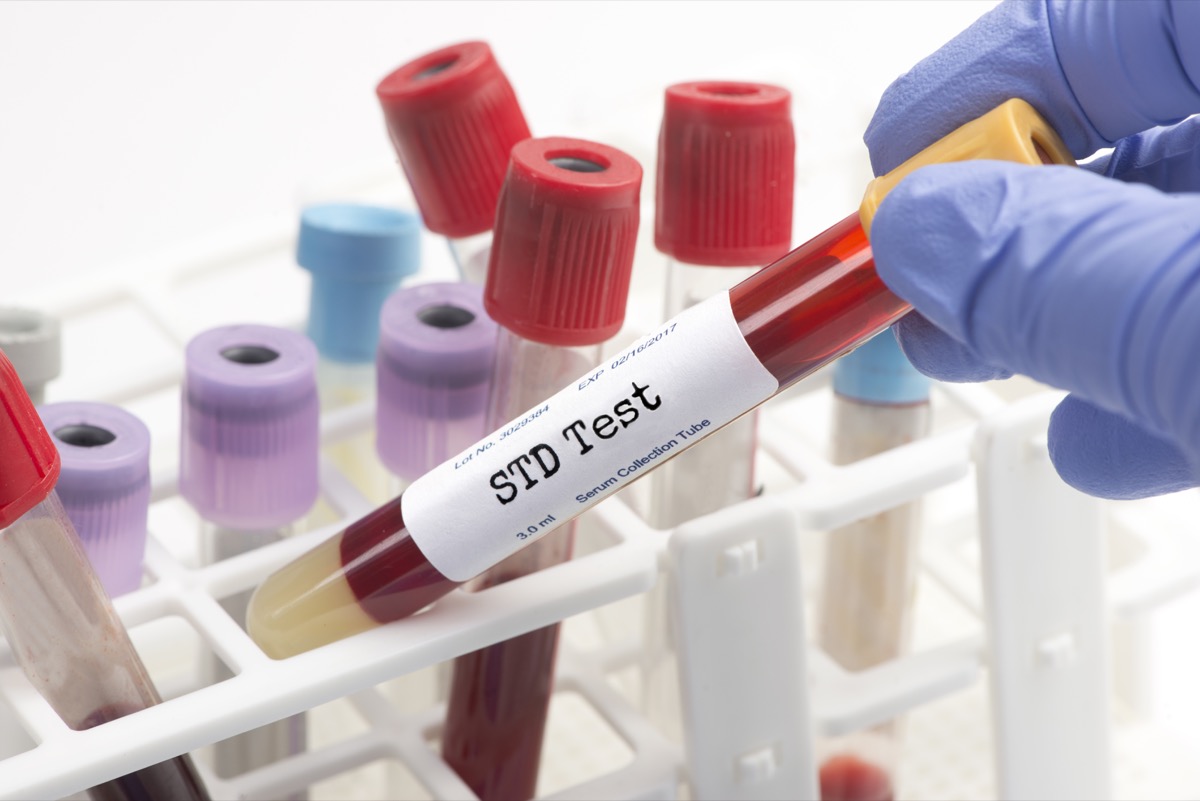 Bond's sexual encounters were analyzed by researchers. "We uncovered above-average sexual activity, often without sufficient time for an exchange of sexual history, with a remarkably high mortality among Bond's sexual partners (27.1; 95% confidence interval 16.4–40.3)" they write. They found evidence of 59 liaisons (mean of 2.4 per film) only three of which resulted in a long-term relationship. "Bond clearly belongs to the 20–34% of international travelers who engage in casual sex and of whom approximately half do not use a condom," researchers write. However, they did note that "sexually transmitted infections played no obvious role" in the deaths of his cohorts. 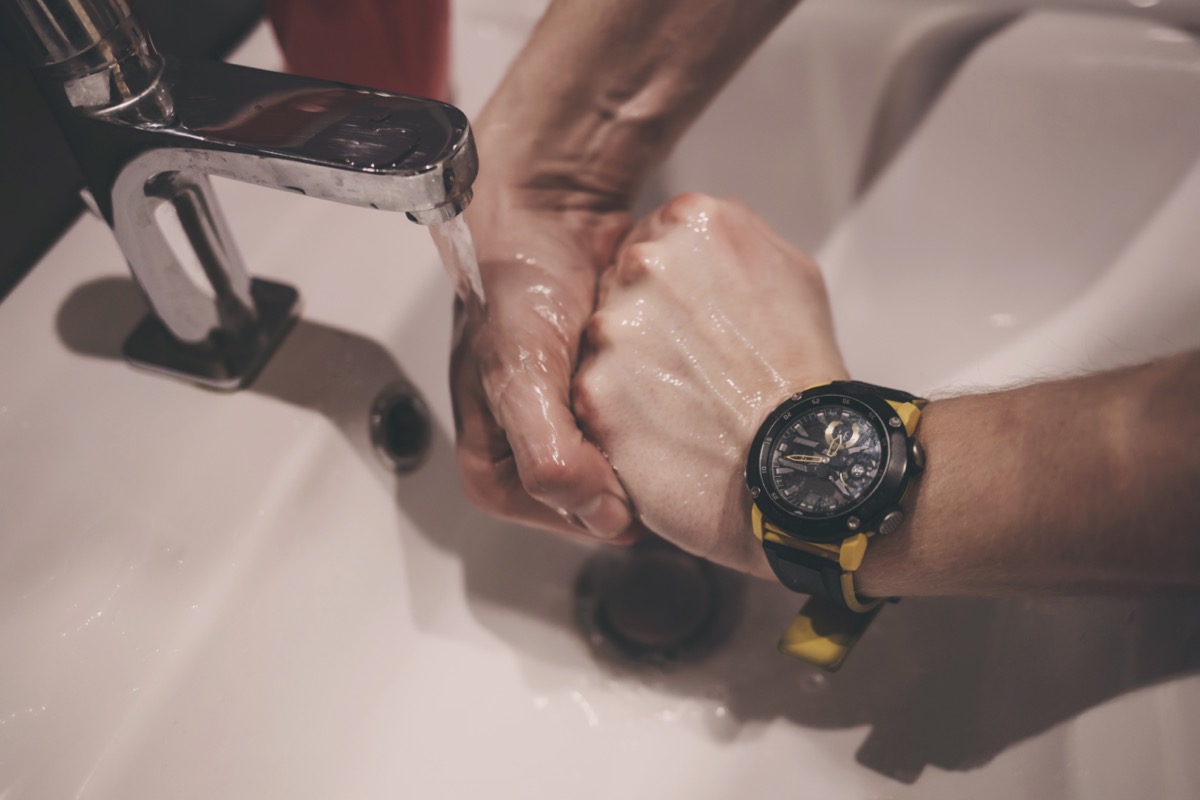 In terms of food hygiene, they note that Bond only appears to wash his hands twice in all the films, and neglects to even after handling raw chicken in one scene. He also fails to wash fruit, "despite bacteria thriving on fruit skins, and repeatedly risks vibriosis, norovirus and hepatitis infection by eating uncooked oysters," and consumes copious amounts of alcohol.

RELATED: The #1 Thing to Take to Reduce Your Visceral Fat

3 He Is Prone to Flu-Like Infectious Viruses 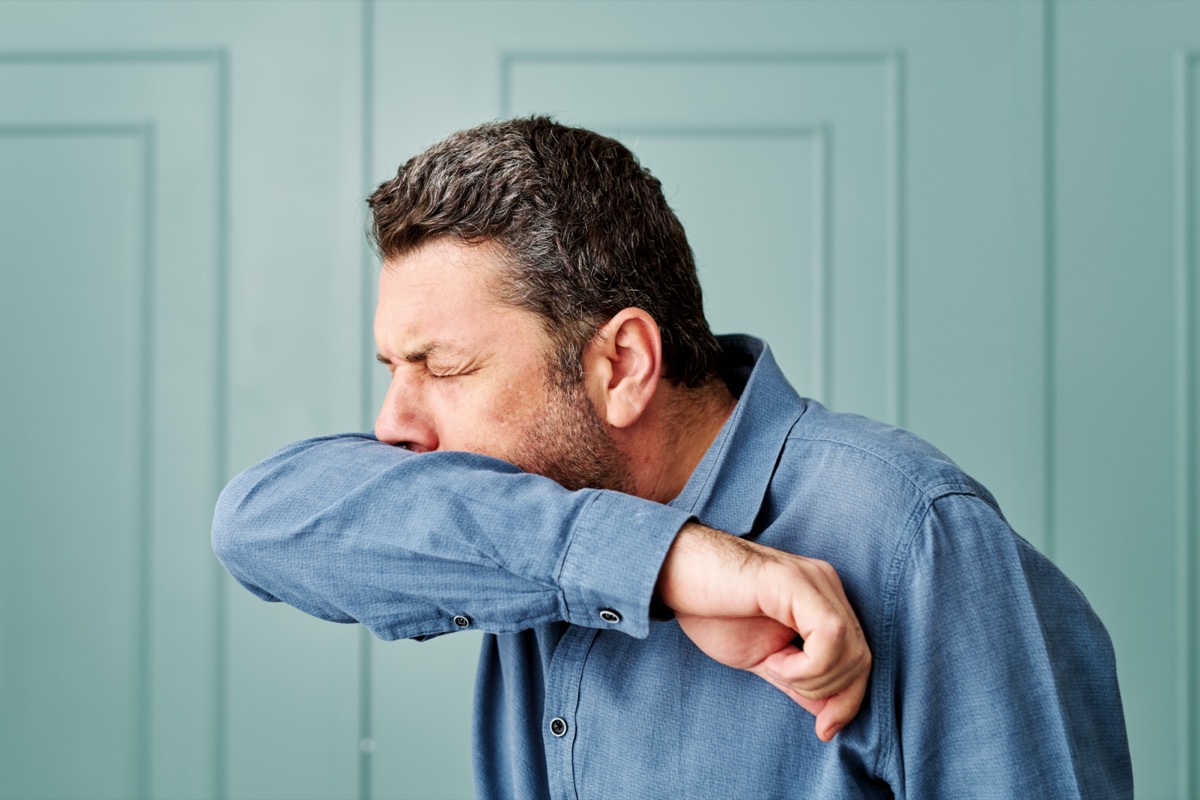 They also note that Bond has exposed himself to a number of viruses. "While Bond was traveling to Japan (1967) shortly after the H2N2 pandemic (1957–1958), his actions were at odds with knowledge on the different modes of respiratory virus transmission. Bond regularly joined crowds without social distancing, including on public transport," they note. "More worryingly, in an attempt at disguise Bond covered his face and mouth with a facemask used recently by another person."

RELATED: I'm an Infectious Disease Expert and Here's Which Booster Brand to Get

4 He Exposes Himself to Arthropod-Borne Diseases 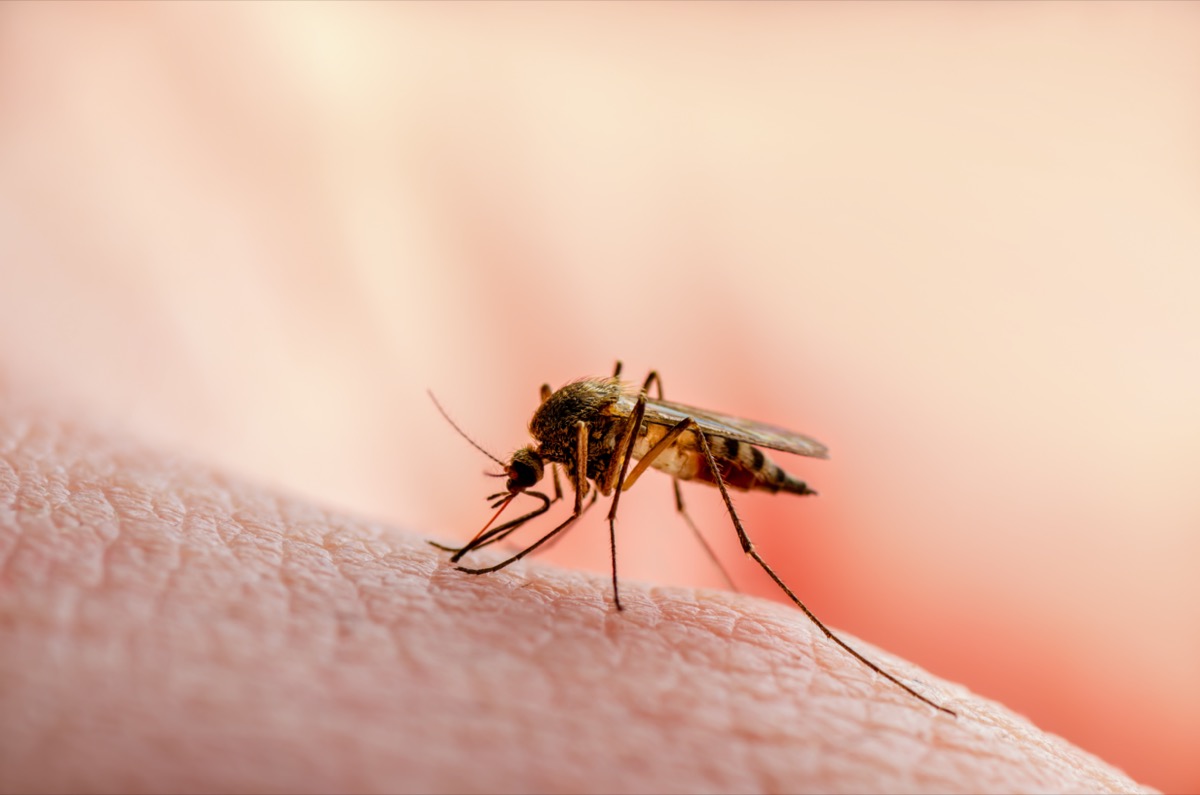 Bond also exposes himself to arthropod-borne diseases. Despite ongoing transmission of malaria, dengue and chikungunya in several of Bond's destinations," including Bahamas, Jamaica, and India, "he fails to take even the most basic precautions against insect bites and is sometimes misled by local wisdom," they note, specifying several instances where he takes reckless actions in regard to local bugs.

5 He Exposes Himself to Vector-Borne Diseases 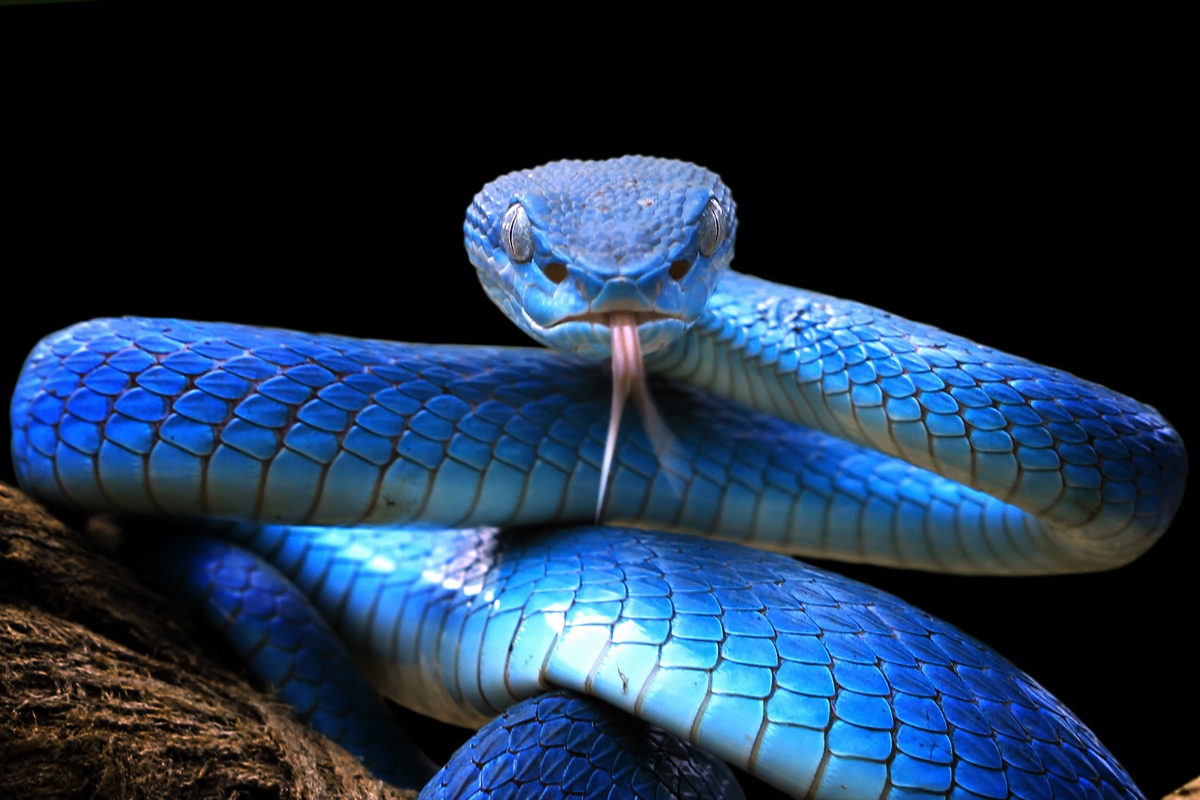 Bond has also put himself in a number of risky situations with other vector borne diseases, exposing himself to rats, leeches, and snakebites, and neglected tropical diseases.

RELATED: These States Have "Out of Control" COVID

6 He Is Prone to Many Travel Associated Health Risks 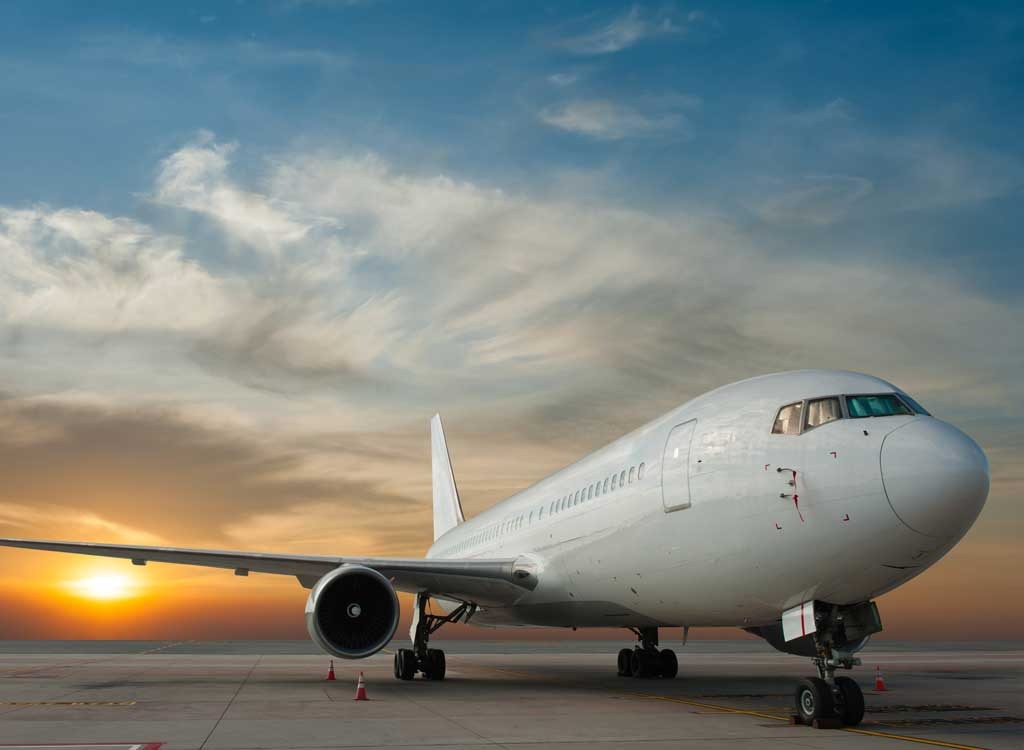 Other travel associated health risks, exposing himself to infectious diseases while traveling, risking decompression sickness during dives, failing to hydrate, exposing himself to heatstroke, and even failing to ever apply sunscreen. "Overall, we found Bond poorly prepared for travel-associated health risks and particularly naïve to the threat of infectious disease," they note. As for yourself, don't be a hero: To get through this pandemic at your healthiest, don't miss these 35 Places You're Most Likely to Catch COVID.

The post James Bond Would Have Gotten All These Infectious Diseases, Study Finds appeared first on Eat This Not That.

Read More
Did you miss our previous article...
https://lifestyle.delivery/health-fitness/the-sales-at-this-major-burger-chain-are-slowing-down-dramatically
jamesbondbeone