Welcome back to 10 Things in Politics. Sign up here to receive this newsletter. Plus, download Insider's app for news on the go — click here for iOS..

Welcome back to 10 Things in Politics. Sign up here to receive this newsletter. Plus, download Insider's app for news on the go — click here for iOS and here for Android. Send tips to [email protected]

Here's what we're talking about: 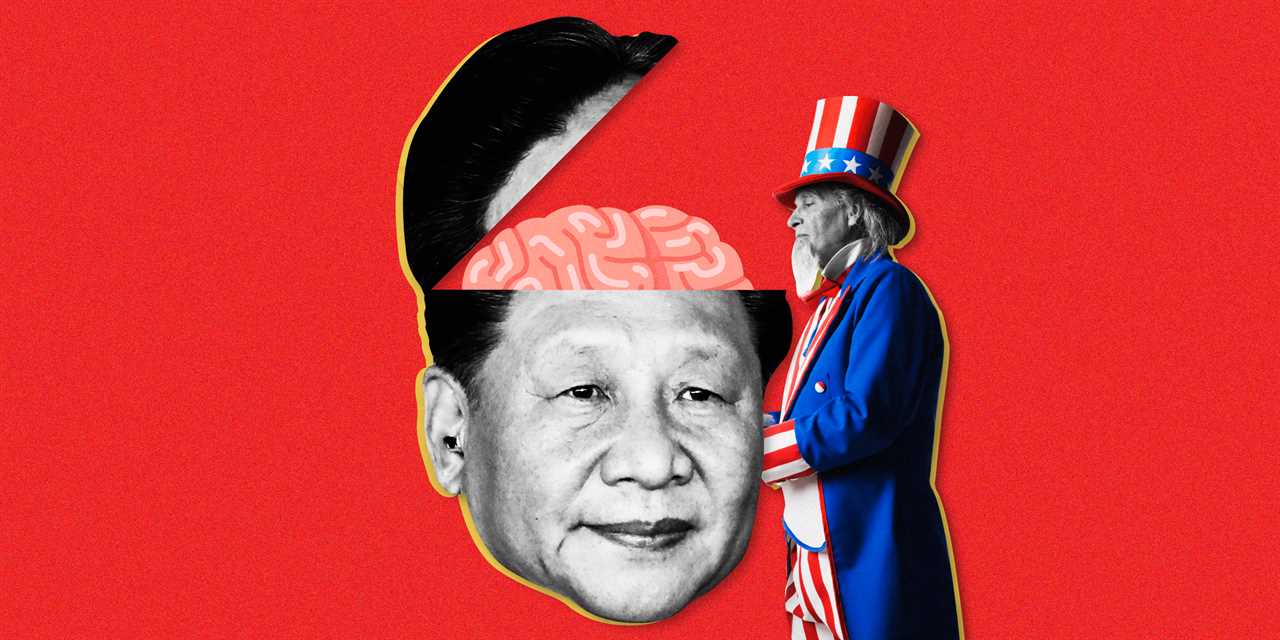 Chinese President Xi Jinping has become the country's most powerful leader since Mao. His aggressive style will reshape China and put it on a collision course with the rest of the world.Original photo by Palácio do Planalto; 13/11/2019 Declaração à Imprensa. Foto: Alan Santos/PR; CC BY 2.0; additional graphics by Marianne Ayala/Insider

1. BIG TROUBLES MAY LOOM IN CHINA: Xi Jinping's pursuit of greatness is now squarely in line with China's own ambitions. Communist Party elites capped a year of upheaval in China by virtually erasing Xi's predecessors from history and cementing his status second only to Chairman Mao. "What Beijing is doing is chaotic, but it all flows from Xi's ideology," Insider's Linette Lopez writes in her latest deep dive into what's unfolding in Beijing.

Here are some other key highlights from her piece:

Xi has adopted a more aggressive posture at home and abroad: He "fears that Chinese society will splinter, drifting away from the CCP's core tenets," my colleague writes, adding, "Xi sees a pluralistic society as a threat."

Read more about how Xi Jinping's rise to power and why experts say the US should be careful about how it responds.

2. At least 5 people reported dead after an SUV driver plowed through a parade in Wisconsin: During a Christmas parade in Waukesha, Wisconsin, a driver of a red SUV barreled through barricades and into the parade behind a school, resulting in at least five deaths and more than 40 injuries, authorities say. Here's what we know so far.

3. Biden has privately told allies he's running in 2024: Concerns over President Joe Biden's sinking approval ratings have renewed questions about whether he'll seek reelection, but the president is telling close allies and friends that he is determined to run again, The Washington Post reports. Every president since Lyndon B. Johnson has sought reelection, but Biden is likely to encounter further concerns about his age. He turned 79 Saturday. One Democratic donor said some in the party were "praying that Trump runs." 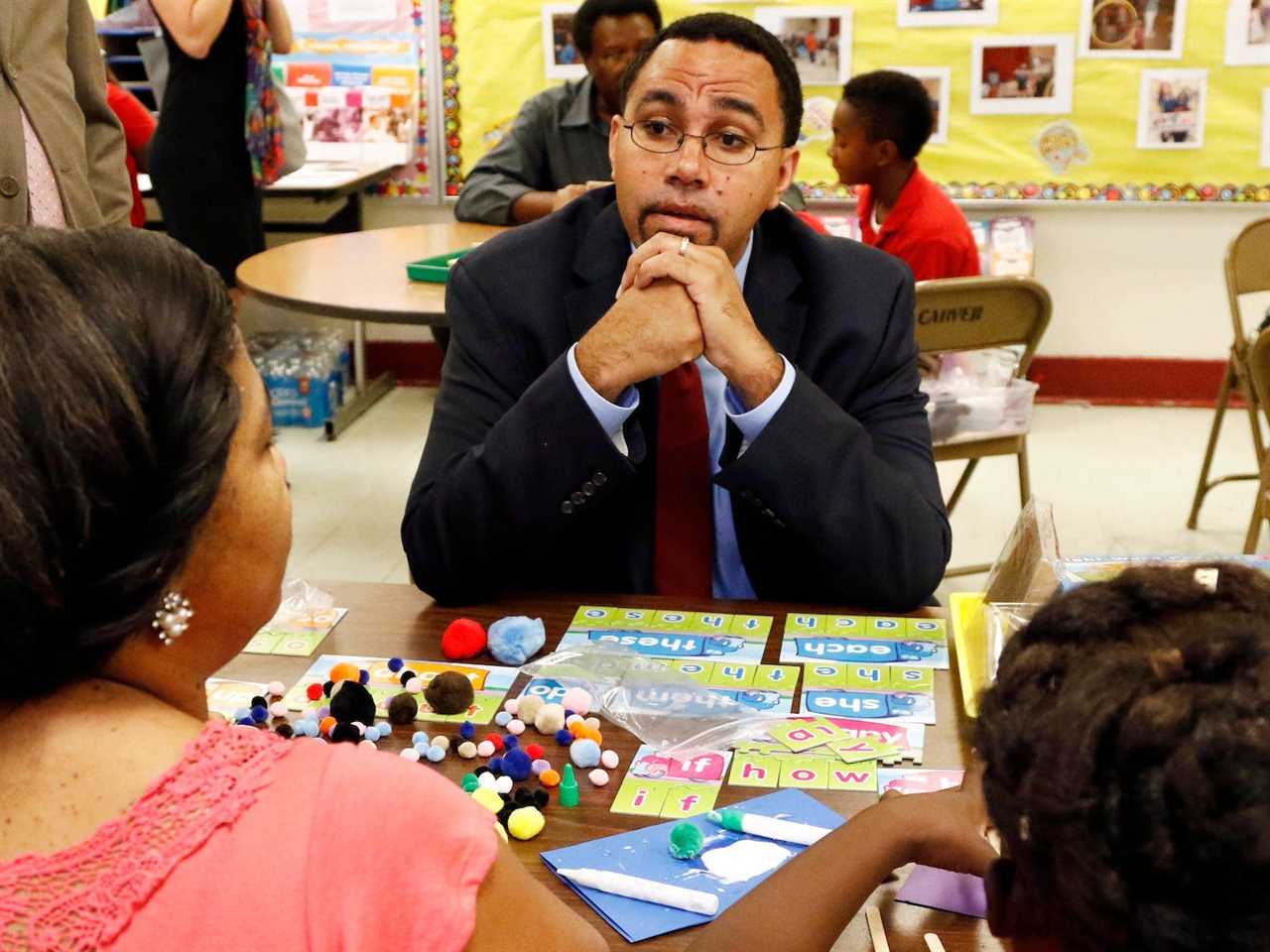 4. Obama's education secretary doesn't want critical race theory taught in schools: Republican attacks on race education are "anti-truth" and "anti-teacher," John King Jr., who is running for Maryland governor, told Insider of critical-race-theory controversies. King, who lives about 25 miles from the property where his great-grandfather was enslaved, added that laws banning the teaching of critical race theory were already having a "chilling effect" on teachers, some of whom are worried about discussing slavery, Japanese internment, or the civil-rights movement. Read more from Insider's interview on how King says teachers should approach the "ugly" parts of American history and the nation's progress.

5. Some former Trump staffers voluntarily testified about the Capitol riot: Democratic Rep. Zoe Lofgren of California, a member of the US House select committee investigating the January 6 Capitol insurrection, said many of the more than 200 witnesses interviewed by the committee were former Trump administration officials. Some of the witnesses volunteered their testimony on the condition of being issued a subpoena for "cover," Lofgren told CNN. More on where the investigation into the insurrection stands. 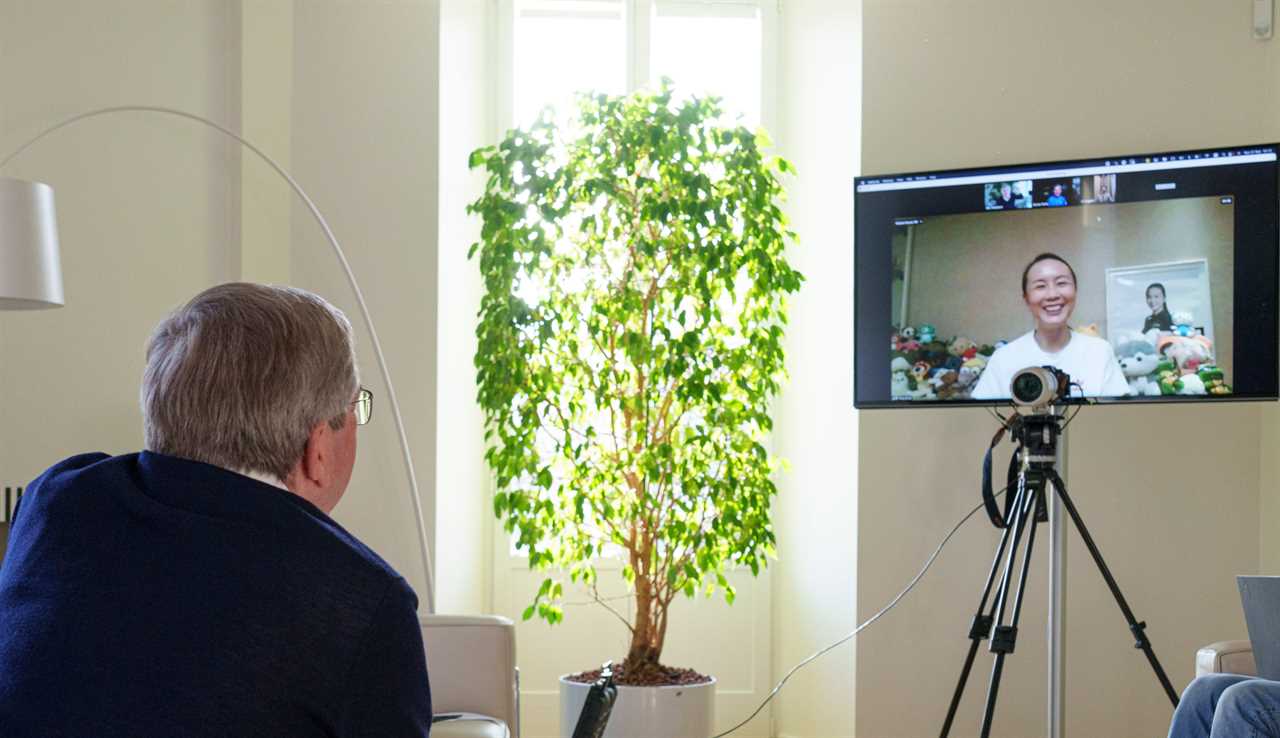 The IOC said on Sunday that its leaders talked to the Chinese tennis star Peng Shuai, who hasn't been seen in the public eye since November 2.IOC/Greg Martin

6. IOC president says he talked to Chinese tennis star Peng Shuai: The International Olympic Committee's president, Thomas Bach, met with Shuai virtually over a 30-minute video call. Shaui, according to the IOC's statement, told Bach she's safe and living at home in Beijing but "would like to have her privacy respected at this time." Their contact comes as the US government, the Women's Tennis Association, and major athletes express concern about Shaui's disappearance from public view after coming out with a sexual-assault allegation against a former member of the Chinese government. More on the news.

7. Unrest spreads across Europe amid new coronavirus restrictions: Tens of thousands of people protested in Vienna against Austria's new restrictions and a sweeping vaccine mandate scheduled to take effect next year. Riots have erupted in the Netherlands, and more than 30,000 demonstrators took to the streets outside the European Union's headquarters in Brussels. The sometimes-violent pushback comes with the World Health Organization warning of 500,000 more COVID-19 deaths in Europe by March if vaccination rates don't improve and urgent actions aren't taken. Read more about how some Europeans are becoming violent as COVID-19 cases increase.

8. Poll finds more Americans don't want to have kids: The share of adults who are not parents and who say they are "not too likely" to become parents grew from 2018 to this year, according to a new Pew Research Center survey, The Post reports. The number of American adults as old as 59 who said they did not have kids but were "very likely" to "someday" also decreased to 26% from 32%. The finding is likely to add more attention to the US's declining birthrate, which has been of increasingly concern to some experts.

9. Disney World pauses vaccine mandate days after a new ban took effect: The Orlando, Florida, resort is the only part of Disney to backtrack on the company-wide vaccination policy so far, Reuters reports. Gov. Ron DeSantis signed a law making Florida the first state to impose fines on businesses and hospitals requiring coronavirus vaccinations if they don't offer an array of exemptions including taking into account prior COVID-19 infections. More on how Disney is approaching conflicting state and federal pushes on vaccine mandates.

An illustration of the DART spacecraft firing its NEXT–C ion engine.NASA/Johns Hopkins APL

10. NASA is practicing how to save the Earth from city-killing space rocks: The mission, called the Double Asteroid Redirection Test, is sending a spacecraft traveling nearly 7 million miles to slam itself into an asteroid to test whether such a nudge could one day divert a space rock headed for Earth. Scientists haven't disclosed any dangerous Earth-bound asteroids at the moment, but NASA estimates it has spotted only about 40% of asteroids near Earth that are larger than 140 meters, or 450 feet. More on NASA's asteroid test.

Today's trivia question: Friday marked the anniversary of the first time the US Senate rejected a peace treaty. What was the treaty for? Email your answer and a suggested question to me at [email protected]