American-made goods sellers are flourishing in a supply-chain chaos, but they cannot escape labor and cost pressures

American Giant makes a range of cotton products, including hoodies, sweatpants, and t-shirts, at factories in the South and Midwest.American.. 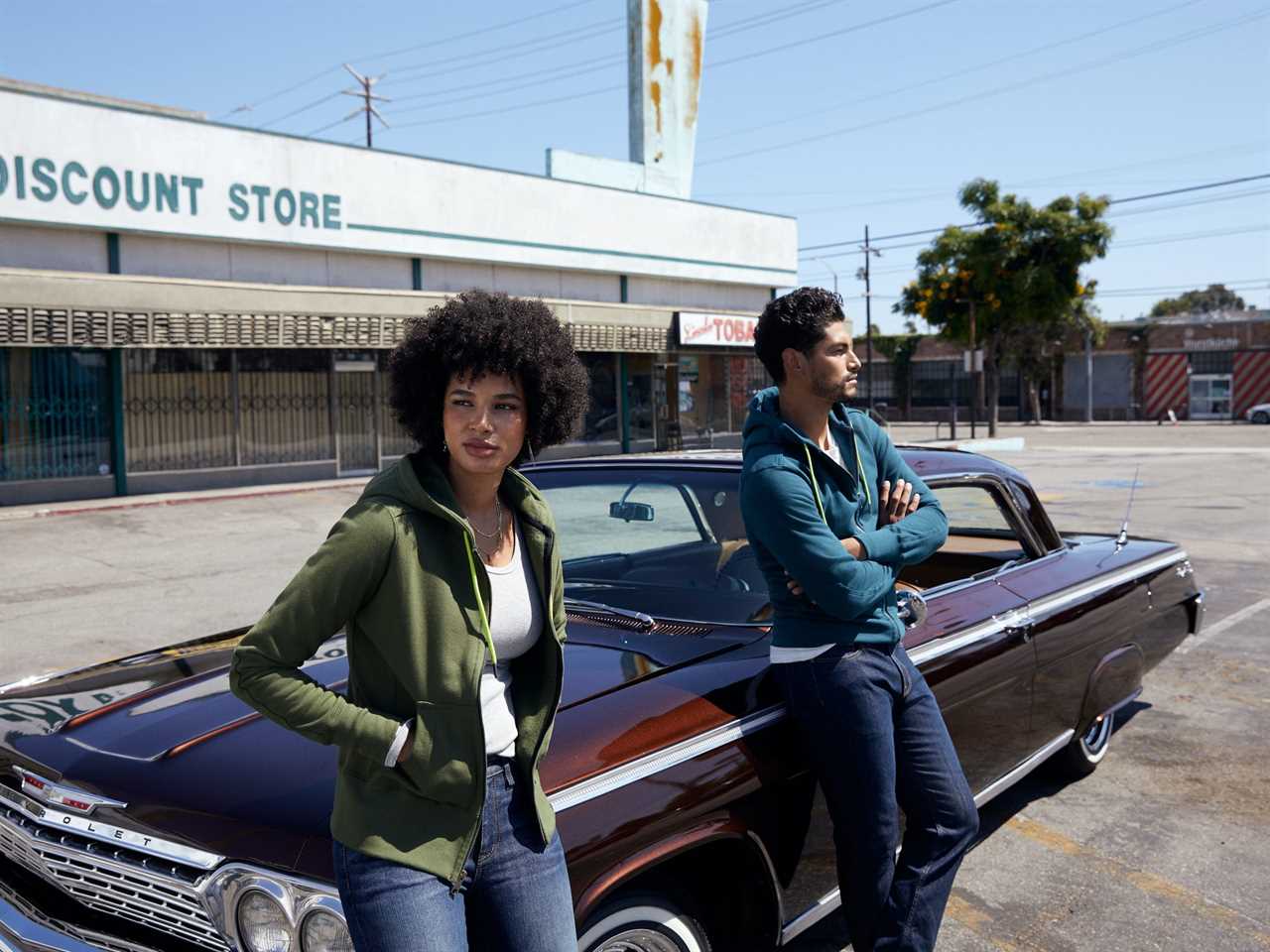 American Giant makes a range of cotton products, including hoodies, sweatpants, and t-shirts, at factories in the South and Midwest.

That's because Winthrop, the CEO of apparel retailer American Giant, is close to nearly every aspect of his company's supply chain: The cotton is grown in the US; it's spun into fabric and made into hoodies and sweatpants in factories throughout the Southeast and Midwest; then it's delivered, mostly by UPS, to customers across the country.

That means nothing is stuck on a container ship or needs to be air-freighted to the US to arrive in time for the holidays.

"We expect to be fully in stock in the holidays," Winthrop told Insider. "We don't spend any time talking about supply chain stuff internally."

Winthrop is one of four manufacturing CEOs who spoke with Insider about what it's like to make products in the US during a time when global supply chains are in a state of upheaval.

None of them is immune to challenges facing the US economy in 2021. Some are having trouble hiring while others are raising prices as raw material costs soar. But they also described the benefits of manufacturing close to home — mainly, more control over their supply chains and greater flexibility when problems arise.

When the coronavirus began spreading worldwide last year, it shut down ports and took factories offline while simultaneously sparking a rush on consumer goods. In the US, where the labor market is tight, there are also fewer people to process all the goods coming into the country from overseas, leading to a backlog at the nation's ports.

And so, in the intervening months, there's been a greater push to manufacture more goods in the US.

"There's not a guarantee that if you produce in the United States or North America, that you will be immune to any of this," Scott Paul, president of the Alliance for American Manufacturing, an industry group that partners with both manufacturers and unions, told Insider. "But there is a better chance that you will be less impacted." 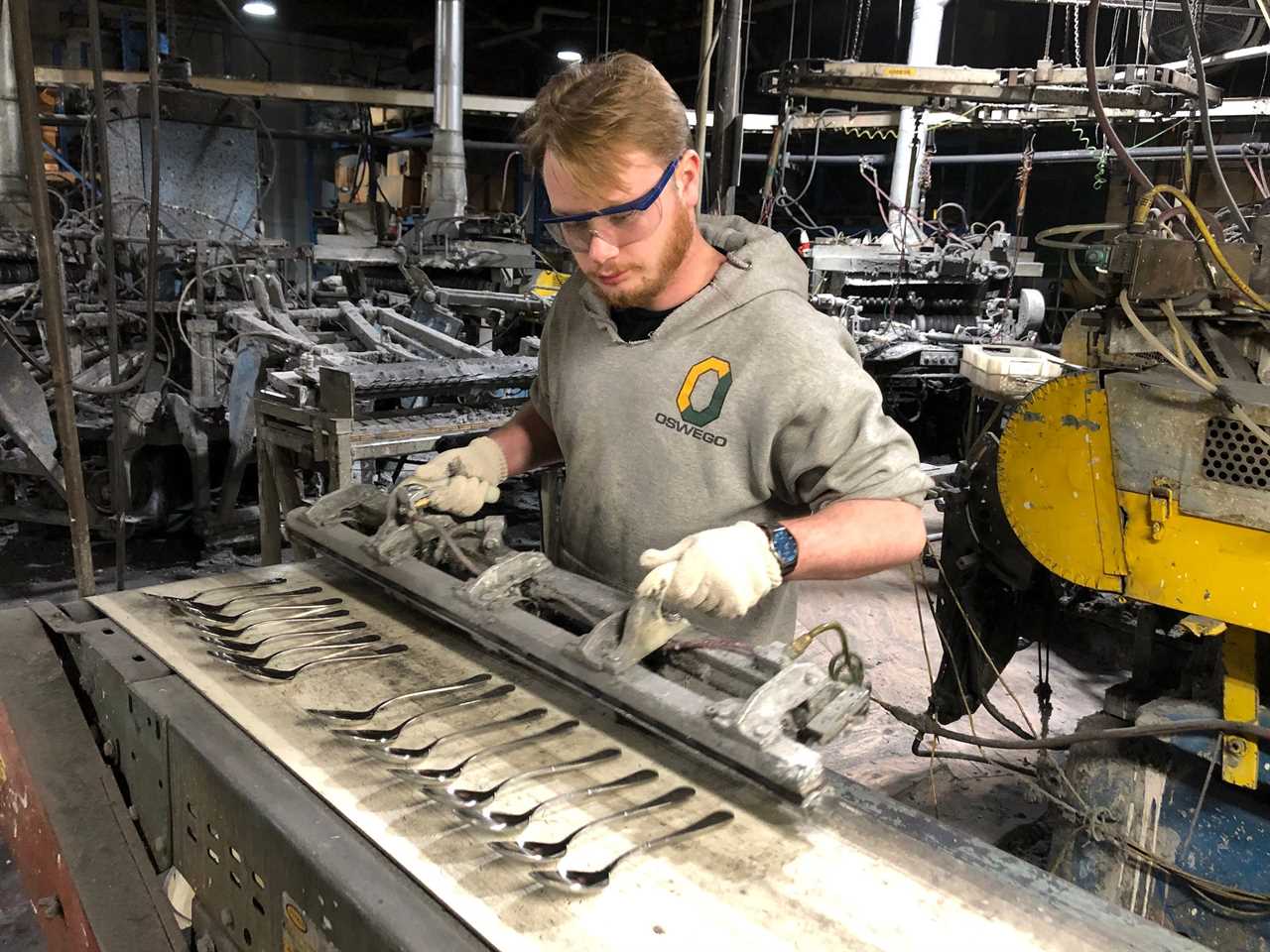 This mindset is on display at Sherrill Manufacturing in Central New York, which produces Liberty Tabletop, a line of flatware and cookware. Sherrill Manufacturing's supply chain is "about as vertically integrated as you could possibly imagine," Greg Owens, the company's CEO, told Insider.

The company's products start as a coil or bar of steel that's made in one of three places: Western New York, Pittsburgh, or Tennessee. That steel is then turned into forks or knives at the company's manufacturing facility in Sherrill, New York, and boxed up using locally sourced packaging.

Owens said that sales of Sherrill's flatware doubled in 2020 as more people ate at home and rose another 50% year-over-year in 2021. The biggest problem the company faces now is keeping products in stock.

But there are other challenges, too: Owens estimates that steel prices have doubled since before the pandemic, and he said finding workers to fill open positions is harder than usual. The company has raised wages to attract and retain workers, but filling the 25 positions it added to boost production took a long time, he said.

"We went a year advertising with our payroll company on their program, which puts job postings on 10, 15 different sites," he said. "Didn't get one application."

'Biting the bullet' as costs rise 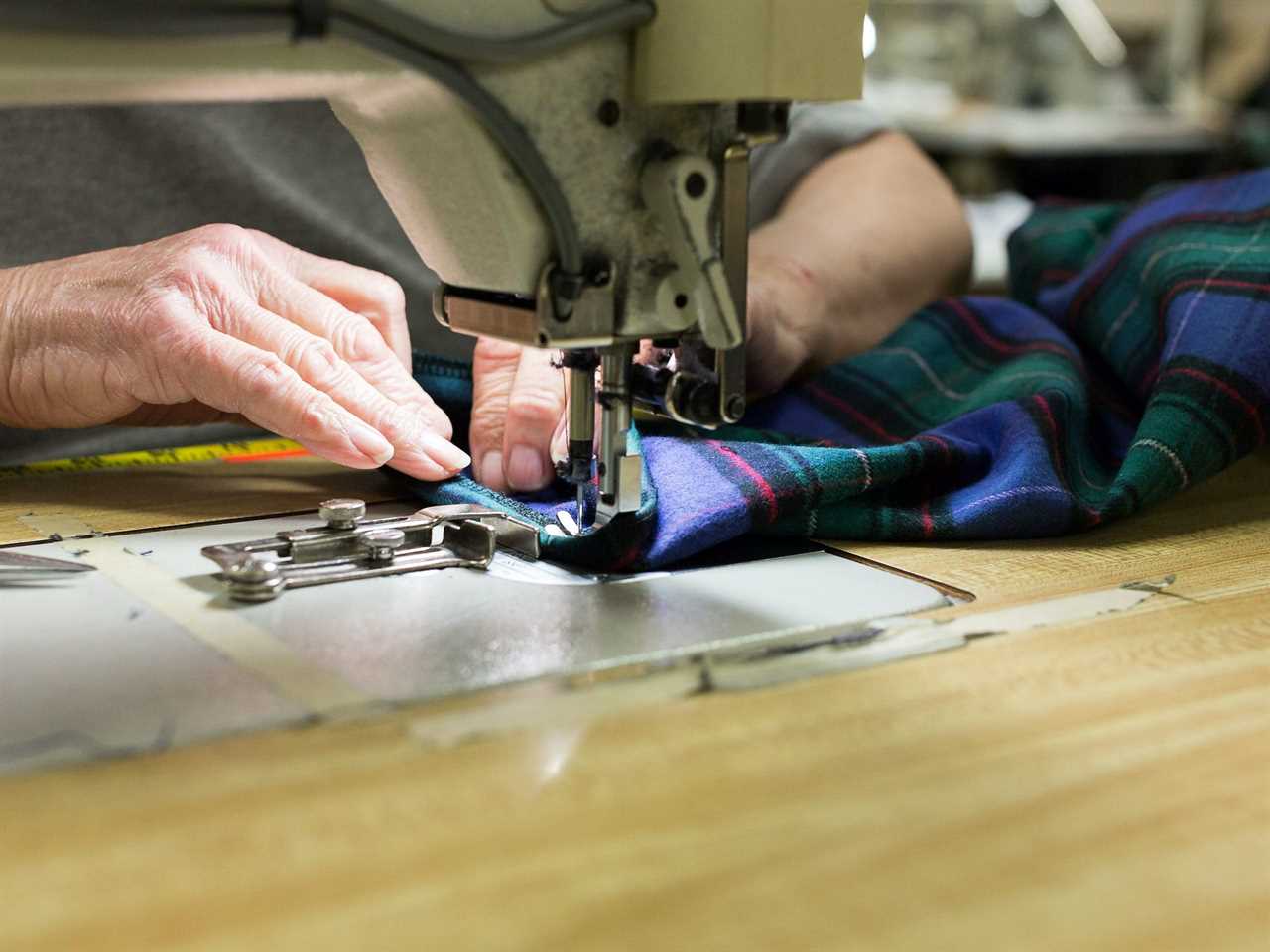 Finding workers has been a challenge for Vermont Flannel Company President Mark Baker too. The 30-year-old company manufactures its flannel shirts, pajamas, and blankets in the Green Mountain State and Baker said the biggest challenge the company has faced, besides the initial shut-downs in early 2020, is filling vacant positions.

"We lost some people that either moved or decided they had other options," Baker told Insider. "It's really hard to find people to get into manufacturing nowadays."

Vermont Flannel Company differs from American Giant or Sherrill Manufacturing in that it imports its raw materials. The company contracts with a mill in Europe that produces the fabric and ships it to the US, but Baker said Vermont Flannel hasn't hit many snags, despite the supply-chain crisis. The company purchases its fabrics almost a year in advance, and they're shipped to the Port of Boston, which isn't as large — or quite as constricted — as ports like Los Angeles.

Baker said he's even more concerned about rising costs. The fabric is more expensive now, and the cost of shipping it to the US has skyrocketed. He's also worried about getting flannels shipped out to US customers ahead of the holidays because carriers like the United States Postal Service are raising prices and may face issues that delay shipments like last year.

"I think it's going to be a little bit of a biting the bullet in the next six months," he said, adding that the company may have to raise costs if the issues persist. 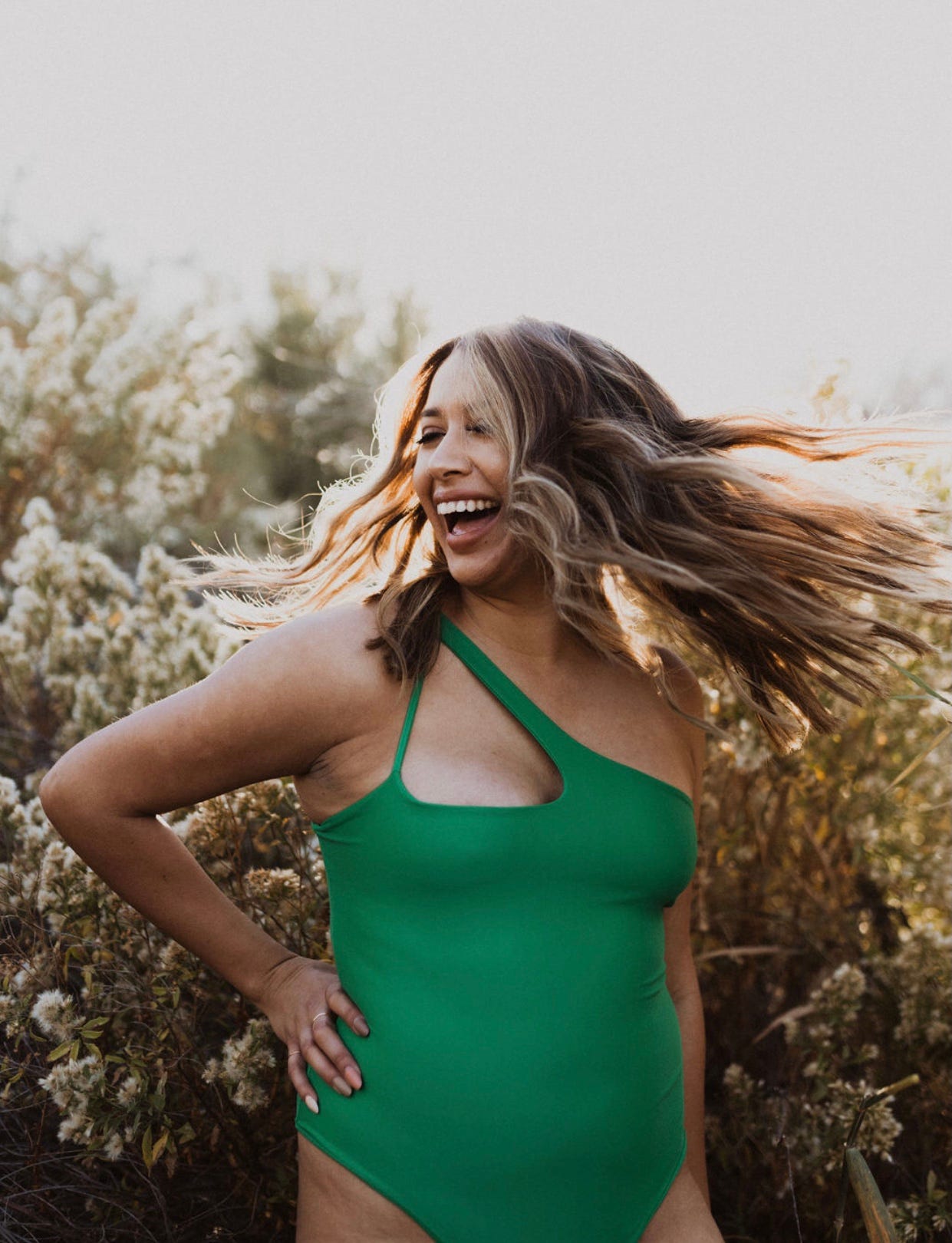 Kayla Bell is also familiar with the challenges of importing raw materials during a time of global upheaval.

As the CEO of swimwear and activewear brand Arrow + Phoenix, which is manufactured in Henderson, Nevada, Bell had to scramble when shipments of her Italian-made fabric were disrupted in 2020 as the country grappled with devastating waves of the coronavirus.

Arrow + Phoenix was simultaneously seeing demand for its suits soar, which Bell attributes, in part, to a societal focus on spending with Black-owned brands amid protests following the killings of George Floyd and Breonna Taylor. Customers were placing $1,000 worth of orders per day, so Bell found a US textile company that produced the same type of fabric as a substitute.

As a result, Arrow + Phoenix raised its prices by a few dollars per item, scaled back on the number of styles and colors it sells, and offered preorders for certain items.

Bell's challenges, and those of the other companies, prove the complex nature of retail in 2021: No company, no matter how it makes its products or where, is isolated from the pressures of the global economy, or the undulations of supply and demand.

Paul, the AFAM president, said these challenges are leading more companies to reconsider their supply chains, diversify their suppliers, make their manufacturing processes more flexible, and source products within the US.

Read More
Did you miss our previous article...
https://lifestyle.delivery/personal-finance/why-jeffrey-clarks-contempt-case-is-more-difficult-for-bidens-justice-department-than-steve-bannons
differentstatestheupsides