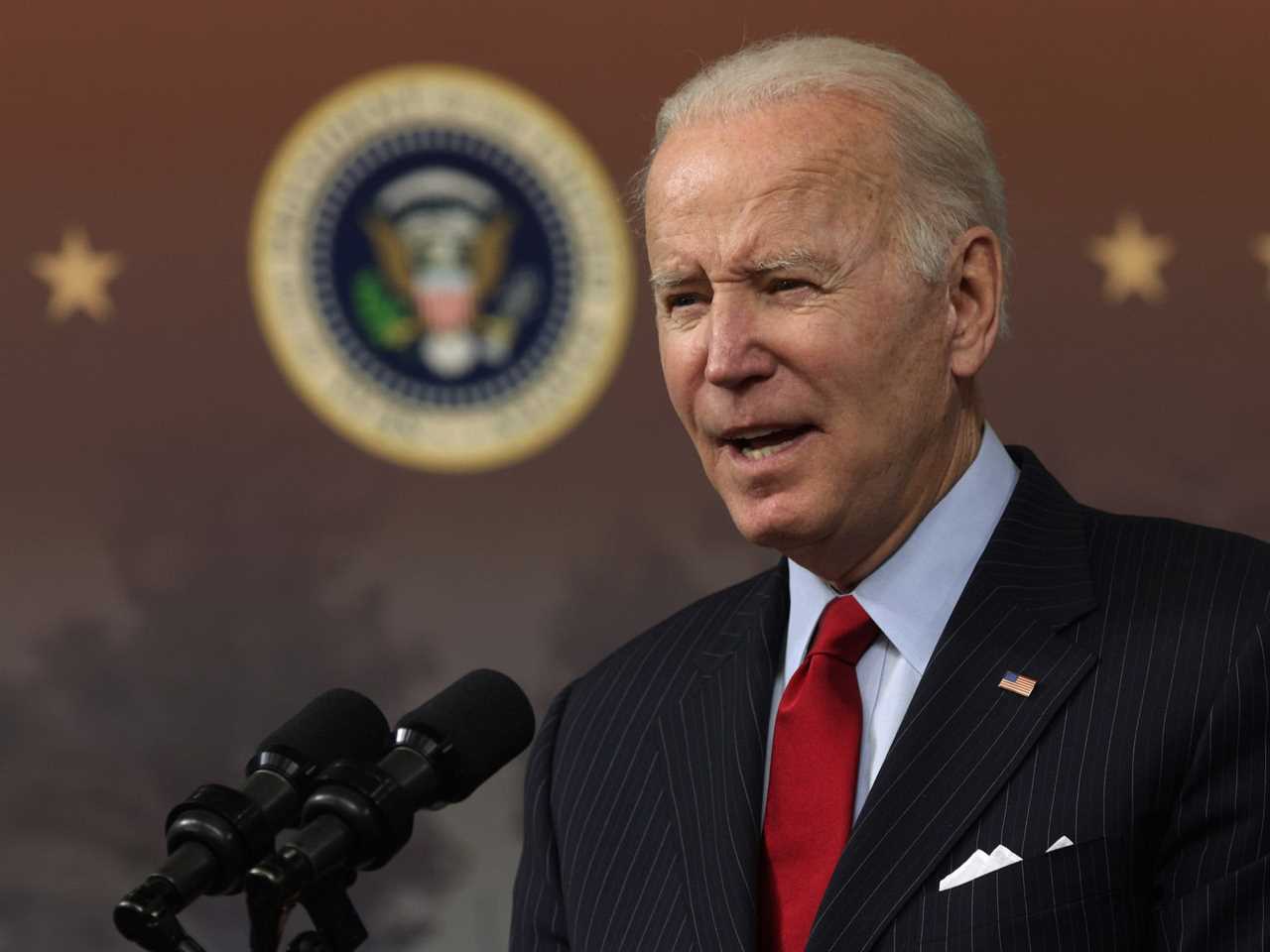 President Joe Biden made clear the country's economic recovery is well underway — but bad practices from big corporations are impeding that progress.

The December jobs report badly missed expectations, adding just 199,000 payrolls. Despite the disappointing data, Biden during Friday remarks pointed to economic growth since he's taken office, noting that wages are up, unemployment is down, and the Great Resignation is helping workers look for conditions that are best for them.

However, the economy is far from perfect. Biden called out "a handful of giant companies" squeezing out competition and raising prices on consumers while keeping wages for their workers "unfairly low," making Americans pay more for food while cutting smaller businesses out of the game.

"You've heard me say before capitalism without competition isn't capitalism, its exploitation," Biden said. "And I'm determined to end the exploitation."

Last July, Biden signed an executive order to promote competition in the country, which included 72 initiatives by over a dozen federal agencies to tackle competition issues. Those included making it easier to change jobs and help raise wages, easing the process to get refunds with airlines, and helping family farmers by strengthening the Department of Agriculture's tools to end abusive practices by meat processors.

According to the White House, a smaller number of large companies control more business than they did 20 years ago in over 75% of US industries, and it's causing prices to surge while holding back wages for workers in more concentrated markets, costing the median American household $5,000 per year.

Biden said on Friday he will be meeting with his "competition council" later this month to continue pushing for broad action to increase competition, raise wages, and lower prices for consumers — part of the "three-part plan" he laid out that also includes fixing the supply-chain crisis and lowering food costs.

Still, despite issues with big corporations, Biden is continuing to push for the passage of his Build Back Better agenda to further stimulate the economy, and he has maintained that "capitalism is alive and very well" during July remarks, referencing more jobs and better wages.

"We're making serious progress to ensure that it works the way it's supposed to work for the good of the American people," he said.

By: [email protected] (Ayelet Sheffey)
Title: Biden slams 'capitalism without competition' as 'exploitation,' and he wants to put an end to it by cracking down on big corporations
Sourced From: www.businessinsider.com/biden-slams-capitalism-without-competition-as-exploitation-consumers-workers-corporations-2022-1
Published Date: Fri, 07 Jan 2022 20:01:12 +0000

Read More
Did you miss our previous article...
https://lifestyle.delivery/personal-finance/one-of-italys-most-respected-coronavirus-experts-claims-she-was-threatened-with-a-bullet-after-advocating-for-vaccines-for-children
bigcorporationsoptions