Speaker of the House Nancy Pelosi (D-CA) takes questions from reporters at her weekly news conference on Capitol Hill on Thursday, Nov. 4, 2021.Kent.. 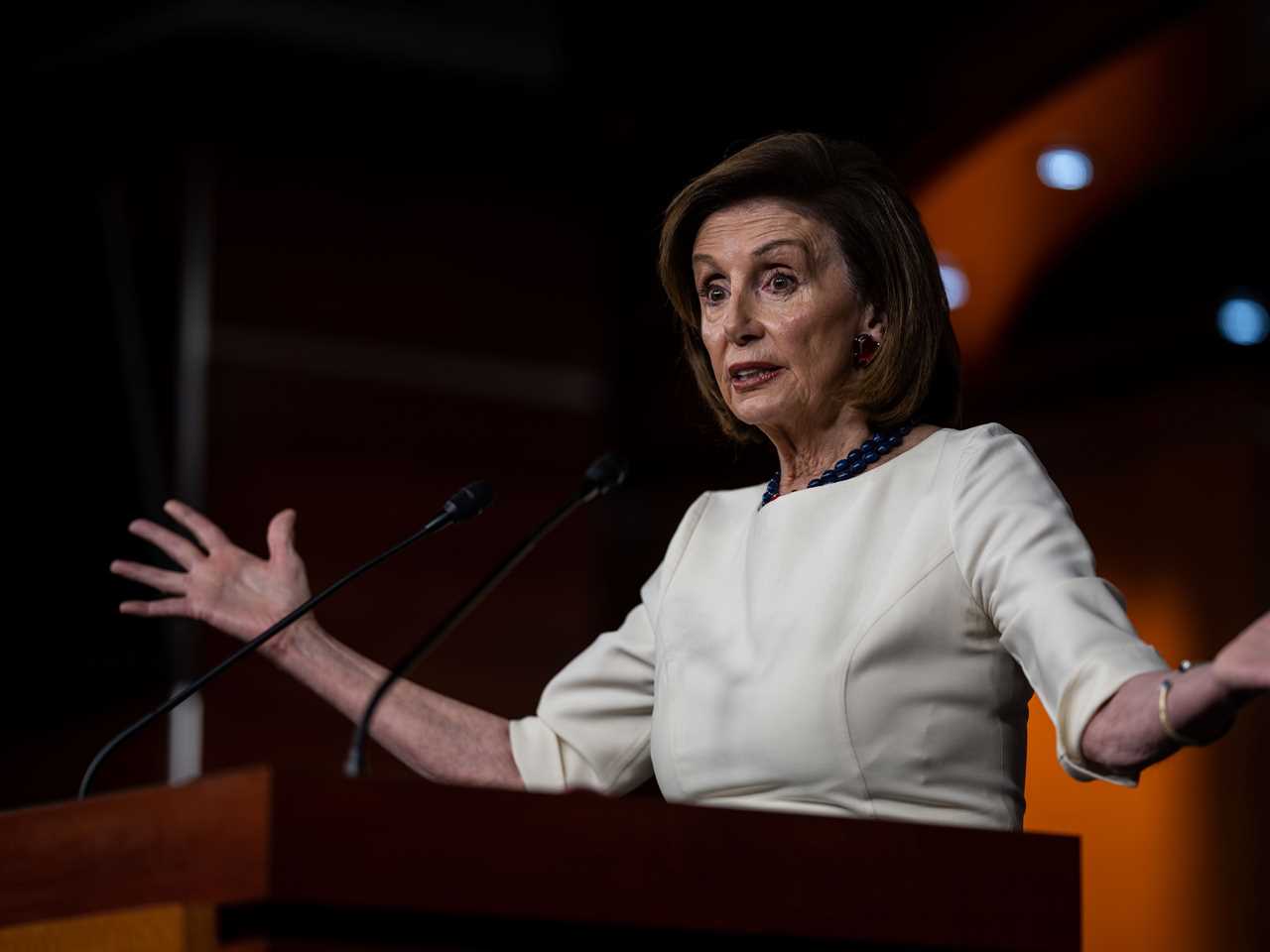 Speaker of the House Nancy Pelosi (D-CA) takes questions from reporters at her weekly news conference on Capitol Hill on Thursday, Nov. 4, 2021.

A nonpartisan congressional taxation committee backtracked on its initial estimate of President Joe Biden's Build Back Better Plan on Tuesday. Instead of cutting taxes for the wealthy, as was first projected, Biden's plan will raise their taxes — even while keeping President Donald Trump's tax cuts.

The Joint Committee on Taxation issued a correction that noted Democrats' economic spending plans will raise average taxes for Americans' with incomes over $1 million by 3.2 percentage points. This contrasted the committee's initial estimate that Democrats' plan would cut taxes for the rich by 1.7 percentage points, as NBC's Sahil Kapur reported.

This finding will help Democrats, and Biden, tout the Build Back Better social-spending bill that passed the House last week. But it now heads to the Senate, where it will likely face changes at the hands of centrist Democratic holdouts Joe Manchin and Kyrsten Sinema, particularly when it comes to tax provisions in the bill.

As Insider's Joseph Zeballos-Roig reported, a group of House Democrats want to raise the total amount of state and local taxes (SALT) that people can shave off their federal taxes to $80,000 from $10,000, the cap created under Trump. While some Senate Democrats, like Vermont Sen. Bernie Sanders, have balked at the idea because it would it largely benefits wealthier Americans in high-tax states like New York and California, Manchin was the lone Democrat who backed a GOP proposal to establish the cap in late 2017.

"At a time of massive income and wealth inequality, the last thing we should be doing is giving more tax breaks to the very rich," Sanders wrote on Twitter. "Democrats campaigned and won on an agenda that demands that the very wealthy finally pay their fair share, not one that gives them more tax breaks."

The final version of the bill, and what tax provisions end up in it, remain to be seen as the Senate works to get the social-spending package, with climate measures and universal pre-K, signed into law before Christmas. And along with the lifting the SALT cap, four weeks of paid leave and medicare expansion is also on the chopping block.

By: [email protected] (Ayelet Sheffey)
Title: Democrats are actually raising taxes on the ultrawealthy, even though they're keeping a Trump tax cut
Sourced From: www.businessinsider.com/democrats-will-still-raise-taxes-on-rich-trump-tax-cut-2021-11
Published Date: Tue, 23 Nov 2021 21:48:15 +0000