Lumber and copper prices have further to slide as speculation dies down and supply catches up, a top commodity strategist says

A housing boom has caused lumber prices to soar in 2021.Mike Blake/ReutersThe dramatic slide in lumber and copper prices has further to go, Saxo.. 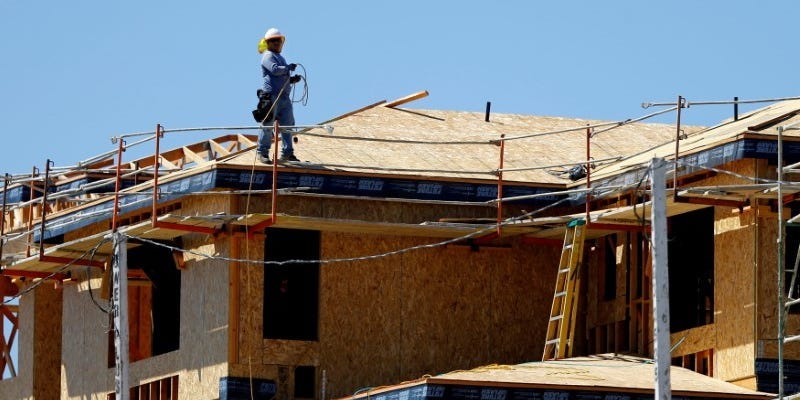 A housing boom has caused lumber prices to soar in 2021.

The dramatic slide in lumber and copper prices has further to go, as speculators pull out of the market and supply catches up with demand, Saxo Bank's chief commodity strategist has said.

Lumber prices have fallen more than 42% since May's record high of over $1,700 per thousand board feet, although they remain more than 150% higher for the year. Copper has also fallen sharply, dropping roughly 10% from May's high of around $10,750 per ton.

Ole Hansen, head of commodities at the Danish bank and a leading authority in the field, said a number of factors meant both lumber and copper likely have further to drop.

"Something like lumber has been very much a pandemic-driven spike," he told Insider. He said a lack of mill capacity and "people going crazy in their backyards, redoing their houses or buying a bigger house" had caused prices to soar.

Skyrocketing prices had sucked in speculators such as hedge funds, who are now pulling out of the market as prices dip, Hansen said.

"Some of that activity is bound to slow [and] supply is starting to meet the demand," he said.

Hansen said the curve for lumber futures contracts is sloping downwards, showing that "the market is looking for quite some weakness as we head into the autumn and winter months."

Hansen also said copper could drop another 10% from its current level over the summer, before rebounding later in the year.

One reason for this is that investors think the chances of a dangerous rise in inflation have died down, he said. That means they are moving away from commodities like copper, which are seen as good stores of value at times of rising prices because they're widely used in industry and technology.

Paul Donovan, chief economist at UBS Wealth Management, told Insider that commodities prices can be taken as a barometer of wider forces in the economy.

He said soaring home prices had cooled down some of the "frenzied" buying in the market, weighing on lumber. And he said peoples' spending in many other areas had cooled after an initial splurge when economies first reopened.

Hansen said he expects copper to pick up by the end of the year, however, as economies recover and demand rises. Saxo Bank has a year-end target of $10,500 per ton for London Metal Exchange copper, compared to Tuesday's price of around $9,600.

Read More
Did you miss our previous article...
https://lifestyle.delivery/personal-finance/is-black-friday-shopping-worth-it
thesummerinthewinter