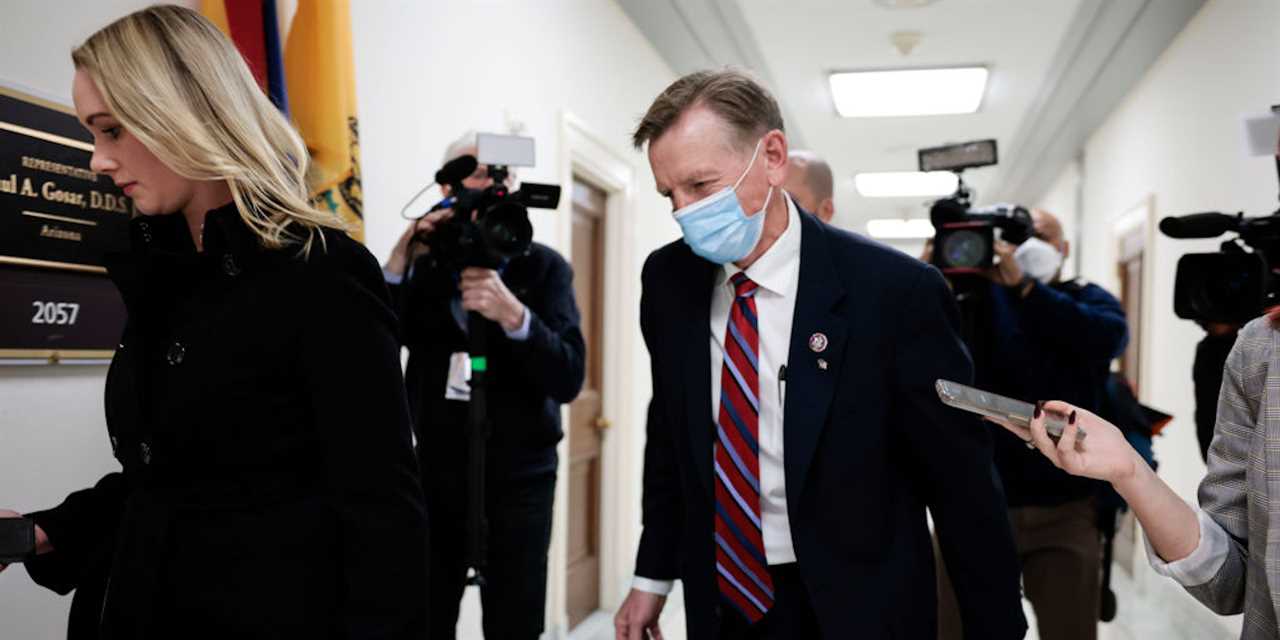 Rep. Paul Gosar arrives to his office on Capitol Hill on November 17, 2021 in Washington, DC.

Rep. Paul Gosar said that former President Donald Trump called him to offer his support in the aftermath of his censure by the House of Representatives for an edited anime video that showed him attacking Democrats.

"My entire Republican conference was united in support of me and voted against this political stunt. I am incredibly grateful to Leader McCarthy and everyone who stood up and spoke on my behalf," wrote Gosar in his weekly newsletter.

"After the vote, President Trump phoned me to personally thank me for standing up in support of the America First agenda."

He also cited support from a "countless number of people" who he said contacted him as well.

The Democratic-controlled House voted last week to censure Gosar and strip him of his committee assignments after he tweeted out an edited video of an anime cartoon in which he attacks progressive Rep. Alexandria Ocasio-Cortez and President Joe Biden with swords.

Democrats said the clip was an incitement to violence, but Gosar has been largely unrepentant, claiming he was trying to make a metaphorical point about migration.

Gosar is a longtime congressional ally of Trump. Last week the former president in a statement offered support to Gosar, saying he had his  "Complete and Total Endorsement!" hours after the censure vote.

"Thank you President Trump for this honor," Gosar said in a statement. "I am humbled to have earned your support, and the support of the American people."

Trump has remained close to allies on the far-right of the GOP, such as Gosar, as he stirs rumours of another bid for office in 2024.