A laboratory worker in Cape Town, South Africa, on October 5, 2021.Rodger Bosch/AFP via Getty ImagesScientists in South Africa were the first to.. 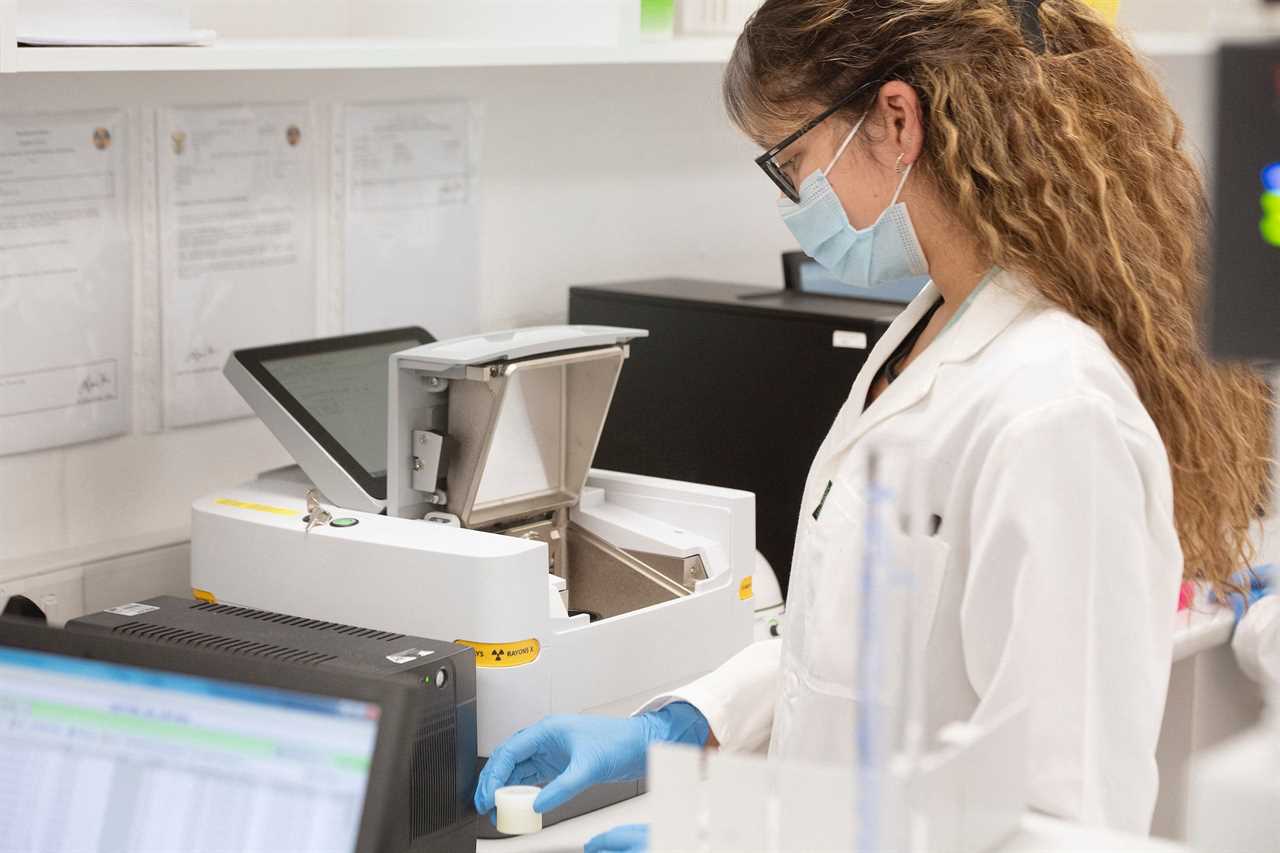 A laboratory worker in Cape Town, South Africa, on October 5, 2021.

The announcement, on Wednesday, that virus-chasers in that country had found a new variant with dozens of fresh mutations, sent alarm bells through the halls of the World Health Organization.

The variant, B.1.1.529, was identified first on November 11, among foreign diplomats who had traveled to Botswana. Then, it was found again by a team of scientists in South Africa on November 14, and they alerted world health leaders. By November 26, the WHO designated the newly-christened Omicron a variant of concern.

While researchers worldwide jumped to start studying Omicron — asking whether it spreads more easily than Delta; causes more deaths; or requires new vaccines — the US, UK, and EU responded to the discovery with swift travel bans, blocking flights from South Africa, Botswana, and six neighboring African countries that had not detected the new variant.

It's thanks to southern Africa that the rest of the world is on alert at all, racing to answer those important public health questions.

The reality is that southern Africa is a top international powerhouse of COVID-19 surveillance in large part because the continent stood up innovative systems for tracking viral diseases and genetic mutations well before the coronavirus hit, tracing and surveilling diseases including HIV, Ebola, and tuberculosis.

"We had a really strong research background with our universities, as well as the different research consortiums," Vicky Baillie, a senior scientist at Wits Vaccines & Infectious Diseases Analytics Research Unit in South Africa, said.

"A lot of it was set up, and we had a lot of experience — so I think we were in a really good position to respond to COVID."

It's unknown (and largely irrelevant at this stage, given how widely the variant is circulating at this point) exactly where the new variant emerged.

It's suspected that wild card variants like Omicron, with many dozens of new changes to the virus' genetic sequence, often sprout from one single, immunocompromised host, who can't mount proper defenses against the virus, and thus incubates the virus as it replicates for months and months on end.

"Given the alphabet soup of mutations, I think it's probably more likely that this was the result of ongoing molecular evolution inside a single host that spilled over into the population," Charity Dean, CEO and cofounder of The Public Health Company, said of the theory that this new variant came from a single, immunocompromised person.

"But I think it's unfair to blame South Africa when it very well may have come from another country or another continent. And at the end of the day, it doesn't matter. They deserve incredible recognition for detecting it, going public with it, transparently sharing everything they know," Dean said.

Despite praise from scientists and public health pros like Dean, the resentment from the public at large has been hurtful for African scientists who have been working tirelessly to inform the world of such emerging variants, before it's too late.

"It's been really difficult," Baillie, the South African virus watcher who often shares glimpses of her work sequencing coronavirus samples on TikTok, said. "There has been a lot of backlash on the scientific community in South Africa with a lot of people saying, 'well, thank you very much for identifying this. It means that we don't get a Christmas holiday.'"

Why southern Africa is spotting variants faster than the US

For decades, Africa has leaned into developing and standing up futuristic disease tracking surveillance systems, often in partnership with funders both public and private in the US and UK. The US National Institutes of Health, the UK's Wellcome Trust health research foundation, the Centers for Disease Control and Prevention, the Bill and Melinda Gates Foundation, and others, have all put significant money and time into ramping up Africa's viral surveillance systems.

There's the Human Heredity and Health in Africa (H3Africa) Initiative, which has discovered millions of unique gene variants, to the applause of NIH Director Francis Collins. And, then there's the Botswana Harvard Partnership, another collaboration established in 1996 to fight the HIV epidemic. That's where the Omicron variant was first spotted earlier this month, by Sikhulile Moyo's lab.

During the early months of the pandemic, South Africa also stood up a new Network for Genomic Surveillance in South Africa (NGS-SA). Though the network technically sequences fewer coronavirus samples than the US does per capita, it does so in a more strategic fashion, sampling randomly from all across the country.

"We just rang the bell, which allowed everybody else to realize that actually this was maybe going on unnoticed," Baillie said of Omicron's detection.

Since that alarm was sounded, Omicron has already been detected in Canada, Germany and at least 16 other countries around the world, excluding Botswana and South Africa. Scientists in the Netherlands have discovered in recent hours that the Omicron variant has already been in that country for at least a week. 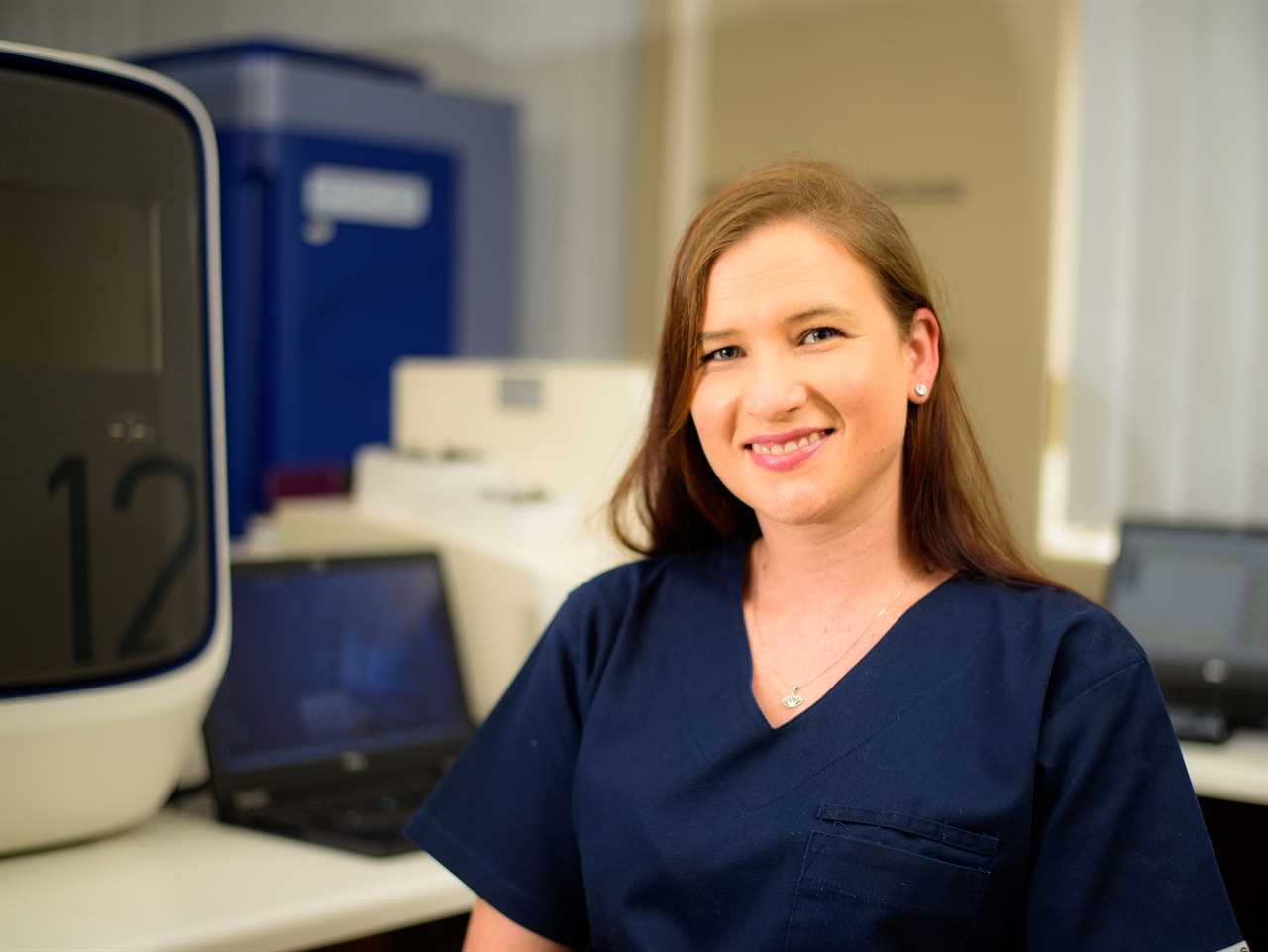 Health experts say South Africa's experience this past week could discourage other countries from being quick and transparent about what the virus is doing within their borders, knowing that such honesty might prove punishing.

Letting the world know Omicron is on the move has dealt a swift and shocking blow to the southern African economy. South Africa's rand and stock market are both only beginning to recover from the stigma Omicron unleashed on the national economy, and international travel during the Southern Hemisphere's summer holiday season is largely frozen.

The US has acknowledged southern Africa's role. Today, Dr. Anthony Fauci, the US's top infectious disease expert, said "kudos" to South Africa during a White House COVID-19 briefing. His applause echoes President Biden, who said on Monday that South Africa should get "credit" for the fact that it "quickly notified the world" about Omicron. But that was the same day his travel ban on southern African countries took effect.

"We really gotta figure out what our goal is with these travel bans," Dr. Nahid Bhadelia, an infectious disease expert and director of the Center for Emerging Infectious Diseases Policy & Research at Boston University told Dr. Kevin Pho on his podcast Sunday.

"Are you setting an example that actually decreases countries' willingness to share future data?"

After all, American citizens can still come back to the US from southern Africa, provided they are vaccinated and test negative for the virus.

"One wonders: Why can't we just do that for everybody?" Bhadelia said. "We should do that regardless, for everybody who's coming from anywhere else, if we truly want to use slowing through travel restrictions."

By: [email protected] (Hilary Brueck)
Title: Southern Africa is not a hotbed of variants — it's just very good at sequencing and spotting them
Sourced From: www.businessinsider.com/how-southern-africa-detected-omicron-variant-so-quickly-2021-11
Published Date: Tue, 30 Nov 2021 20:40:11 +0000