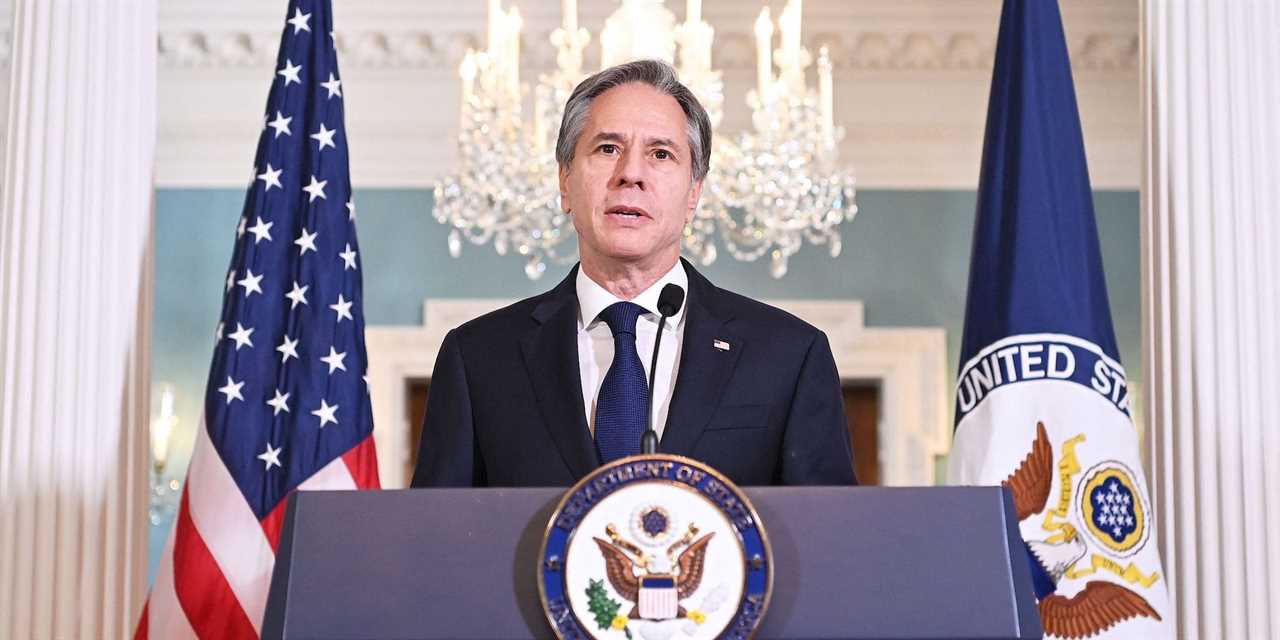 Secretary of State Antony Blinken speaks at the State Department on October 18, 2021.

The State Department announced on Wednesday that it had issued the first 'X gender' US passport ever, a move that the department says is a step toward inclusion for non-binary, intersex, and gender non-conforming people.

"We look forward to offering this option to all routine passport applicants once we complete the required system and form updates in early 2022," said spokesman Ned Price. "The Department also continues to work closely with other U.S. government agencies to ensure as smooth a travel experience as possible for all passport holders, regardless of their gender identity."

The milestone comes following a statement from Secretary of State Antony Blinken in June that announced the new policy, which also included allowing individuals to self-select "M" or "F" on passports without the need for medical certification.

"Today, I am pleased to announce that the Department will be taking further steps toward ensuring the fair treatment of LGBTQI+ U.S. citizens, regardless of their gender or sex, by beginning the process of updating our procedures for the issuance of U.S. Passports and Consular Reports of Birth Abroad (CRBA)," Blinken said at the time. "The Department has begun moving towards adding a gender marker for non-binary, intersex, and gender non-conforming persons applying for a passport or CRBA."

Blinken also noted the process was "technologically complex" and said it would take time before it was fully implemented.

And several other US states have either created or considered using 'X' on official documents to accommodate those that don't identify as male or female.

Read More
Did you miss our previous article...
https://lifestyle.delivery/personal-finance/buy-floki-the-cryptocurrency-inspired-by-elon-musks-dog-is-making-an-ad-push-for-london
lgbtqisecretaryofstate