A Red Bull cinematographer scouts for a filming position in the top part of the mountain for the Pikes Peak International Hill Climb in 2013. The.. 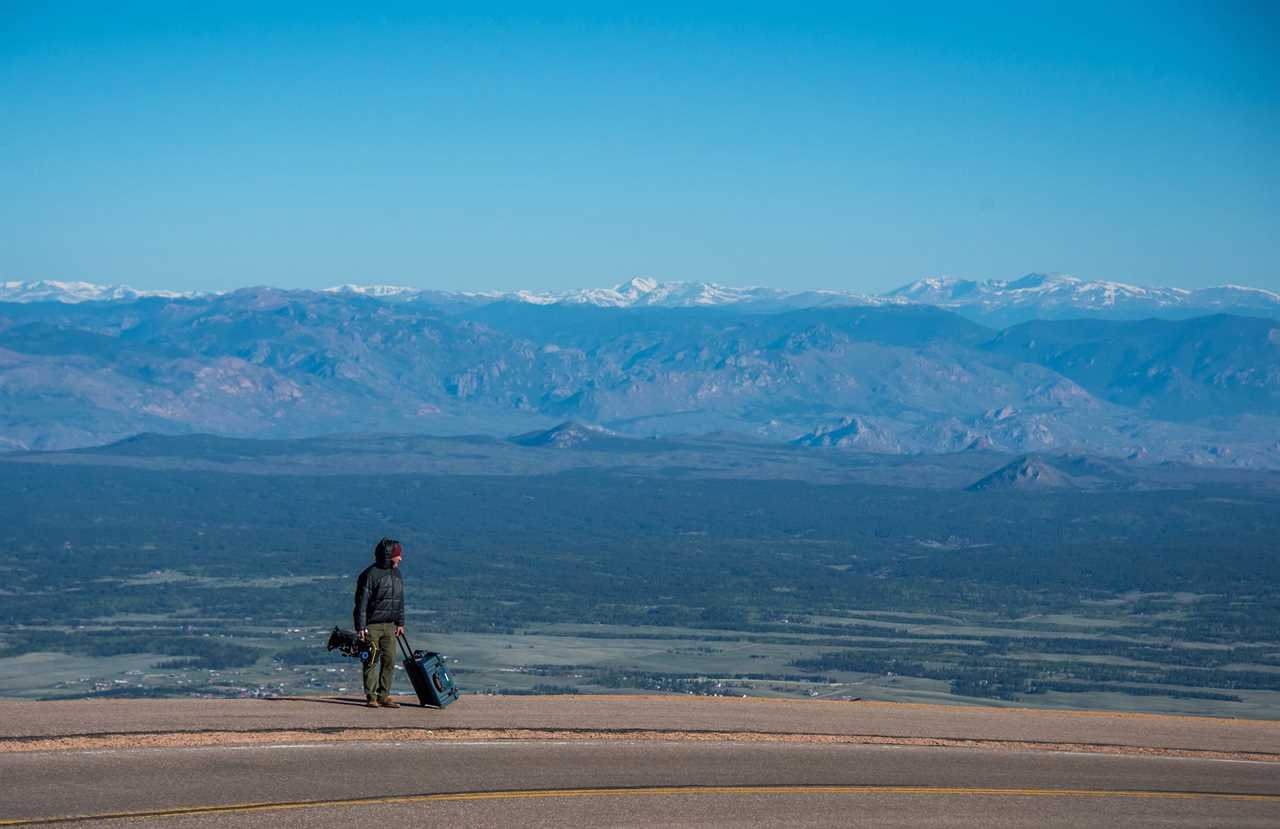 A Red Bull cinematographer scouts for a filming position in the top part of the mountain for the Pikes Peak International Hill Climb in 2013. The track measures 12.42 miles over 156 turns, climbing 4,720 feet on grades averaging 7 percent, though it was shortened in 2021 due to snow.

You'll need to drop at least $130,000 to get behind the wheel of your own Model S Plaid, Tesla's priciest and wildest car yet.

Fortunately for those of us without that kind of dough, plenty of videos have been cropping up online that show just how scary fast the Plaid is following its launch earlier this month.

A prime example of this is a clip racing driver Randy Pobst posted to YouTube on Monday of his winning run at this year's Pikes Peak International Hill Climb in Colorado. In the video, Pobst gives regular people like you and me a first-row seat to an absolutely terrifying, blistering fast rip up the steep and twisty road.

Read more: These are the 5 space companies you might not know yet, but probably should

In stock form, the Plaid already claims a sub-two-second 0-60-mph time and a 9.23-second quarter-mile from its three motors that put out more than 1,000 horsepower. But the Model S Pobst piloted up Pikes Peak was probably quite a bit quicker than that, having been stripped down and modified by Tesla tuner Unplugged Performance.

Pobst ended up taking first in the Exhibition class of Sunday's race. Watch him get squirrelly on sketchy unguarded roads during his race-winning run: