Jeffrey Clark. a former top Trump DOJ official, is defying congressional investigations into the January 6 riot at the Capitol.SUSAN WALSH/POOL/AFP.. 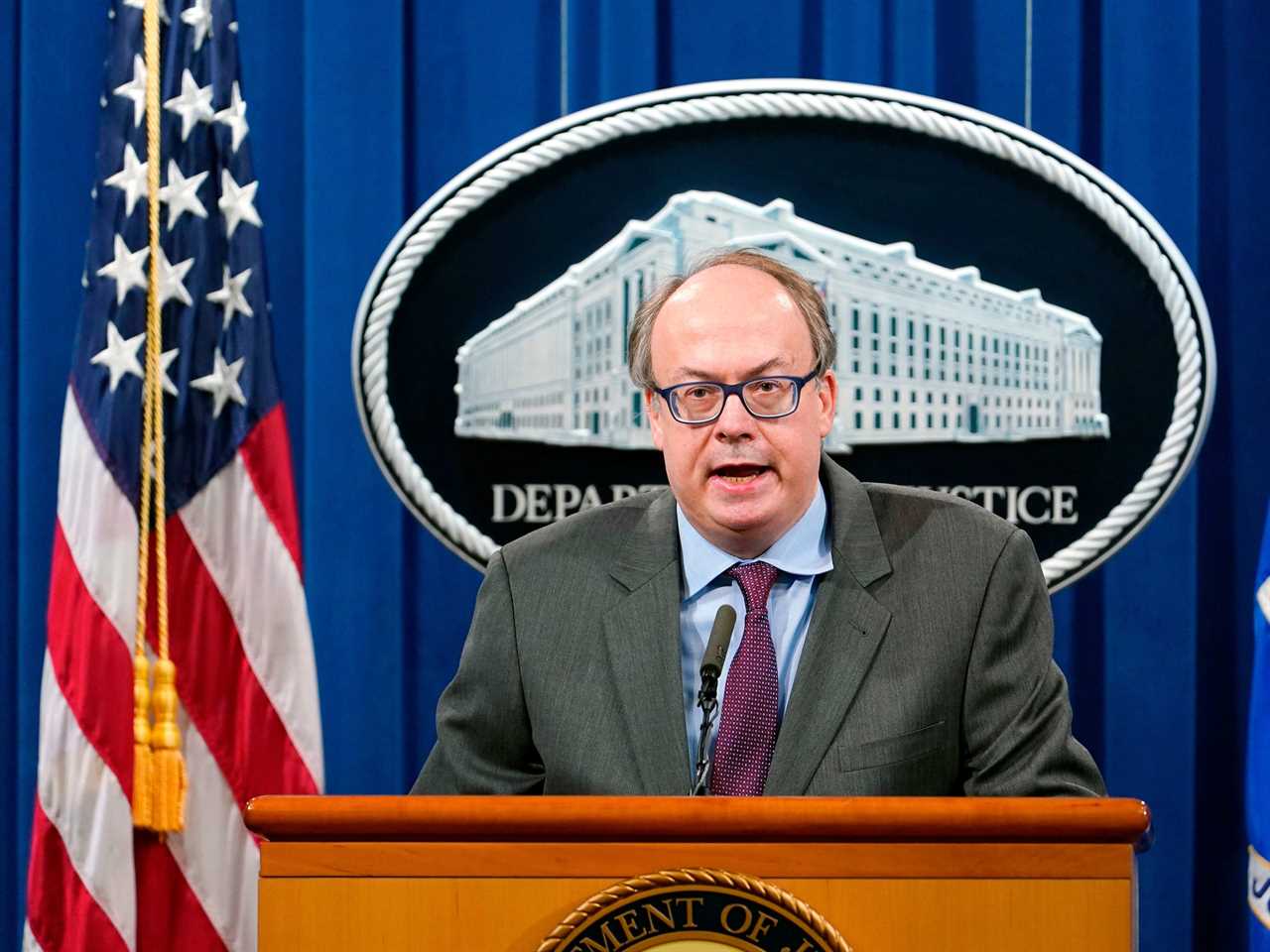 Jeffrey Clark. a former top Trump DOJ official, is defying congressional investigations into the January 6 riot at the Capitol.

After going decades without prosecuting anyone for blowing off Congressional investigators, the Justice Department ended its drought by charging Steve Bannon with defying the House committee digging into the January 6 attack on the Capitol.

Now, another criminal case looks to be heading their way that presents Attorney General Merrick Garland's Justice Department with a much more difficult decision than the one many legal experts described as a slam-dunk against Bannon.

The next potential culprit is Jeffrey Clark, a senior DOJ aide from the Trump era who advocated for throwing the full weight of the Justice Department behind the lame duck Republican president's baseless claims of election fraud following the 2020 general election.

On Wednesday night, the House select committee investigating January 6 is scheduled to decide whether to hold Clark in contempt of Congress. Absent a last-minute decision by Clark to change course and cooperate, his fate would next go to the entire House of Representatives. A simple majority vote would result in a referral to the US attorney's office in Washington, where prosecutors would determine whether Clark should face charges from the Justice Department where he worked in the Trump and George W. Bush administrations.

Legal experts told Insider this will be anything but a simple decision — for a number of reasons.

In Bannon's case, the Justice Department weighed a referral from the House that targeted a Trump ally who was not serving in the federal government during the period in question surrounding January 6.

That makes Bannon's defense claims of executive privilege laughable in the eyes of legal experts familiar with the nuances of his case. He completely blew off a subpoena for testimony before the House panel and never gave lawmakers a chance to pose their individual questions so he could invoke the privilege.

As for Clark, he has a stronger argument on the privilege front because he served at the Justice Department at the end of the Trump administration. He also made at least a cursory appearance before the House committee in early November to deliver a letter from his lawyer advising lawmakers that he would not answer any of their substantive questions.

"Bannon's defense is relatively frivolous. The Clark case would be significantly tougher. He was actually inside of the government, which makes the executive privilege claim more challenging. Second, he's a lawyer, which is going to raise difficult attorney-client questions that would further gum up any prosecution," said a former top official in the US attorney's office in Washington, which is handling the Bannon prosecution. 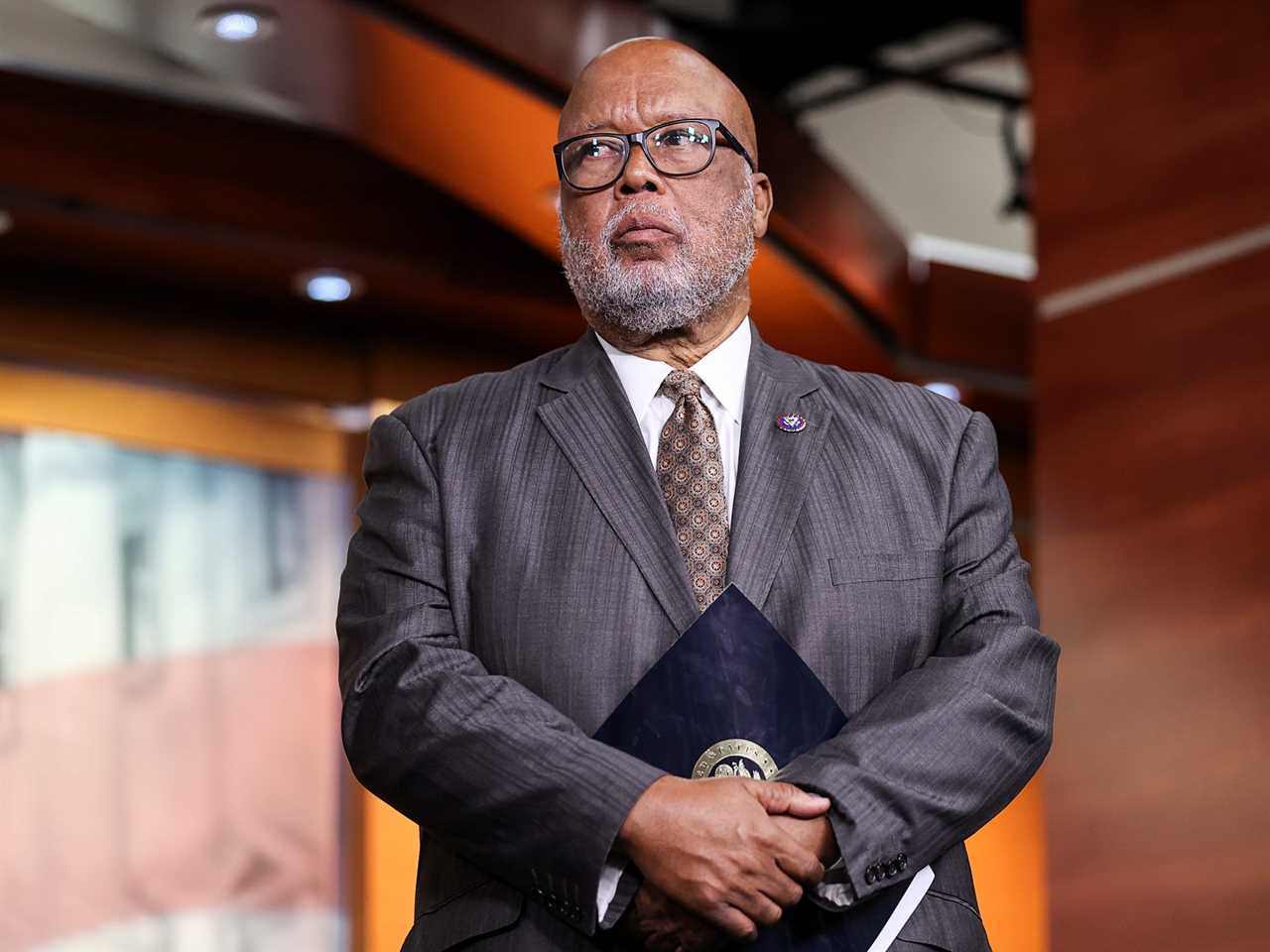 Still, there are a number of factors working against Clark.

For one, there's the letter Trump sent saying he would not try to prevent him from testifying. The Justice Department itself cleared Clark and other former Justice Department leaders to testify. And the Biden administration also has made a decision to broadly waive executive privilege for the purposes of the January 6 investigation and provide lawmakers access to presidential records from the Trump era.

"In some ways, it's easier to hold Clark accountable because he knows better. He knows how it works," said Jonathan Shaub, a University of Kentucky law professor who previously worked in the Justice Department's Office of Legal Counsel. "And if the Justice Department has authorized him to testify, he doesn't have any basis for not testifying."

"Of course, he's going to rely on the ambiguities of executive privilege and former President Trump, but he's sort of bootstrapping himself onto these claims Trump is making for others, because Trump doesn't seem to be making them for him," Shaub added. "He's kind of cut him loose." 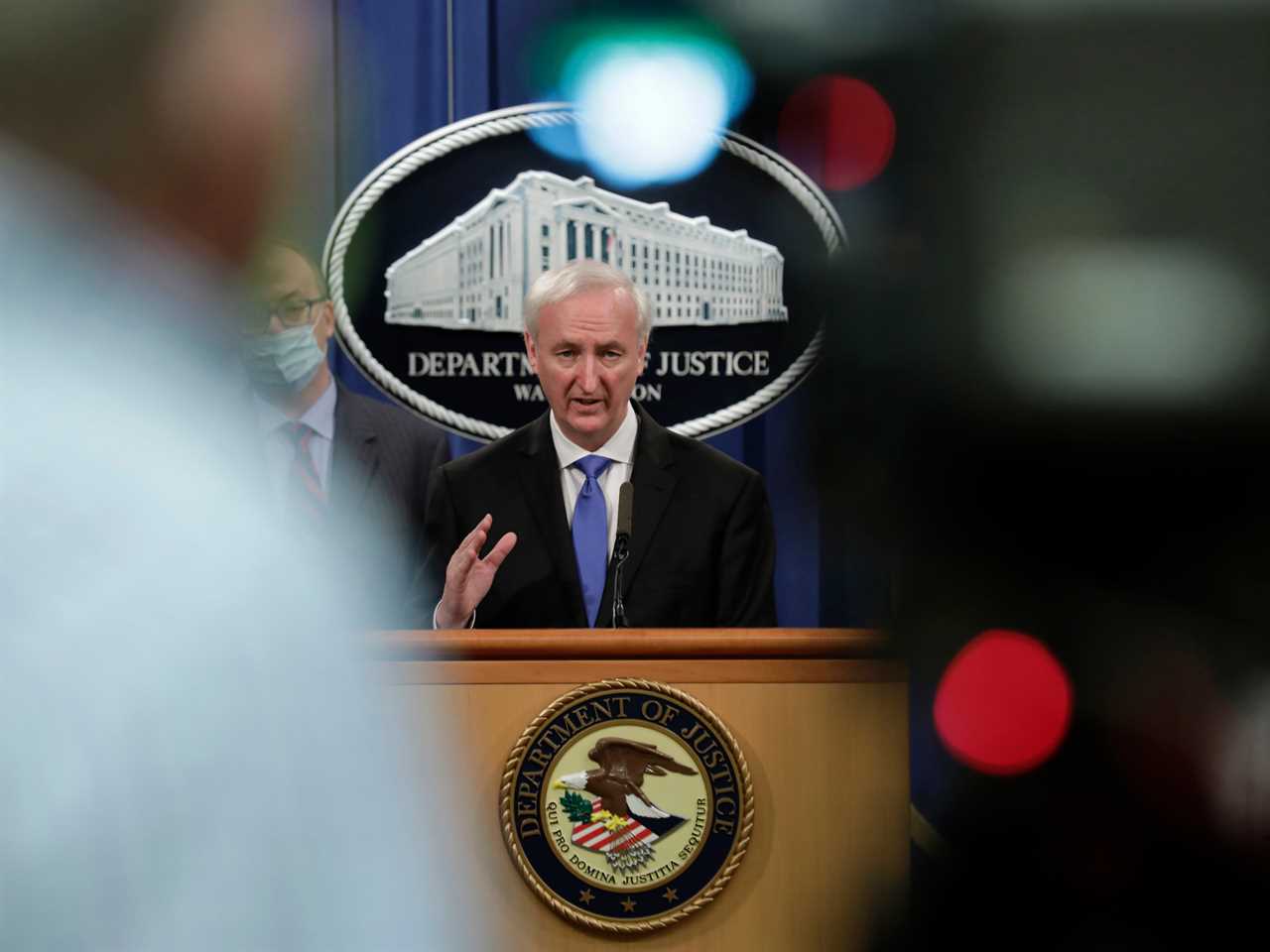 Both men have already testified extensively before both the House panel investigating January 6 and a separate Senate Judiciary Committee probe into the violent and deadly transition period between the Trump and Biden presidencies.

Headed into Wednesday's House committee contempt vote, Clark has separated himself from his former Justice Department superiors by avoiding lawmakers questions entirely. And now he's in a precarious legal position where a referral for criminal prosecution signals lawmakers no longer are willing to hold out for testimony that was expected to largely track with Rosen and Donoghue.

"If anybody should know better, it's this guy," said Rizwan Qureshi, a partner at the law firm Reed Smith and former prosecutor in the US attorney's office in Washington. "He's a lawyer. He understands the importance of appearing and responding to a subpoena." 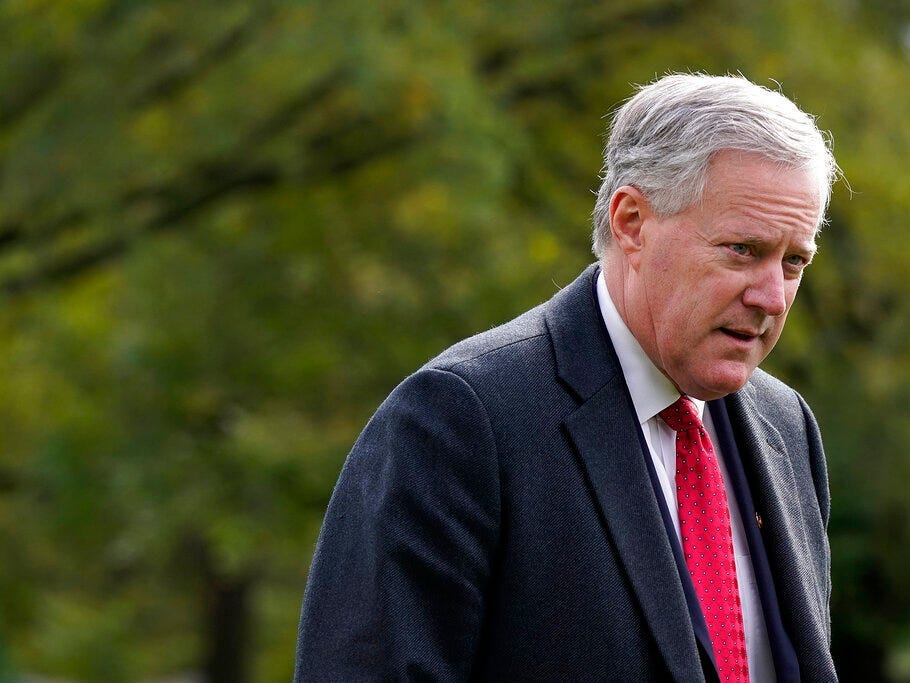 Clark still has time to change course too and cooperate — and recent developments could nudge him in that direction.

Trump's former White House chief of staff, Mark Meadows, signaled on Tuesday he would rather avoid a potential contempt referral by agreeing to appear for an initial interview and turn over documents to the same House committee that wants to question Clark.

Also, the House committee's scheduled vote to hold Clark in contempt comes just a day after arguments in the US Court of Appeals for the DC Circuit where lawyers for Trump encountered a skeptical three-judge panel that didn't seem very impressed with their arguments aimed at preventing the House committee from obtaining records from the past administration.

While Trump's lawyers have said they'd appeal a loss on the records case to the Supreme Court, it is anything but clear the nation's top court would agree to hear their arguments, let alone side in the former president's favor.

So Clark could still engage further with the House committee and negotiate a solution. Even after the committee's vote, Clark could stave off a criminal referral to the Justice Department by agreeing to cooperate before the full House decides whether to hold him in contempt.

Any cooperation on Clark's part could spare the Justice Department a vexing decision and potential awkwardness of prosecuting a former official over conduct connected to his time in government.

Read More
Did you miss our previous article...
https://lifestyle.delivery/personal-finance/a-metaverse-megayacht-just-sold-for-650000-this-is-the-most-expensive-nft-in-the-sandbox-virtual-universe
jeffreyclarkcase 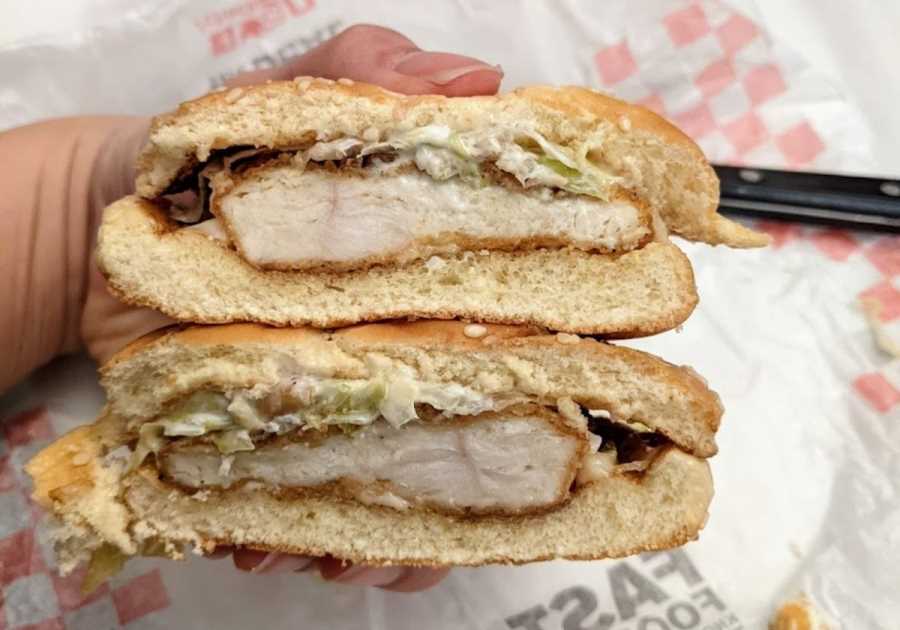