A remarkable wet handling track is just one of the new test and development capabilities at the Triwo Automotive Testing site in Pferdsfeld, Germany. ..

A remarkable wet handling track is just one of the new test and development capabilities at the Triwo Automotive Testing site in Pferdsfeld, Germany. The testing center started construction of its new automotive testing facilities in 2019 and successfully completed building in August 2021.

Founded as a real estate company in 1972, Triwo bought the former NATO airbase in Pferdsfeld in 2003 and the site was converted from an airfield to an automotive testing center, with OEM Opel as the main user of the facility.

The 320ha site features the original 3km runway and consists of 160ha of testing facilities and 160ha of industrial and commercial buildings.

“It was at the Nürburgring I learned that really good testing facilities in the tire industry are rare,” says Marco Krohn, general manager, Triwo Automotive Testing, commenting on the start of his career as a test driver for Bridgestone. “Therefore, my aim was to build up successful and effective facilities and this translated into the development of the testing site here in Pferdsfeld.”

To date, a multi-million dollar investment has been made, and the Triwo Automotive Testing facility now benefits from lateral aqua-planning facilities, brake measurement systems, several handling courses and the new wet handling track. 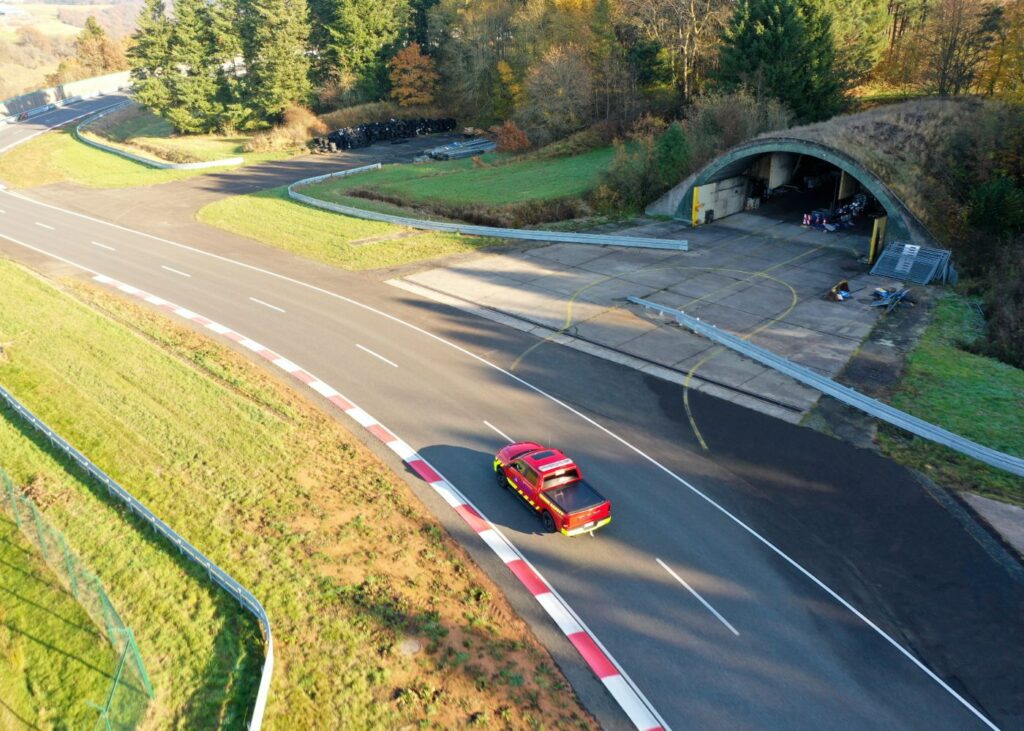 In 2019, Triwo made the decision to expand the site with the addition of the 1.8km wet handling track and supporting workshop facilities. The track features a 250m-long straight and an array of different design elements to meet several criteria for the testing of wet handling, explains Krohn.

“Firstly, the tarmac needs to be smooth and very even, and it also needs to be slippery with a low friction value,” he says. “We worked with experts and produced five test fields to find the right specification for the asphalt, in addition to carrying out 3,000 overruns with a special trailer to perfect the tracks surface.

“It is a highly dynamic track built specifically for ultra-high-performance cars. It has a lot of topography, and between points there is a height difference of more than 10m,” he adds. “Our target was to create a facility on a similar level to the Nordschleife but in the form of a wet handling track.” 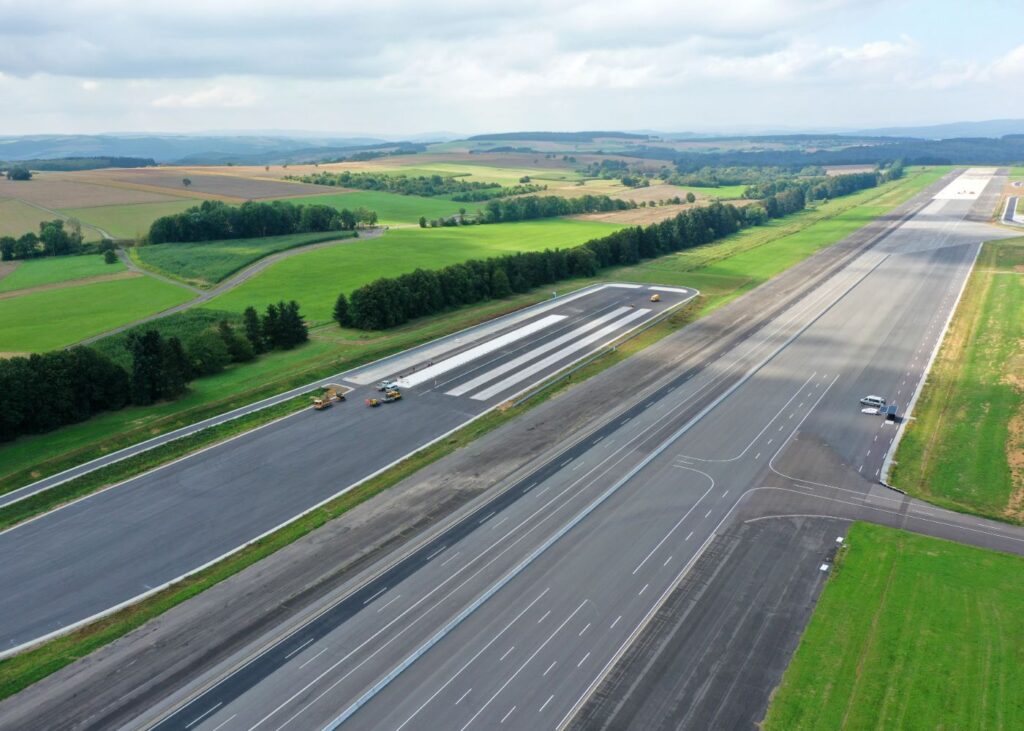 With tires and rims often being destroyed during testing, Triwo’s team has designed new curbstones for the handling circuit in addition to developing a new water spraying system – a system that Krohn believes is one of the best available. Water treatment was also carried out to ensure it is free from algae and minerals that could negatively affect the track or vehicle handling characteristics.

To support Triwo’s wide array of testing tracks some of the airport’s original buildings have been repurposed to welcome customers and to house the necessary equipment for automotive testing. 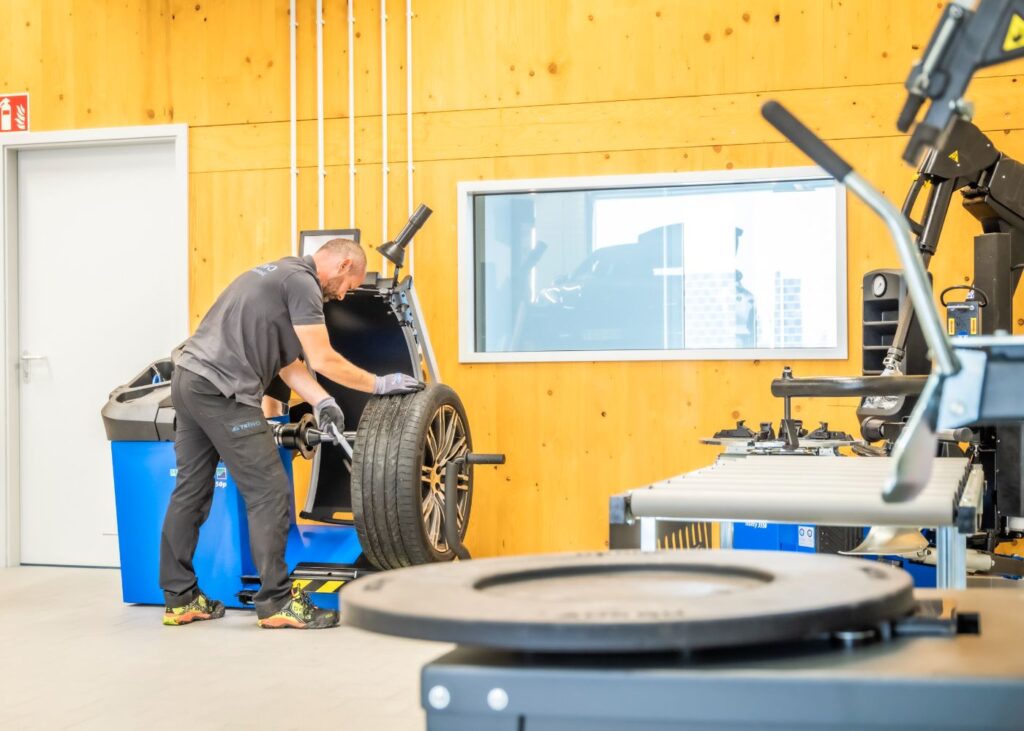 “We have made use of the old airport firefighter facilities and have installed column lifts and tools so that our customers can work on their cars here,” says Krohn. “Additionally, we have built a new customer center spread out over 2,000m² with offices, conference rooms and eight high-tech single or double workshops with direct access to the test tracks.”

To ensure that all testing programs are carried out in the safest environment possible, the testing facility also has a dispatcher situated in the airport’s central control tower.

“It is from here that our team observes all of the test tracks and instructs the vehicles on them,” says Krohn. “There is a lot of communication with customers such as daily driver briefings about what is happening on various tracks. Traffic lights have also been installed to control the traffic in addition to video surveillance.”

Additionally, Triwo purchased an E-unit – an emergency response vehicle similar to those found at the Nürburgring – fitted with all of the necessary equipment, such as pneumatic jaws to deliver first aid if an accident were to occur on-site. 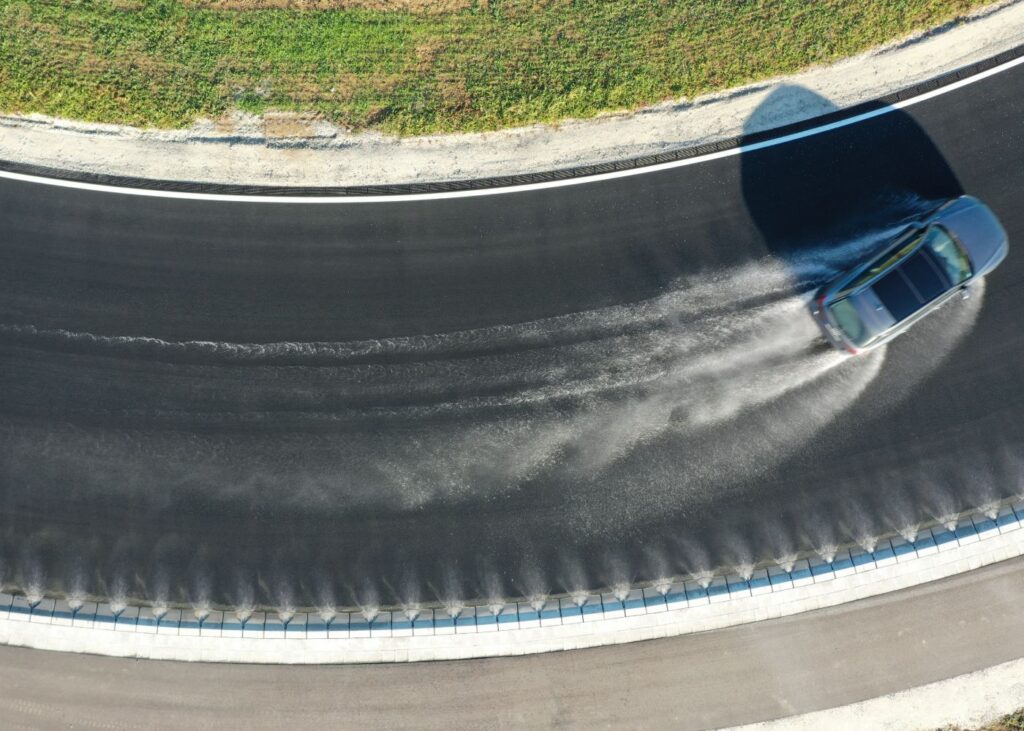 The construction of the testing site, however, did not come without its own logistical challenges, Krohn explains: “One of the biggest issues was telecommunication. The mobile connection was weak, and we had poor data transfer rates, so we invested in a countermeasure. We installed columns and masts around the facility and combined them with a glass fiber cable for a powerful internet connection.”

These data transmission points will offer customers a direct internet connection via WLAN even when work is being conducted on the runway. A central server in the tower also enables high data transmission rates all over the facility.

“The test track has been open since October 2021 and has been helping the industry carry out tire evaluation,” says Krohn. “We are enjoying working with a wide range of big tire producers and are looking forward to providing our contribution toward better tires.”

Read More
Did you miss our previous article...
https://lifestyle.delivery/technology-gaming/weekly-news-for-designers-no-629
successfullycompletedrealestatecompany