Alert: United Flights to Austin, Texas for as Low as $98

With a booming art and music scene, it’s no surprise that people flock to Austin, Texas, for their fix of concerts and festivals. United Airlines has ..

With a booming art and music scene, it’s no surprise that people flock to Austin, Texas, for their fix of concerts and festivals. United Airlines has deals to Austin from major cities around the U.S. starting at $98 round-trip. 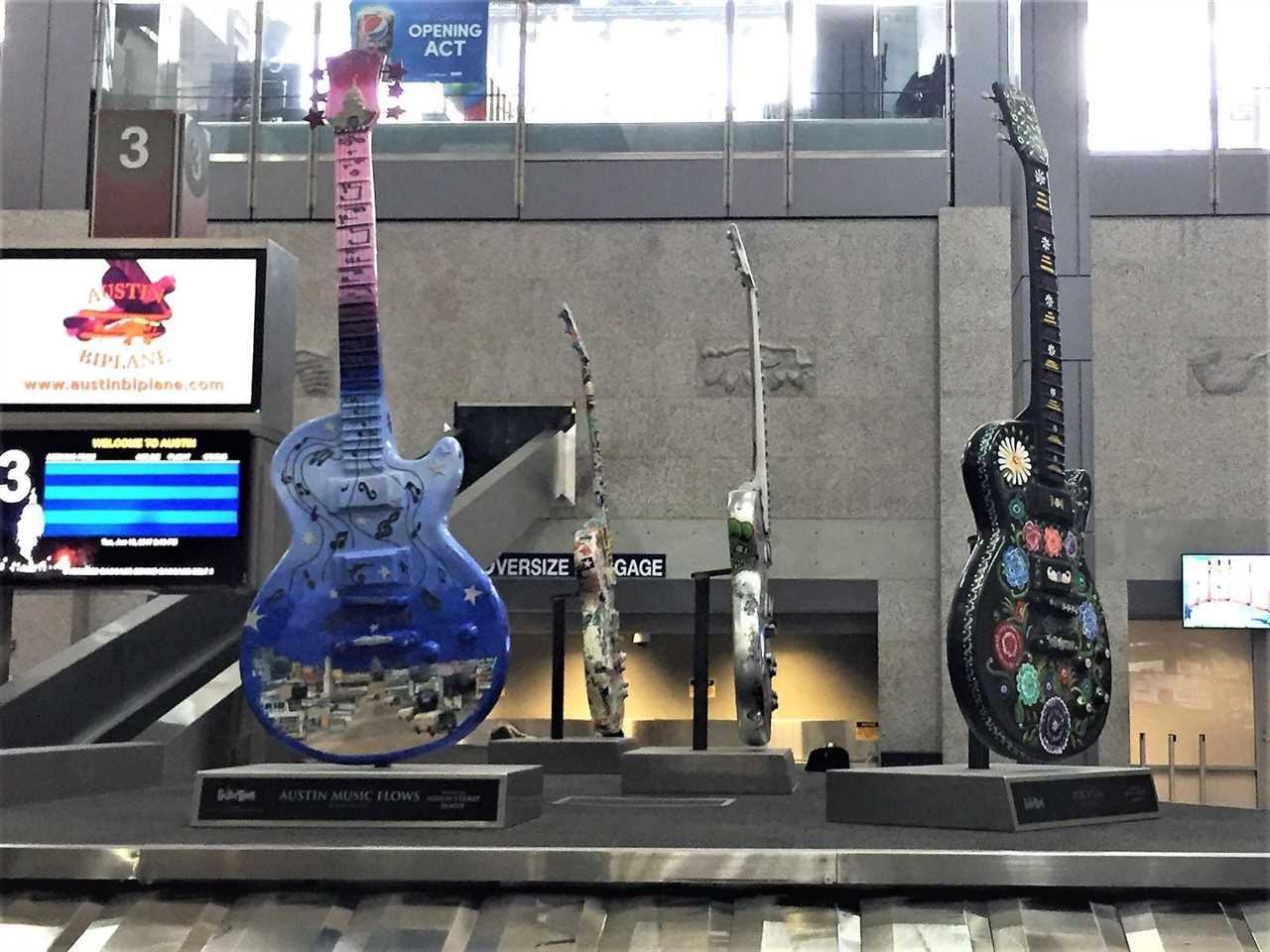 The Flight Deal alerted us to this offer. This deal is available for travel from February to April, depending on the route.

Airlines: United Airlines
Routes: ATL/EWR/DEN/LAX/ORD to AUS
How to book: Directly through the airline or through Google Flights
Travel dates: February – April

Related: 11 Things No One Tells You About… Austin, Texas

The deals below are for basic economy tickets on American, which include a standard seat. A carry-on, checked bag, seat selection and changes will cost extra. All of the fares below are under $200 round-trip.

If you’re traveling from the West Coast, one of the most affordable deals we found was from Los Angeles (LAX) to Austin (AUS) for $98 round-trip. We found a flight at the beginning of March, but note that fares at this price are limited. 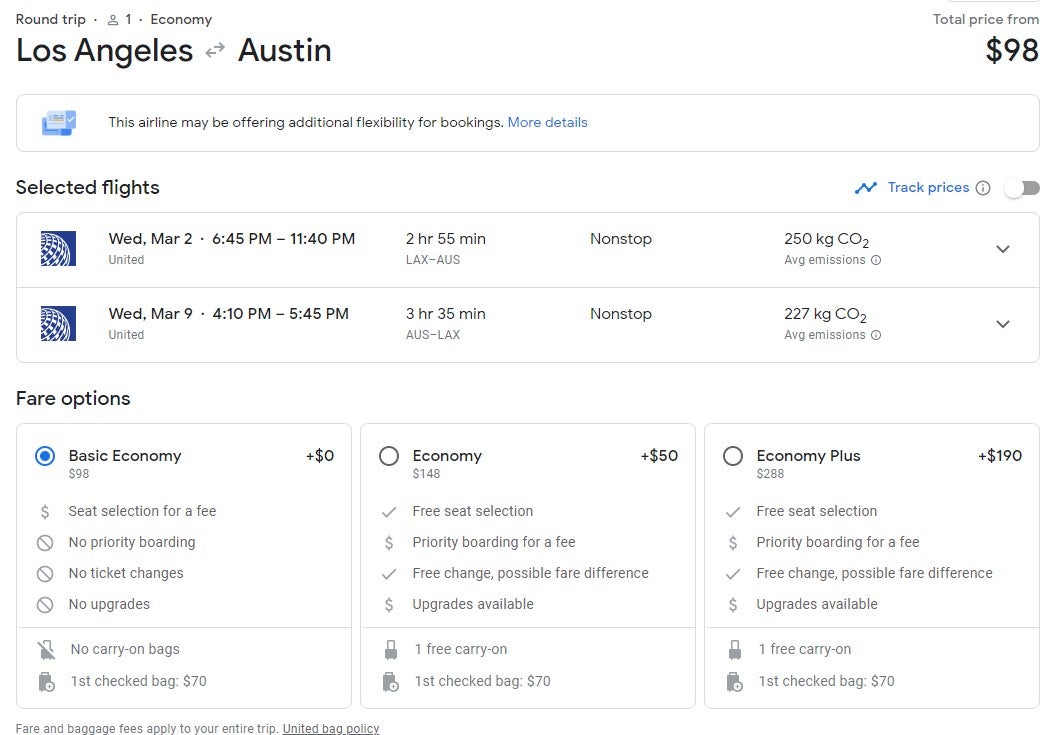 Another cheap but limited option, is from Denver (DEN) to Austin (AUS) for $118 round-trip. There were only a few dates left at this price. The one below is for the beginning of April.

On the East Coast, you can fly from Newark (EWR) to Austin (AUS) for $148 round-trip from the end of February to the beginning of March. Flights at this price were scattered throughout February and March. 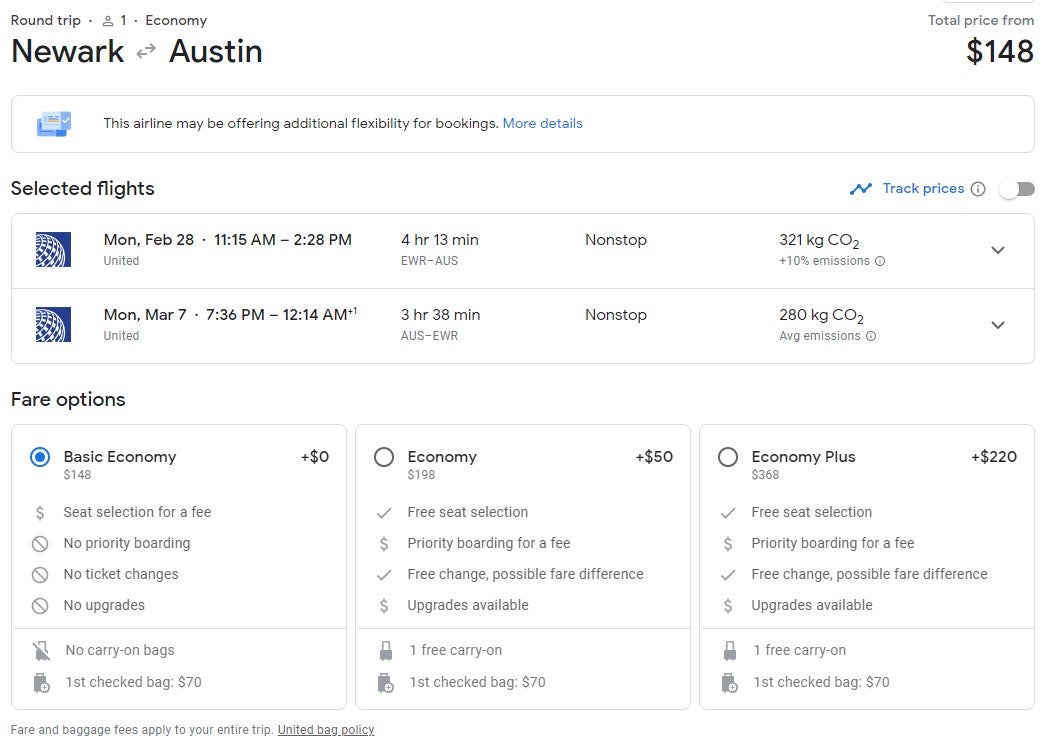 Travelers can go from Atlanta (ATL) to Austin (AUS) for $186 round-trip at the beginning of March with a short stop in Houston (IAH) each way. 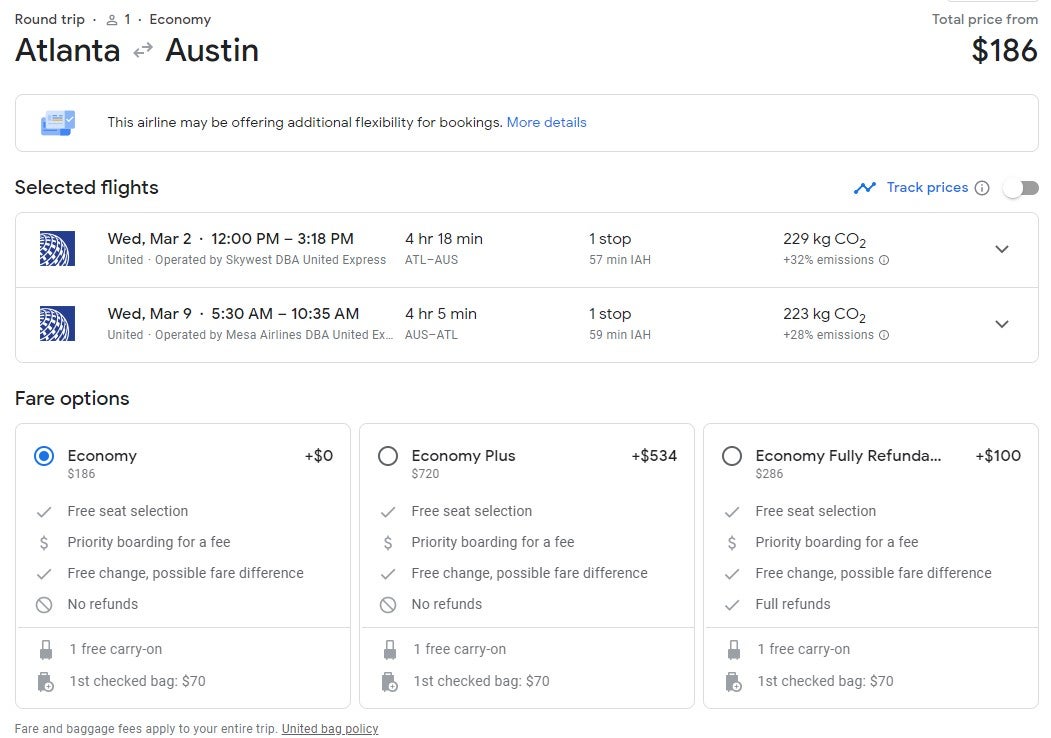 There are many options to go from Chicago (ORD) to Austin (AUS) for $198 round-trip. The flight below is from the end of March to the beginning of April, but the route at this price is available throughout both months. 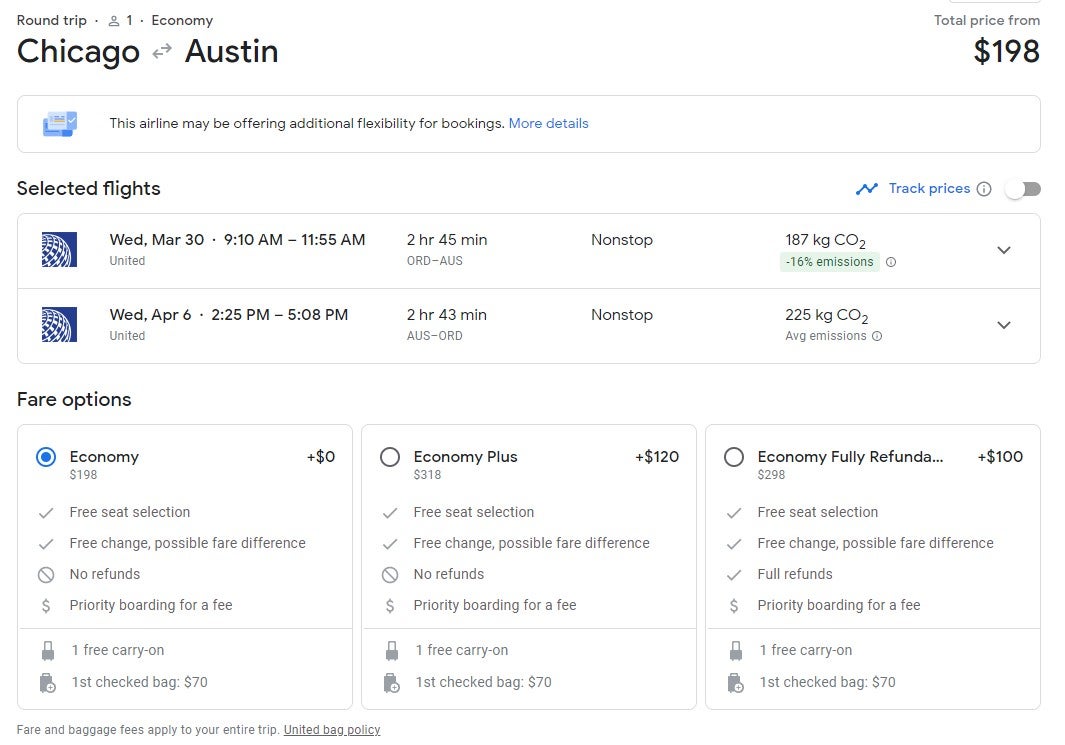 The information for the Citi Prestige Card has been collected independently by The Points Guy. The card details on this page have not been reviewed or provided by the card issuer.

Whether you’re looking for a good concert to go to, an eclectic food scene or awesome shopping in the 2nd Street District, Austin has everything unique and weird to pique your interest. Don’t sleep on these deals to the capital city of Texas.