The day is finally here.When American Airlines and JetBlue first announced their Northeast Alliance last year, many flyers (and TPG readers) were..

The day is finally here.

When American Airlines and JetBlue first announced their Northeast Alliance last year, many flyers (and TPG readers) were eager to learn more about the teased reciprocal loyalty benefits.

Well, the two airlines — despite the outstanding Department of Justice lawsuit — have just unveiled the details about reciprocal mileage redemptions and elite benefits.

This latest enhancement builds on the already existing reciprocal mileage earning offering for all American AAdvantage members and JetBlue TrueBlue members, which first launched in May.

Starting in November, American’s loyalty members will be able to redeem AAdvantage miles for JetBlue-operated flights.

While the exact start date is still up in the air, American shared the upcoming redemption rates for JetBlue awards. The good news is that all awards for JetBlue’s core (economy) cabin will be available at the exact same rates that AA already uses for the rest of its partners.

American confirmed to TPG that it is not devaluing the partner award chart as part of Wednesday’s news. As such, the mileage required for a coach seat on a JetBlue flight will be priced at the current Main Cabin award rates, which are as follows for departures from the continental U.S. and Canada. The chart includes destinations where JetBlue doesn’t fly, though the rates are included for connecting itineraries.

In order to redeem American miles for a JetBlue flight, you’ll need to find award availability. We asked American which fare classes JetBlue is using to release award seats, but a carrier spokesperson didn’t have the details available just yet.

The only route(s) where you’ll never find availability is JetBlue’s new London service, which is excluded from the Northeast Alliance. The remainder of JetBlue’s network, however, will be available for redemption so long as there’s award availability.

Additionally, you’ll be able to purchase awards that contain both an American and a JetBlue flight. For example, say you want to fly from Fort Lauderdale to Tel Aviv, with a connection in New York-JFK. If you found award availability on JetBlue for the domestic segment and on American for the international one, you can combine the two flights for a one-way main cabin award priced at 40,000 AAdvantage miles.

An American Airlines spokesperson confirmed that taxes and carrier-imposed surcharges for JetBlue redemptions will be handled in the same manner as other partners. For most domestic one-way flights, expect to pay a $5.60 security fee along with the required miles.

All in all, this is welcome news for those sitting on a stock of American miles. The airline isn’t changing any of its award pricing for JetBlue coach options, and this is sure to be a popular redemption option for many TPG readers.

Just be sure to crunch the numbers before you book a JetBlue award — just because there’s availability doesn’t necessarily mean it’s worth redeeming miles, especially when many of JetBlue’s domestic flights are often quite inexpensive.

Though American isn’t changing its partner award pricing for economy awards, the airline is adding a carve-out for JetBlue’s award-winning Mint business class.

For Mint redemptions between the following cities, you’ll need to spend an additional 15,000 AAdvantage miles on top of the first-class award rate listed in the partner award chart. 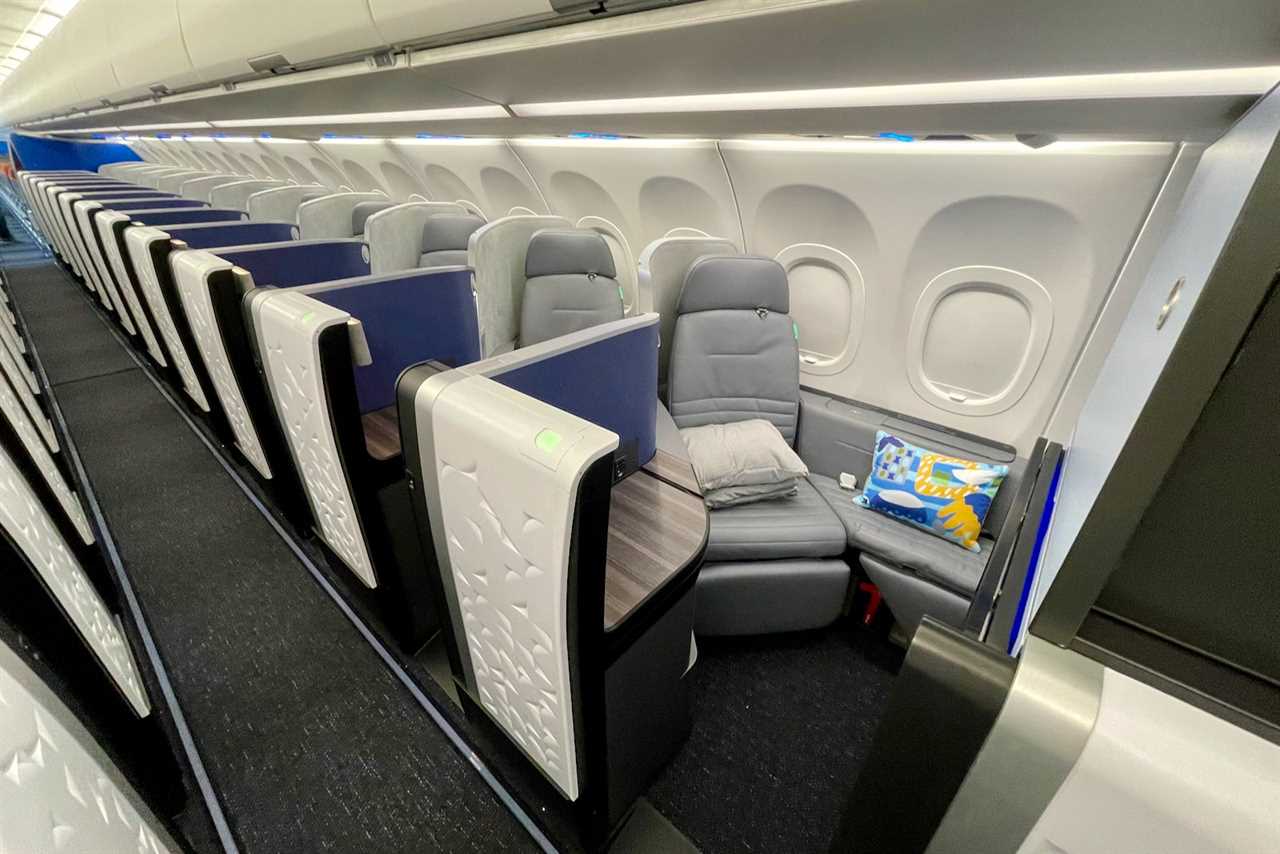 JetBlue also flies its Mint-equipped Airbus A321s to destinations not covered by the above carve-out, such as Las Vegas, San Diego, Seattle and cities in the Caribbean. An American Airlines spokesperson told TPG that those awards would price at the regular rate for partner first-class redemptions.

If this is all too confusing, just reference the below award chart for Mint redemptions. The table includes destinations where JetBlue doesn’t fly, though the rates are included for connecting itineraries.

There are a few interesting tidbits about how Mint redemptions are going to work. For one, American publishes partner award charts for three cabins: economy, business/first and first class. Historically, you’ve only been on the hook for the first-class pricing when an airline operates both a business- and a first-class cabin on the same aircraft.

Of course, JetBlue’s Mint-equipped Airbus A321s only have two cabins, Mint and economy, though American is opting to price those awards at the first-class rate and an additional mileage surcharge. Though it’s anyone’s guess why American is charging so many miles for Mint, it’s possible that JetBlue is asking American for a very high reimbursement rate for awards booked into its popular Mint cabin.

If you aren’t sitting on a big stockpile of American miles, you can instead opt to redeem Emirates miles for Mint awards — and save some miles in the process. For a one-way flight from New York to Los Angeles, Emirates charges 52,000 miles, way fewer than the 65,000 required by American.

While American has its reciprocal redemption details squared away, JetBlue’s version is still a work in progress.

The airline promises that it’ll add the ability to redeem TrueBlue points for American flights “in the future.” Stay tuned to TPG for updates on when this feature eventually rolls out.

Beginning on Wednesday, Oct. 13, all American AAdvantage elites will enjoy a slew of elite benefits when traveling with JetBlue, including: 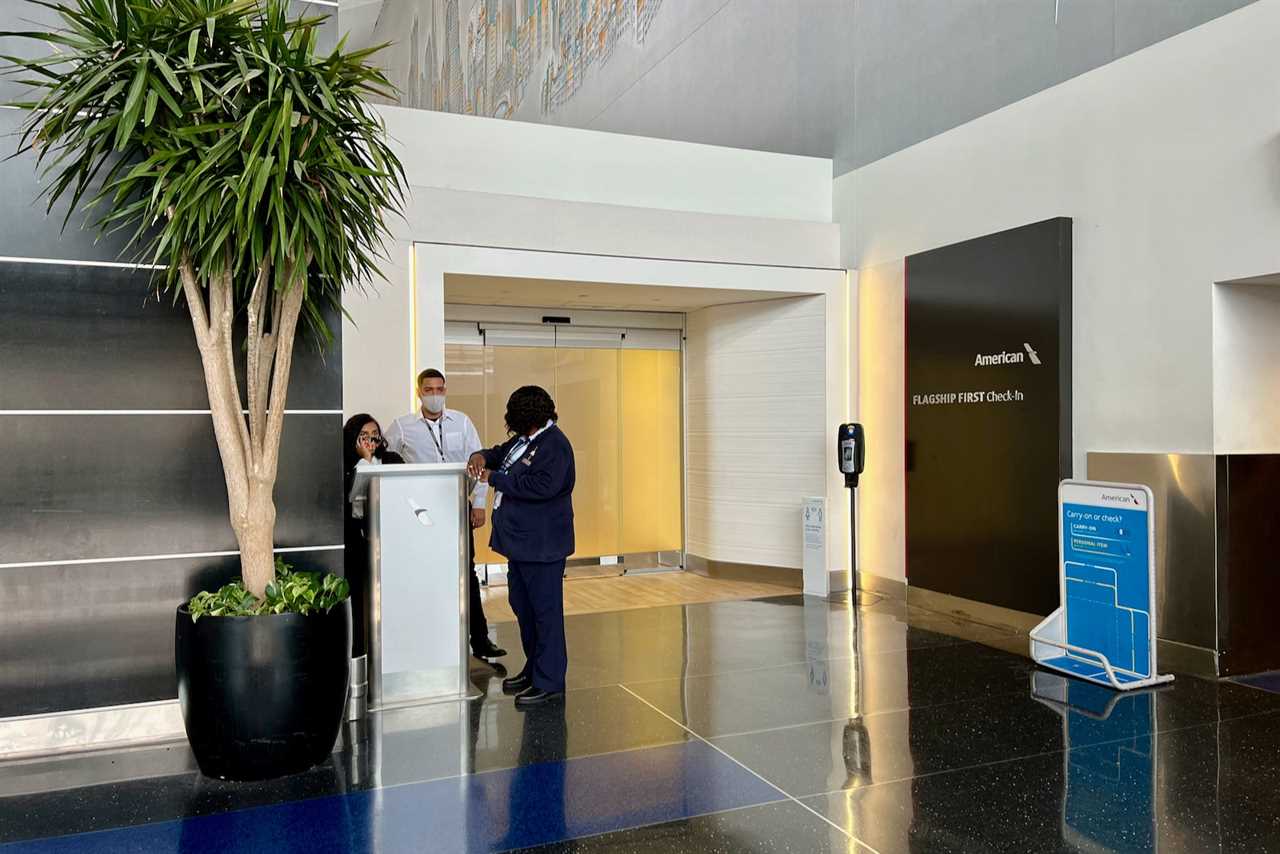 You’ll need to enter your AAdvantage number in your JetBlue booking to unlock these benefits. Note that you can check in on the JetBlue website, mobile app or kiosk and enjoy these reciprocal elite perks without a stop at the check-in desk.

Beginning on Wednesday, Oct. 13, all JetBlue Mosaics will enjoy a slew of elite benefits when traveling with American, including:

Note that you’ll need to input your JetBlue TrueBlue number in your American Airlines booking to take advantage of the perks. Plus, you’ll need to check in at the American ticket counter to partake in your perks.

An American spokesperson explained that the airline is still working through the technology integration on the back-end to automate this process. Once that’s complete, you’ll be able to check in online, on the mobile app or at a kiosk and enjoy your perks without a visit to the counter.

Additionally, JetBlue Mosaics will be able to select complimentary preferred seats on American flights later this year. Note that these seats are just preferable locations in the coach cabin, like aisles or windows. This benefit excludes American’s extra-legroom Main Cabin Extra offering.

It’s great to see American and JetBlue continue to deliver on customer-focused benefits of the Northeast Alliance, despite the pending Department of Justice lawsuit.

Last month, the DOJ filed an anti-trust suit against American and JetBlue, saying that the pact allows for anti-competitive coordination between the two carriers.

The two airlines quickly responded, striking back against the DOJ with plenty of statistics, new marketing campaigns and even a dedicated website, neaflies.com, to make their case that the Northeast Alliance does, in fact, promote competition and deliver benefit to customers.

This latest move, along with the competitive response that the Northeast Alliance has elicited from Delta and United, seems to weaken the fed’s case.

Either way, the big winner is the traveler: with new redemption options and elite perks, there’s no better time to be an American or JetBlue loyalist.