Get on board now: Alaska Airlines flies to Hawaii for only $99

Fall is coming, which means winter is not too far behind. Come January, you’ll probably do just about anything to escape to a tropical destination...

Fall is coming, which means winter is not too far behind. Come January, you’ll probably do just about anything to escape to a tropical destination. Well, how does Hawaii sound? For just three days only, you could fly to Hawaii and back for as low as $99 each way thanks to Alaska Airlines’ Hawaii sale.

Flights are available from Sept. 28 through February/March from various cities, including San Francisco, Los Angeles and Portland, Oregon, to Maui, Kauai, Kona and Honolulu, starting at $99 for select routes. The sale also includes departing/return flights from Hawaii to the mainland U.S. for the same price. 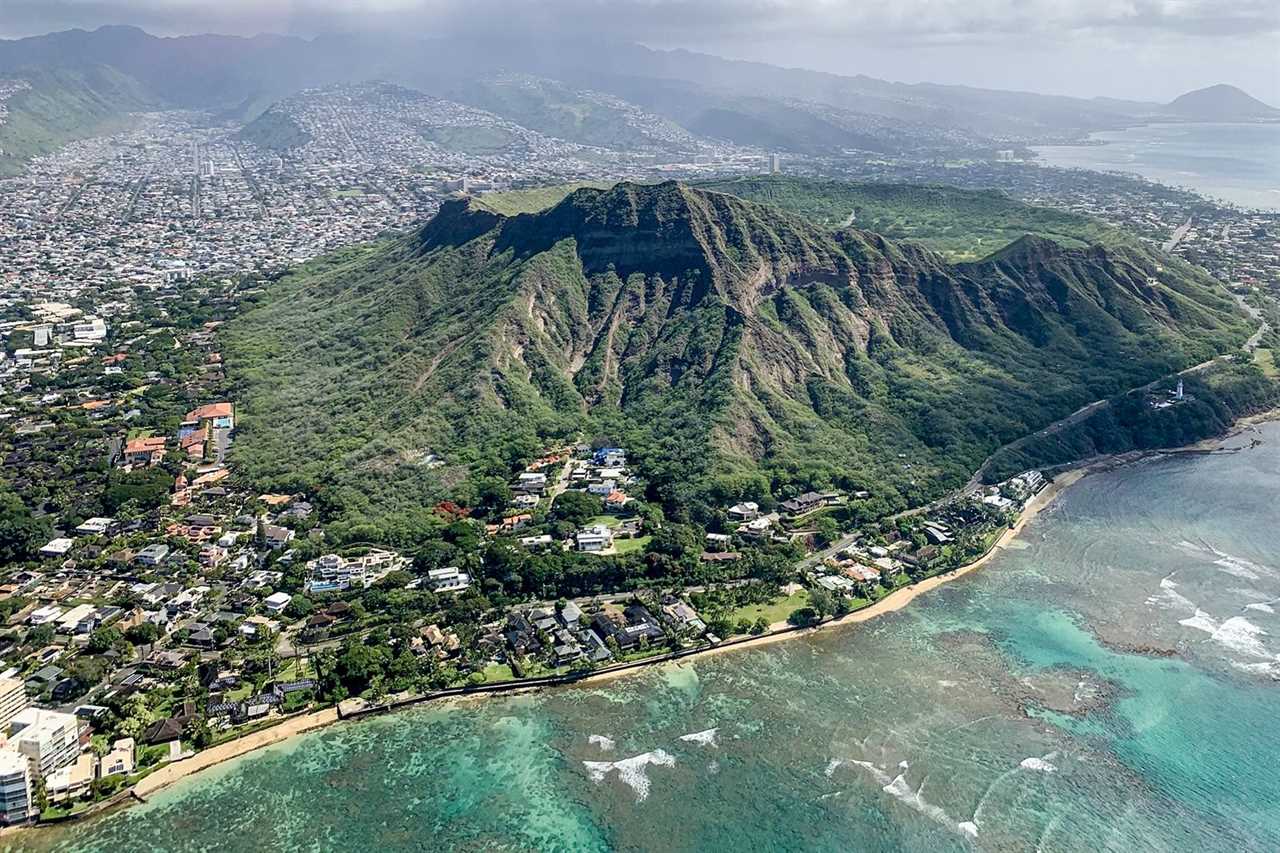 Airline: Alaska Airlines.
Routes: PDX/SEA/SJC/SAN/ANC/LAX and others to HNL/KOA/OGG/LIH.
Cost: Starting at $99 each way for select routes.
Dates: Book for travel between Sept. 28 and February/March. The exact end dates depend on the route.
Pay with: The Platinum Card® from American Express for 5x on airfare booked directly with the airline or through American Express Travel (on up to $500,000 on these purchases per calendar year), the Citi Prestige® Card for 5x on airfare, the Citi Premier® Card or Chase Sapphire Reserve for 3x on air travel, the American Express® Gold Card for 3x on airfare when booked directly with the airline or through Amex Travel, or the Chase Sapphire Preferred Card for 2x on travel.

The information for the Citi Prestige Card has been collected independently by The Points Guy. The card details on this page have not been reviewed or provided by the card issuer.

Before we jump in, let’s discuss logistics. Flights must be booked by 11:59 pm PT on Sept.16 for travel at least 14 days out. Flights during holiday travel, specifically Dec.15-30, are excluded from the sale, as well as Feb. 16-17. In searching, you’ll note the availability of the deal depends on the timing. Most have more open availability at the lowest fare throughout October and November, before tapering off in December and January for the holidays and picking back up in February through March.

This deal is valid on flights departing Mondays through Thursdays for the airline’s saver fare, which means assigned seating and boarding last. Passengers are allowed one carry-on plus one personal item. For $40 each way, you could upgrade to the main cabin. Note that a 24-hour cancellation policy applies to all fares.

Read more: I love Hawaii, but I’m not going back anytime soon — here’s why

This deal includes flights from Portland and Seattle to Honolulu for as low as $149 each way. For example, you could fly nonstop from Portland (PDX) to Honolulu (HNL) for a week in mid-November for less than $300 round-trip. 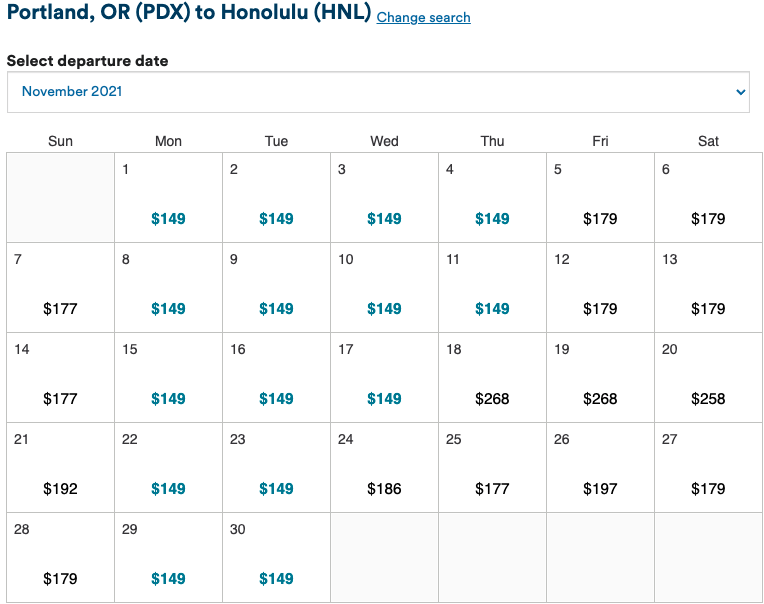 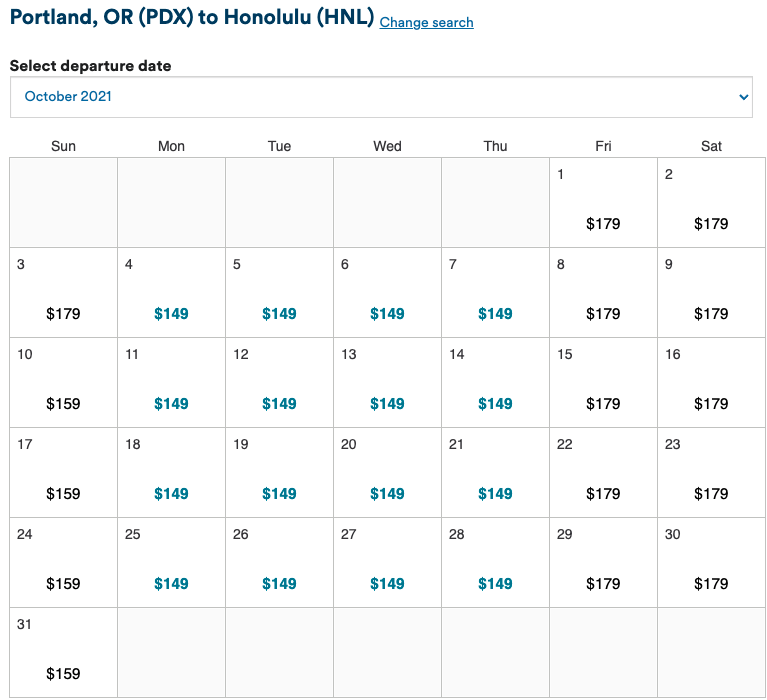 One-way flights for $177 are also plentiful in February and March.

Related: Delicious but dated: What it’s like flying Alaska Airlines from Seattle to Hawaii in first class 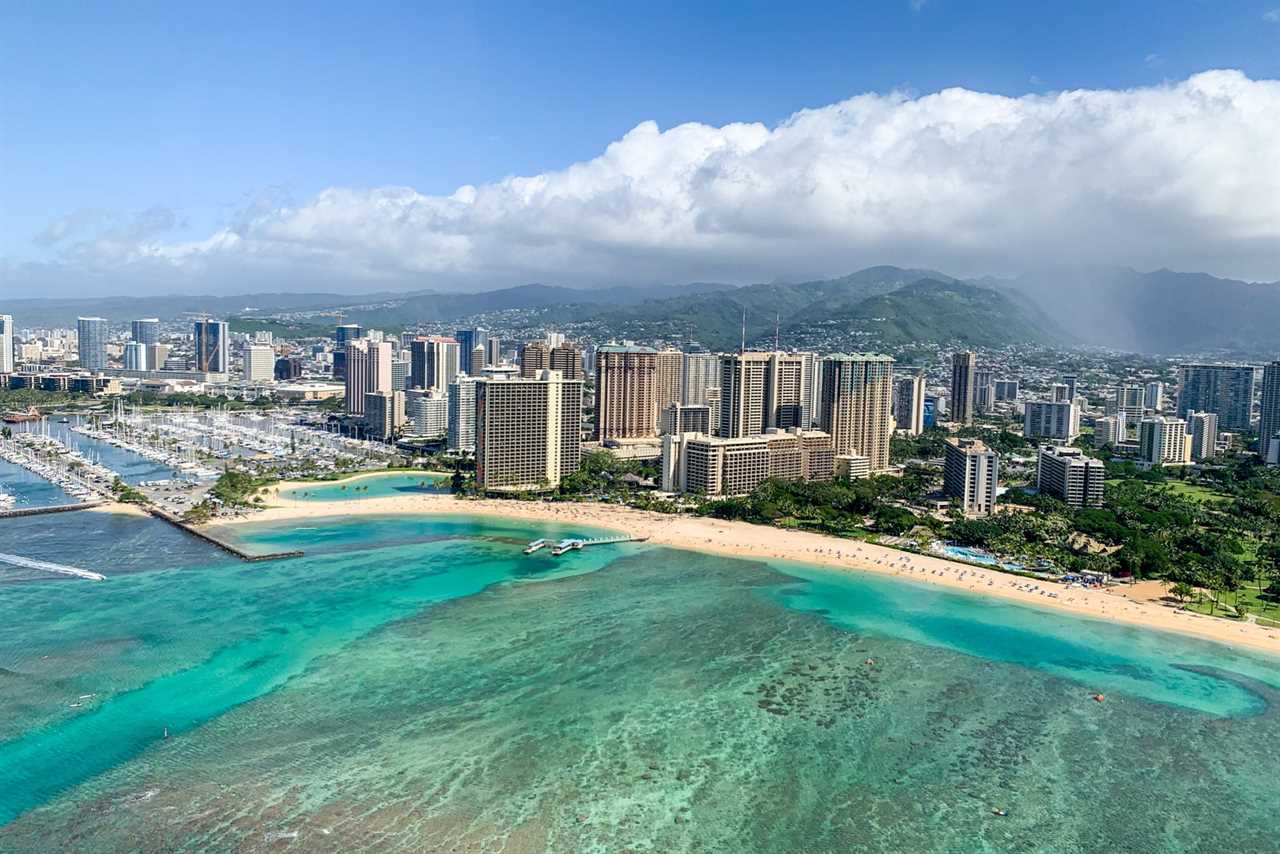 Nonstop flights from Seattle to Honolulu for as low as $149 each way are also available, like the below flight in February next year.

Read more: What you need to know about Hawaii’s second vaccine passport

Remember this deal goes through March, so you could fly from San Jose to Kona for $99 each way as well.

If you are planning to take advantage of this deal, do note a few logistical considerations regarding traveling to Hawaii during the pandemic. If you are headed to Honolulu or elsewhere on Oahu, note that as of Aug. 30, the island requires proof of a COVID-19 vaccine or negative test to eat at bars and restaurants, in addition to other indoor facilities. This mandate is expected to last through at least October. 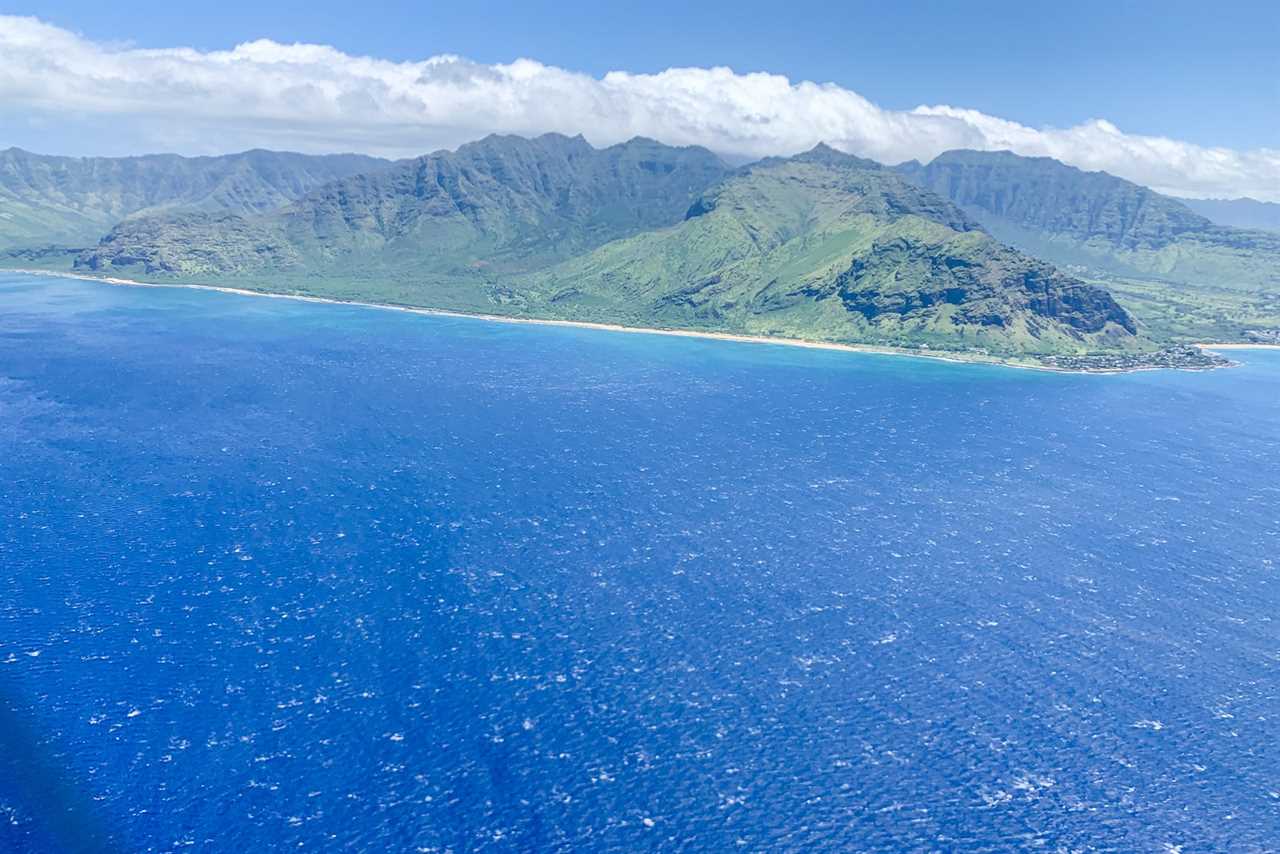 Fully vaccinated travelers no longer have to get pre-travel testing or quarantine upon arrival and those who are unvaccinated age 5 and older can skip the mandatory 10-day quarantine by submitting results of negative COVID-19 test taken within 72 hours of departure. The state has not indicated its intention to add back pre-travel testing, vaccination or self-quarantine requirements for interisland travel. All travelers 18 and older must register for the Safe Travels online program.

Read more: Oahu adds additional requirements to dine out: Everything you need to know about visiting Hawaii now

Earlier this week, Hawaii Gov. David Ige rolled out Hawaii’s Smart Health Card for locals to use as a form of digital vaccination proof to access businesses and venues with COVID-19 vaccination requirements. It is currently only available for those vaccinated in the state of Hawaii, though.

Lastly, we would be remiss not to mention the pleas from Ige and other officials to avoid tourist travel to the islands due to the strain tourism has put on the state in managing COVID-19. If you take that into consideration, which you should, perhaps use this deal as an opportunity for travel that is further out.

There are no special codes needed to find these fares. Just go to the Alaska sale landing page here for the details.

You can also use Google Flights and plug in your desired departure and destination cities. Then, use the calendar function to find dates and prices that work for you and then click through to book with the airline directly.