The Northeast Alliance between American Airlines and JetBlue is coming to life.In addition to a slew of new routes, more than 100 codeshare flights..

The Northeast Alliance between American Airlines and JetBlue is coming to life.

In addition to a slew of new routes, more than 100 codeshare flights and reciprocal loyalty benefits, the two airlines have teamed up to make it easier to connect in New York’s busiest airport — using a shuttle bus.

At New York-JFK, each of the airport’s six terminals operates like its own fiefdom. None are physically attached to each other, and getting between them has historically required exiting security, picking up your luggage and taking the AirTrain.

So, when AA and JetBlue joined forces in the Northeast, they needed to figure out how to make it easier for travelers to get between Terminal 5 (JetBlue’s home) and Terminal 8 (American’s home). After all, a key selling point of the alliance was that JetBlue would provide domestic connectivity to AA’s long-haul flights from JFK, and vice versa. 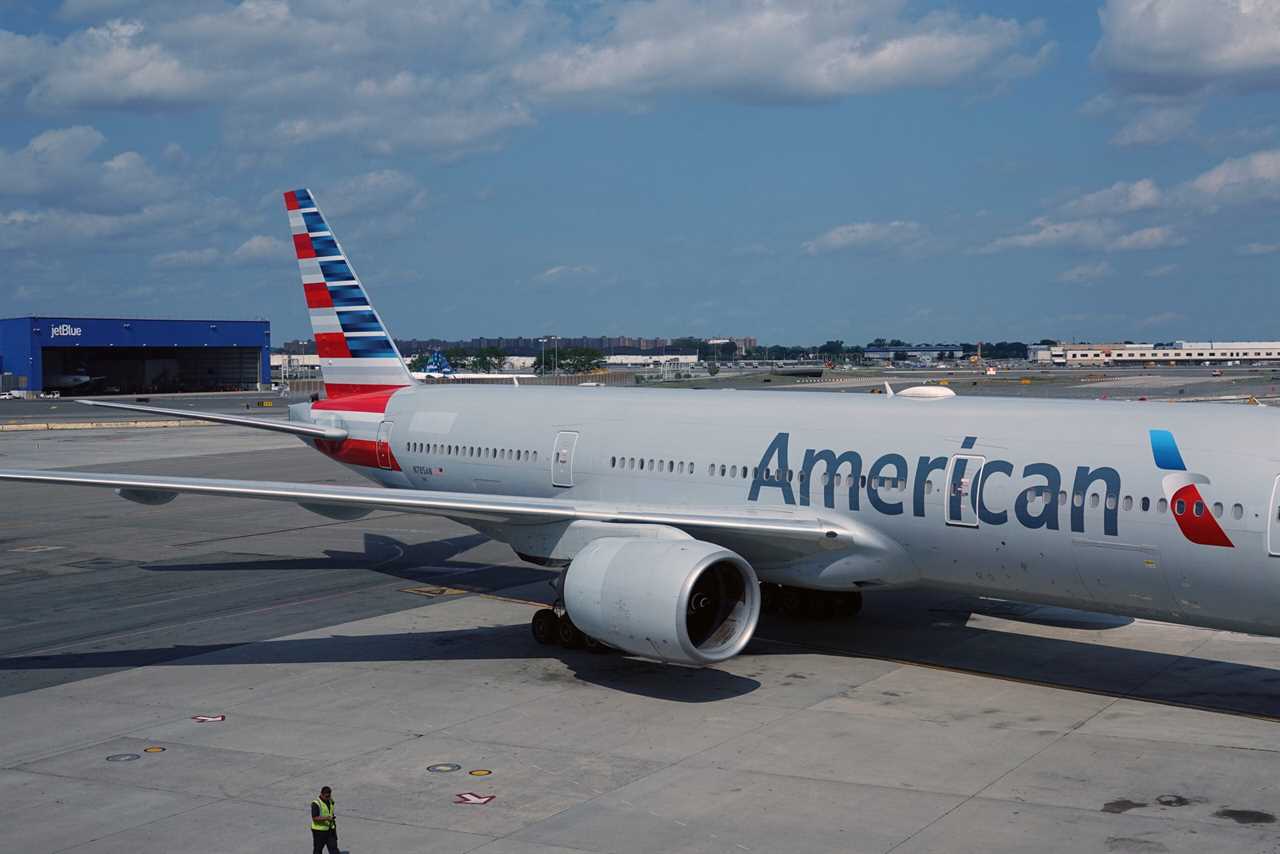 Well, to streamline connections, AA and JetBlue tapped ABM, a facility services manager specializing in airports, to launch an airside bus between Terminal 5 and 8 that would provide a direct, post-security connection between each airline’s home.

Though I much prefer flying from airports, I took one for the team and trekked out to JFK just to put the bus ride to the test — how does it work and does it really streamline connections?

Turns out, it’s no more than just a shuttle bus — and not a fancy one like United has in Denver — but that’s enough to dramatically improve the JFK connection experience.

When I arrived at Terminal 8, I immediately saw plenty of signs directing passengers booked on a JetBlue codeshare flight — indicated by an AA flight number between 9100 and 9600 — to head to Gate 13 to catch the bus to Terminal 5. 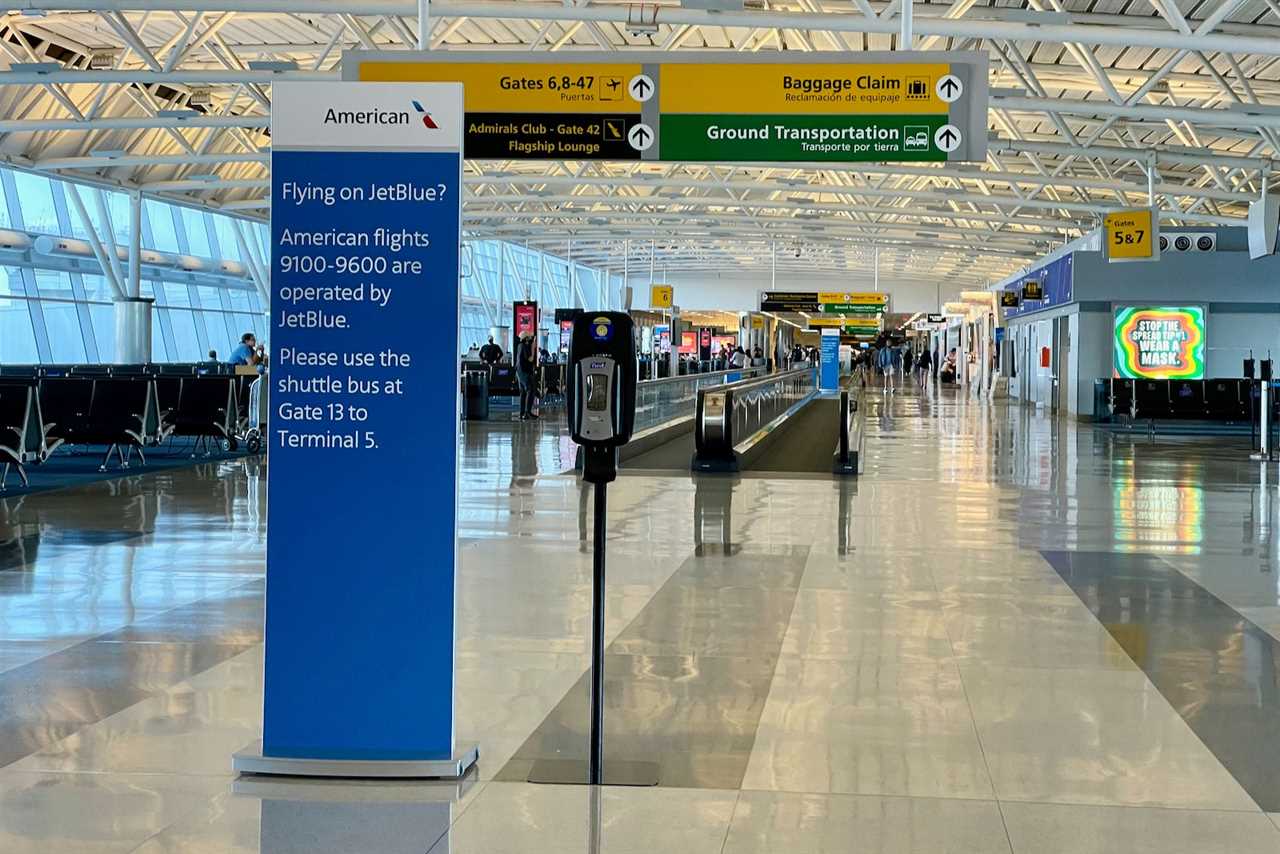 Along the way, I took a look at the departure monitors and was impressed to see all the JetBlue codeshares listed on the AA boards, along with the flight status and instructions to proceed to Terminal 5. 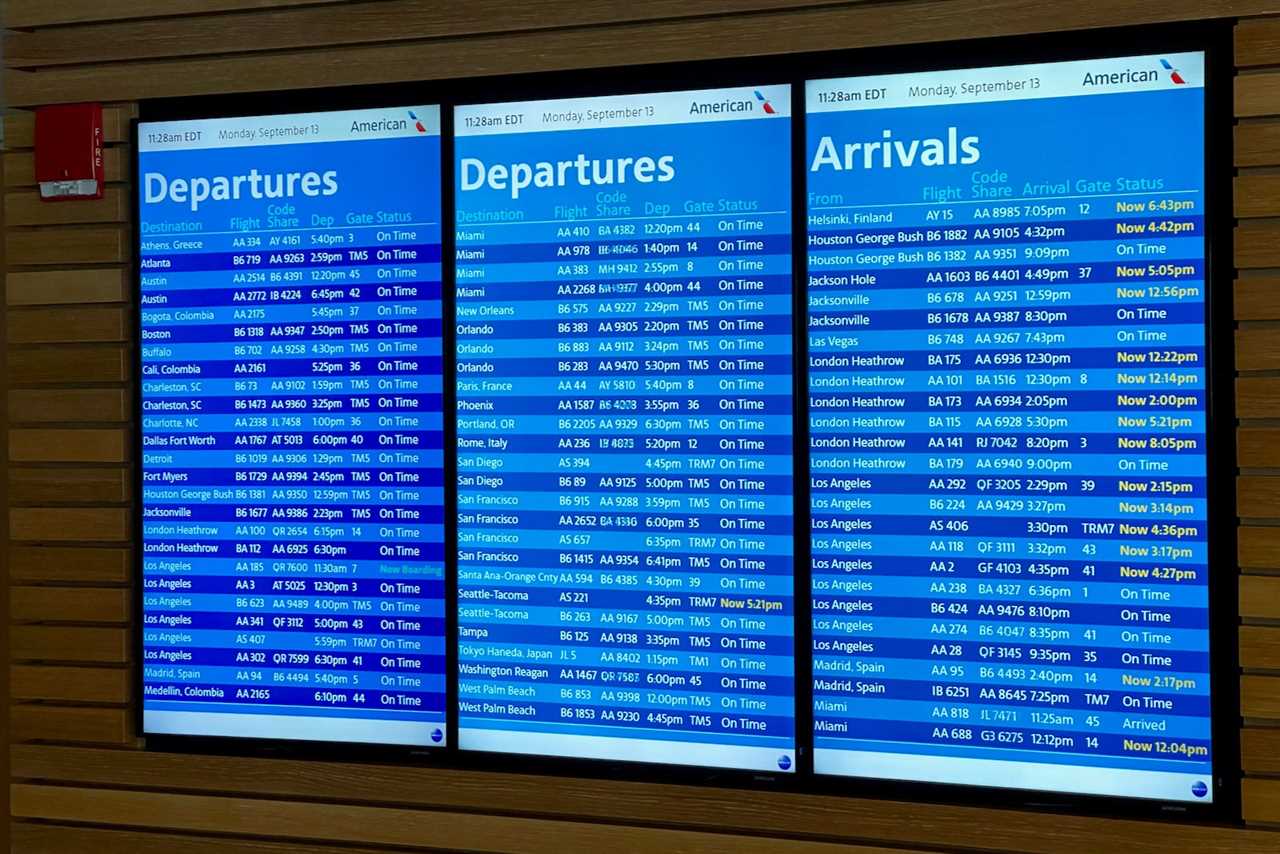 It wasn’t hard to find Gate 13. Located in the center of Terminal 8’s main concourse, it’s nearly impossible to miss. 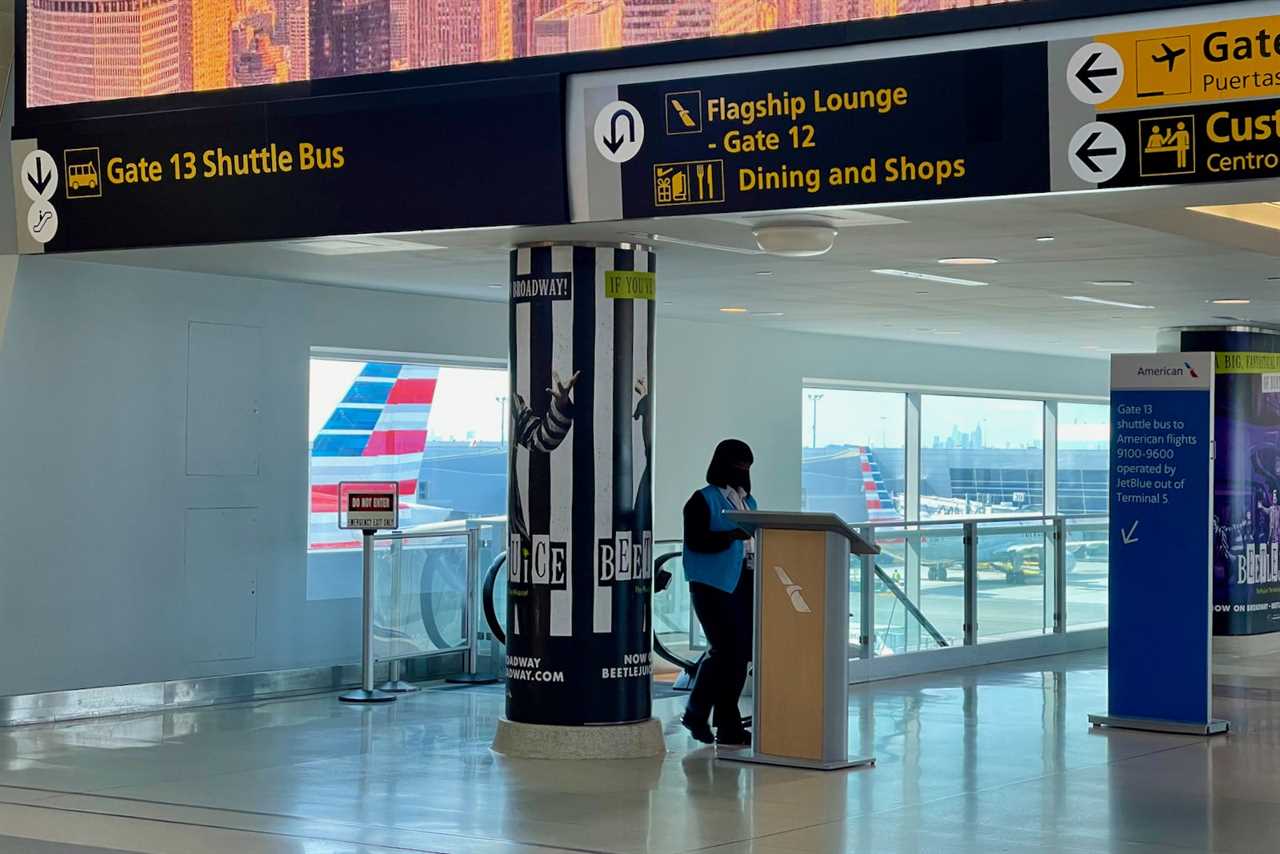 Plus, there’s a large sign that reads “Gate 13 Shuttle Bus,” along with a uniformed representative waiting to check your boarding pass and confirm that you’re headed in the right direction. 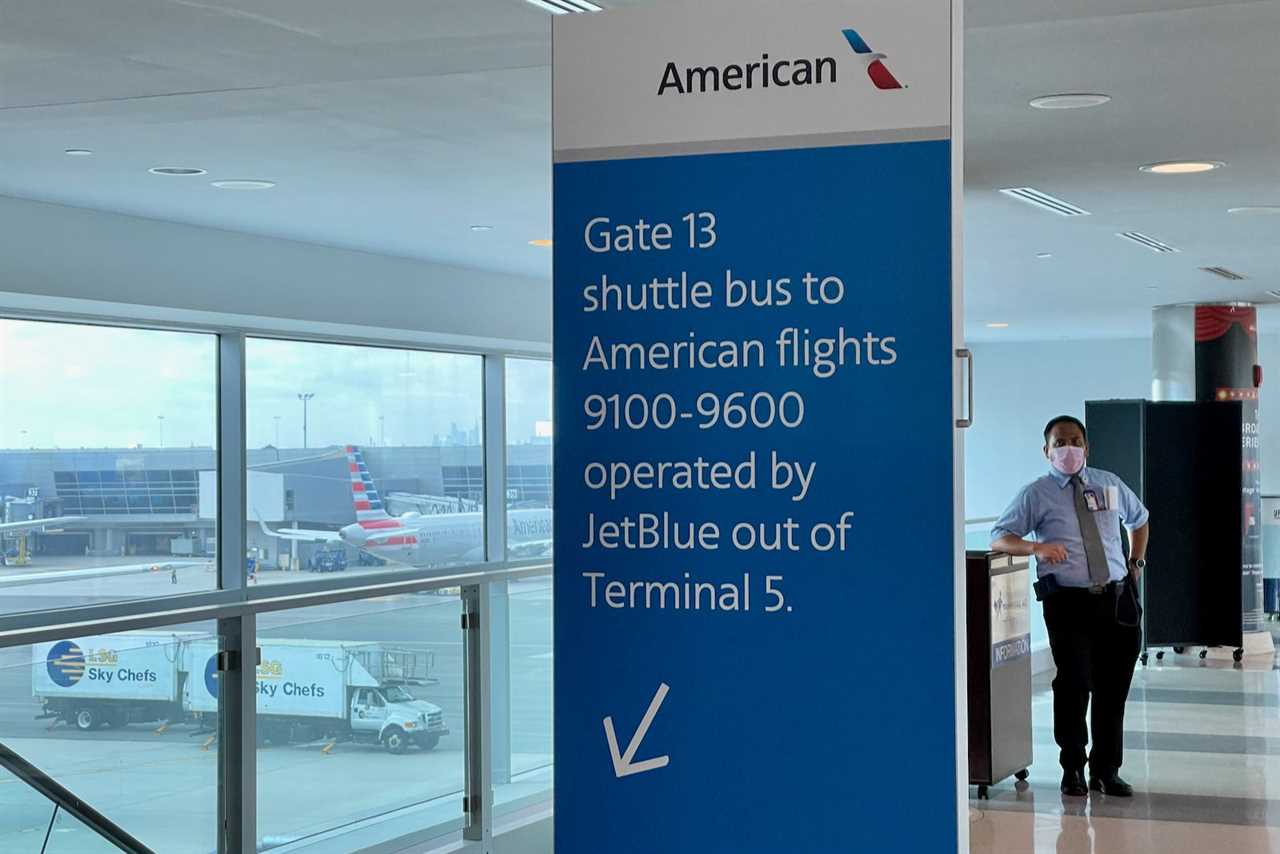 Once verified, you’re instructed to descend down the escalator and wait for the next bus. For now, they run every 15 minutes, though that’ll drop to ten minutes as flight schedules increase. 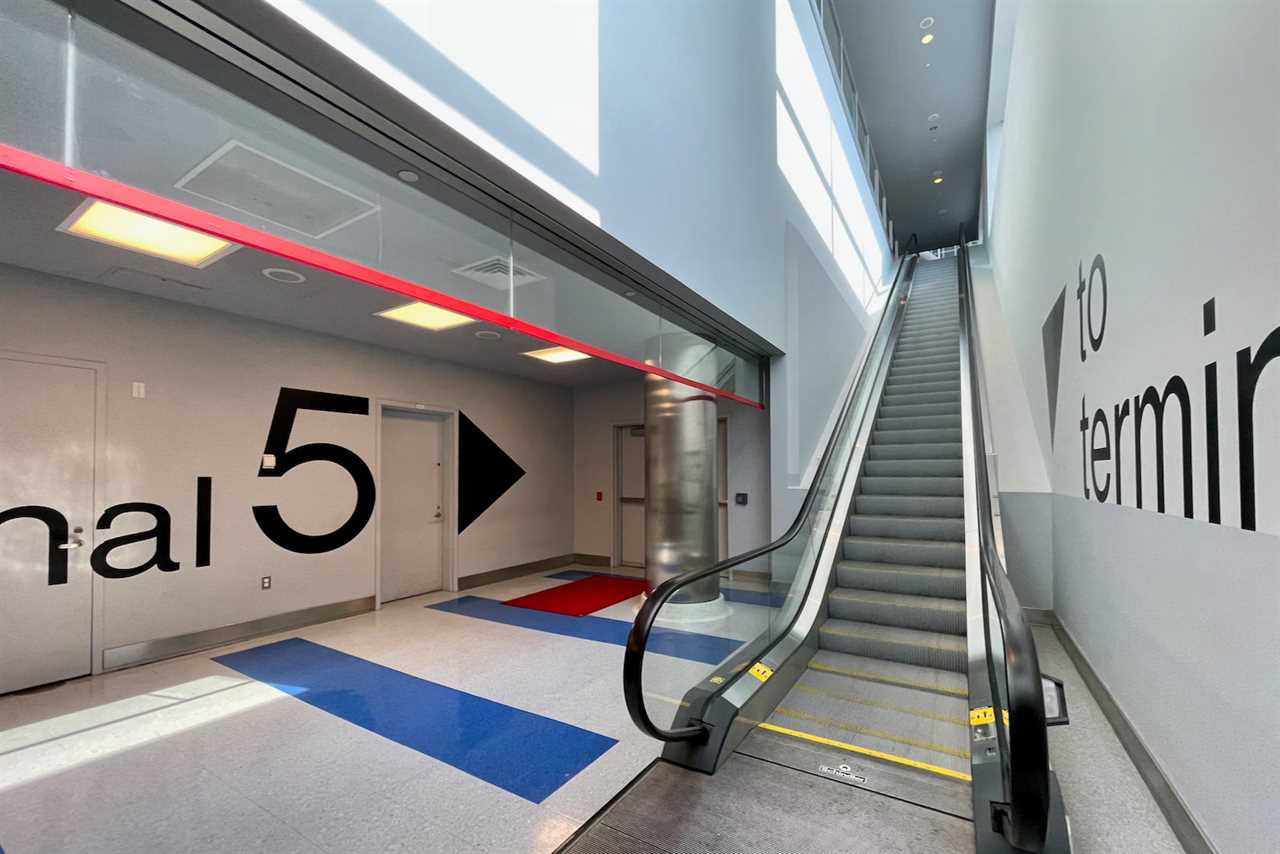 There isn’t much in the way of passenger amenities in the waiting area, but an American Airlines spokesperson told TPG that an enhanced product and experience are on the way, without providing any additional details.

Once it was time to board, the doors opened and a ramp extended to accommodate persons who use a wheelchair. 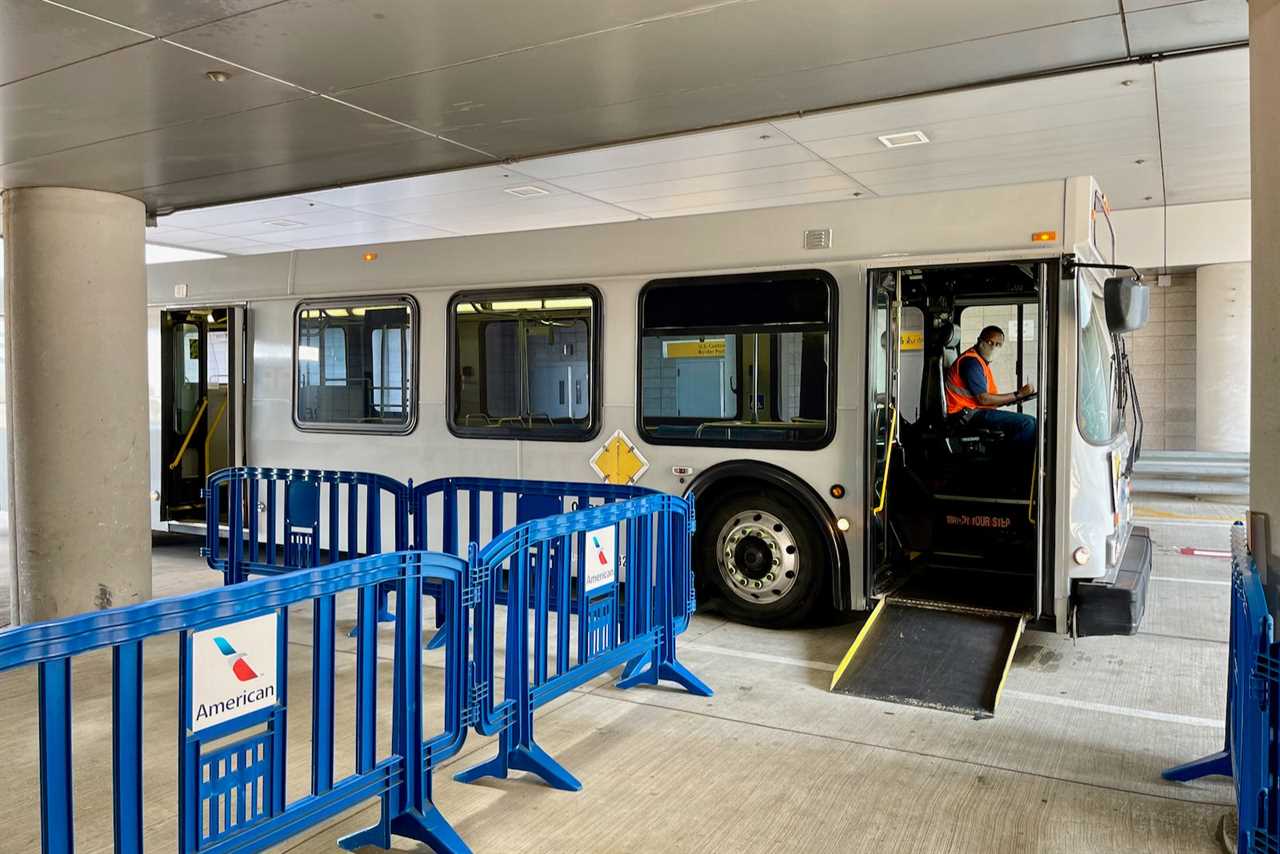 There weren’t any other passengers on my bus, but I witnessed two disembark in Terminal 8 while I was boarding. It was likely just a slow Monday afternoon because the airline spokesperson said that usage has been “performing well.” 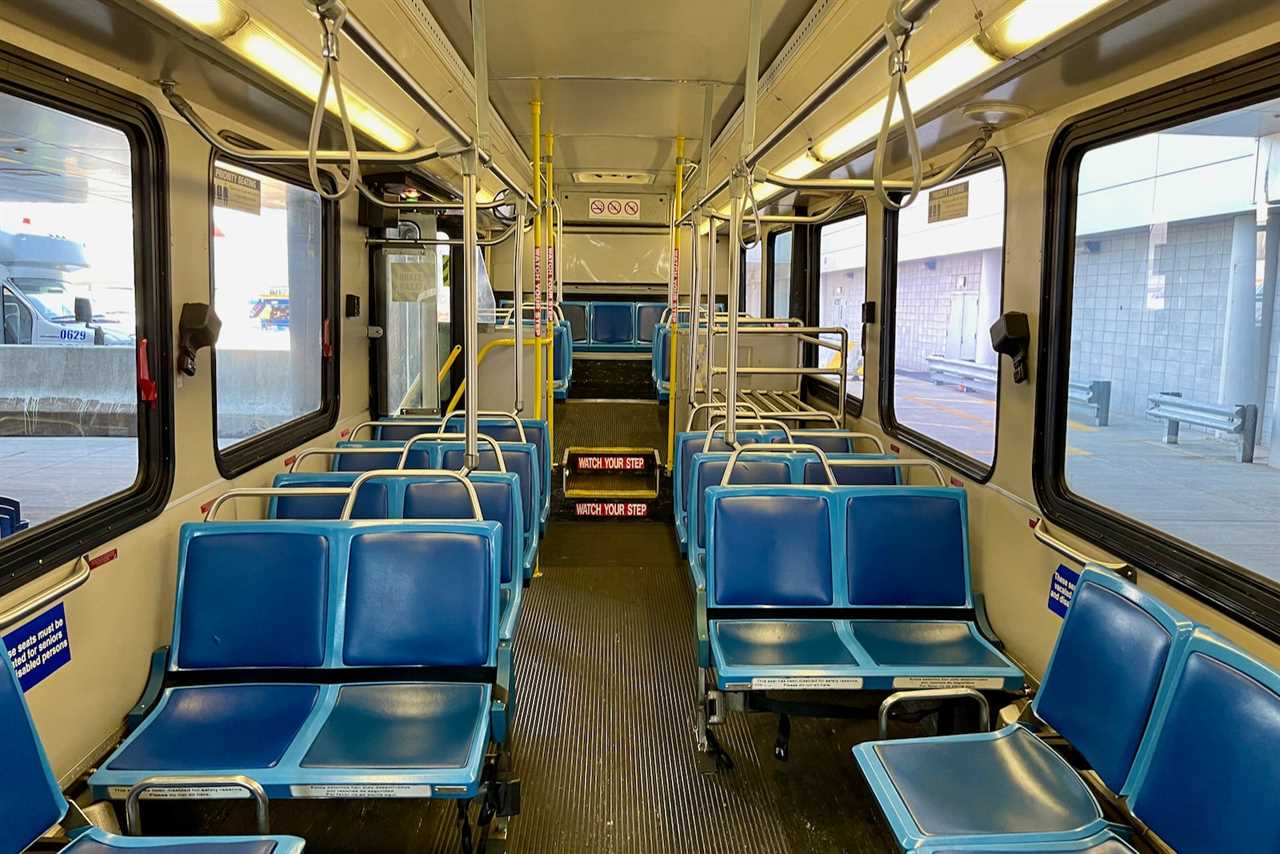 We didn’t wait long to depart. As we pulled out, I caught a glimpse of some American Boeing 777s, before we drove towards Terminal 7, passing by AA’s transatlantic partner, British Airways, and finally arriving at the home of its newest partner, JetBlue. 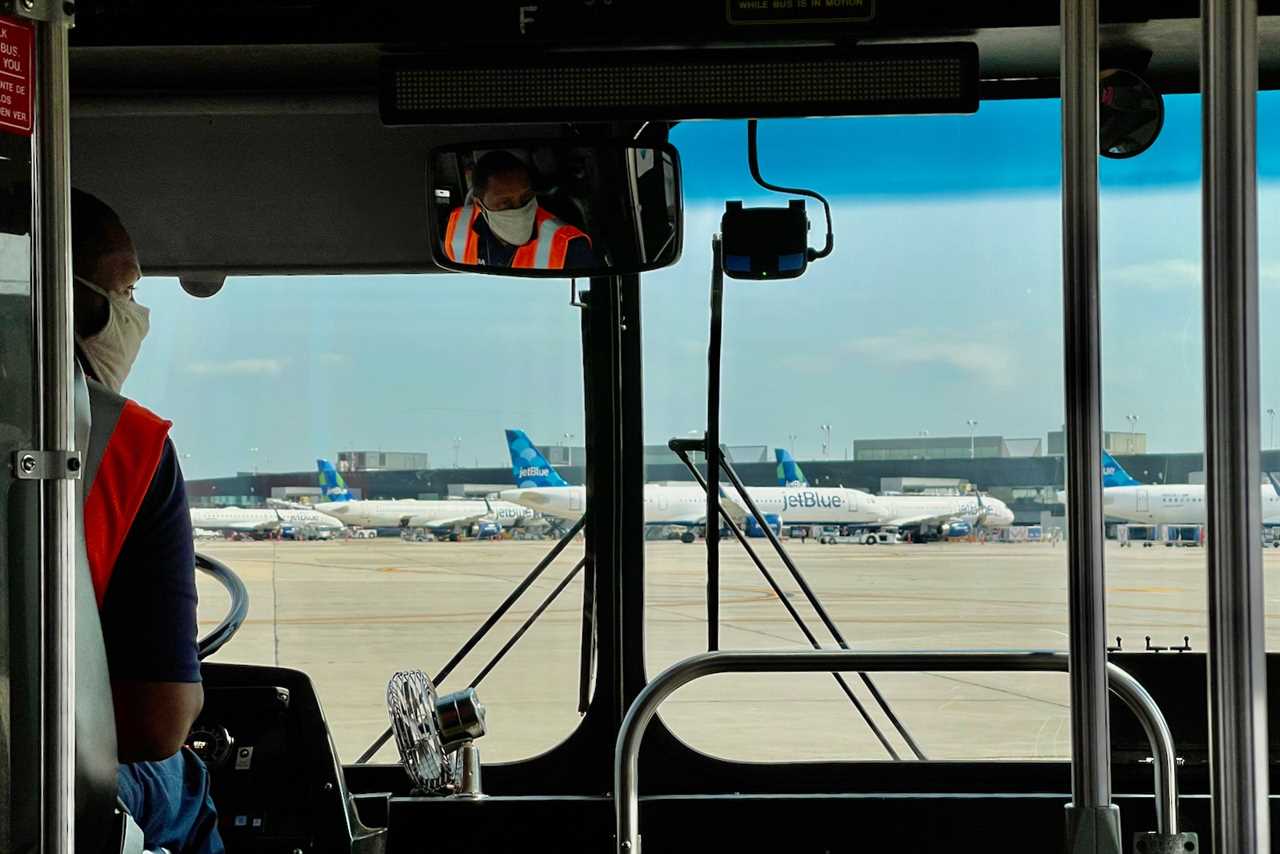 Once inside the dungeons of Terminal 5, I took an elevator up to the departures level, where I found myself standing in a small hold room across from Gate 26. 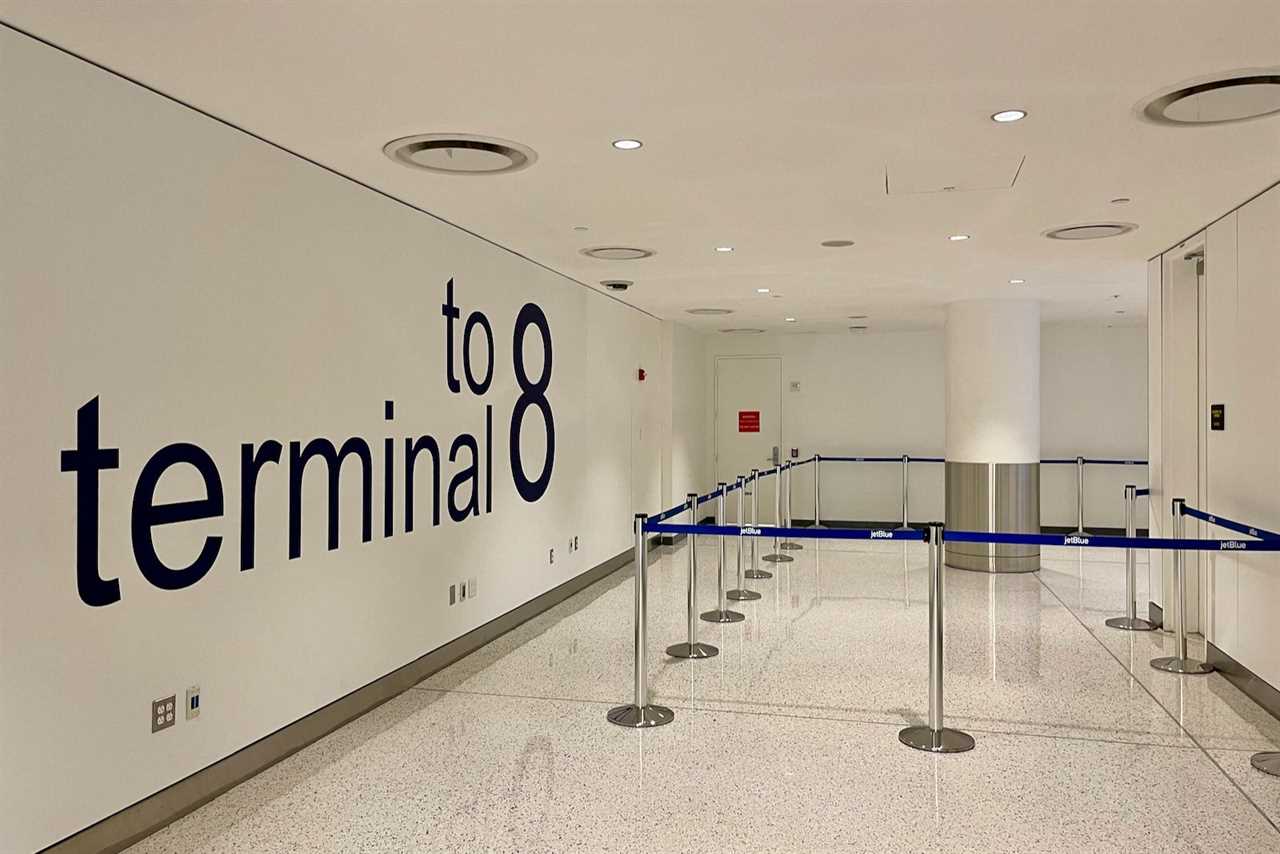 I quickly exited the hold room, snapped a photo and proceeded with my day. 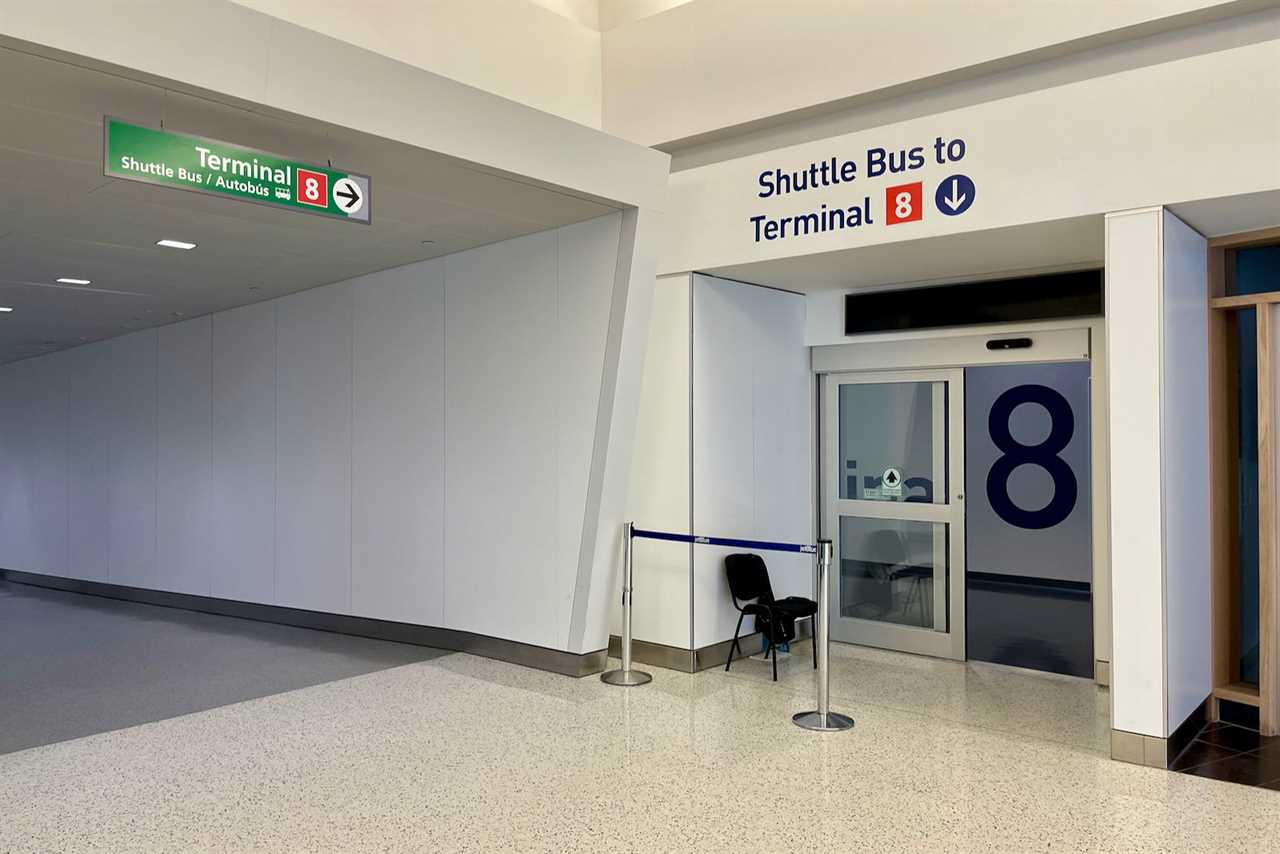 At just 15 minutes total from Terminal 8 to 5, including waiting time, this is a major improvement to the JFK connection experience. Overall, this secure side transfer reduces the average connection time for customers traveling between T5 and T8 by 30-35 minutes.

Yes, it’s just a bus, but compared to taking the AirTrain and reclearing security, this is a welcome start to “phase one of implementation,” as the spokesperson described it. 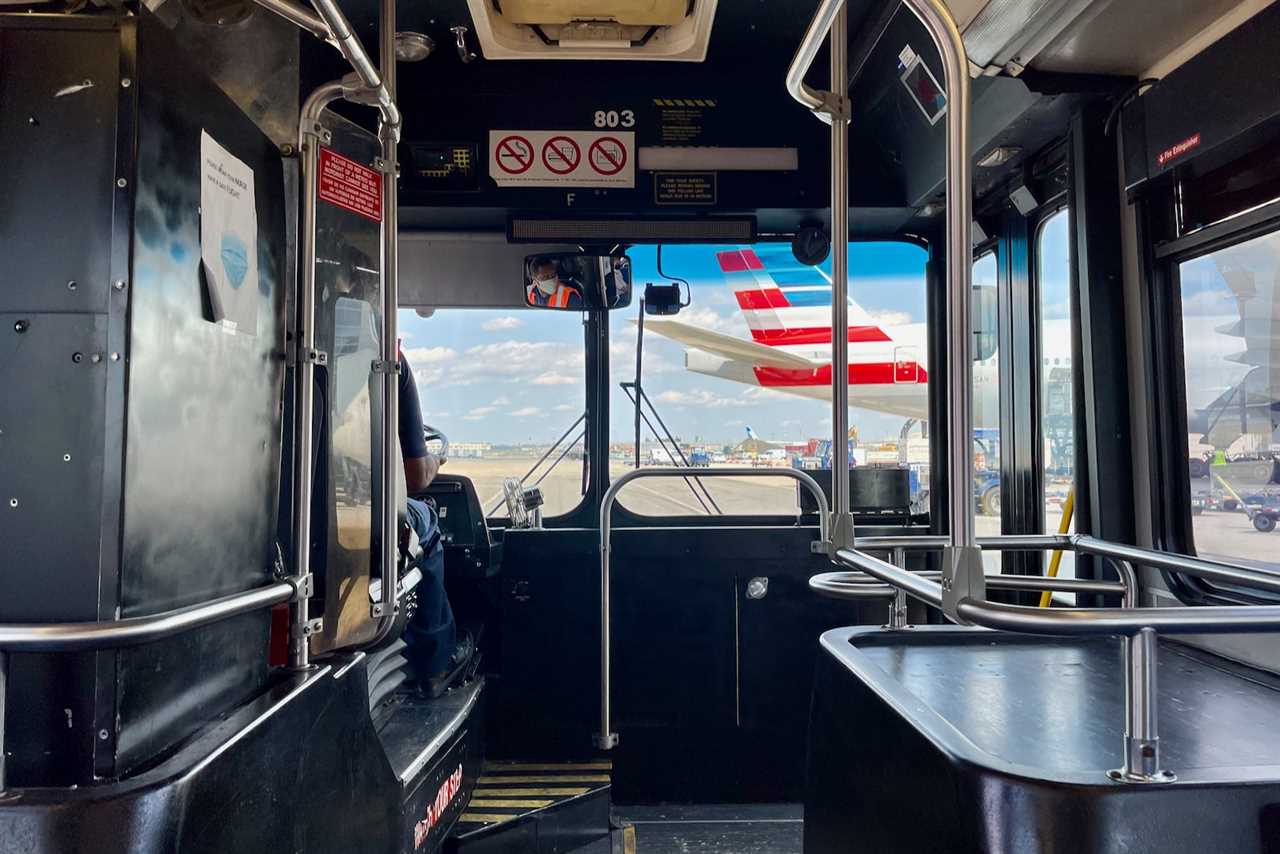 As for what’s coming, who knows, but one thing’s for certain: a simple bus ride can go a long way.